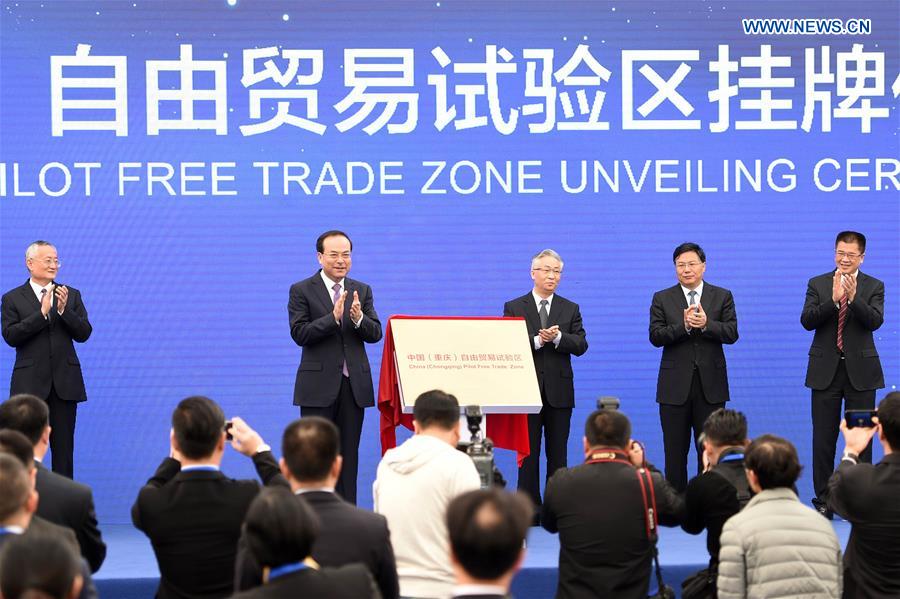 The unveiling ceremony of China Shaanxi FTZ was held Saturday morning in Xi'an Hi-tech Industries Development Zone. The newly established Shaanxi FTZ will consist of three areas, including the core area, the Xi'an International Trade and Logistics Park and the Yangling Demonstration Zone, covering a total of 119.95 square km.

"As the first FTZ in northwest China, Shaanxi will seek to develop cultural and economic relations with countries along the Silk Road while becoming a model for other inland regions," said Lu Shanbing, deputy director of the Silk Road Research Institute of Northwest University.

The State Council has approved the seven new zones in the provinces of Liaoning, Zhejiang, Henan, Hubei, Sichuan and Shaanxi as well as Chongqing Municipality, according to an official statement Friday.

China established its first FTZ in Shanghai in 2013, and expanded to three more provincial-level areas of Tianjin, Fujian and Guangdong. The new FTZs will bring the total number of zones to 11.