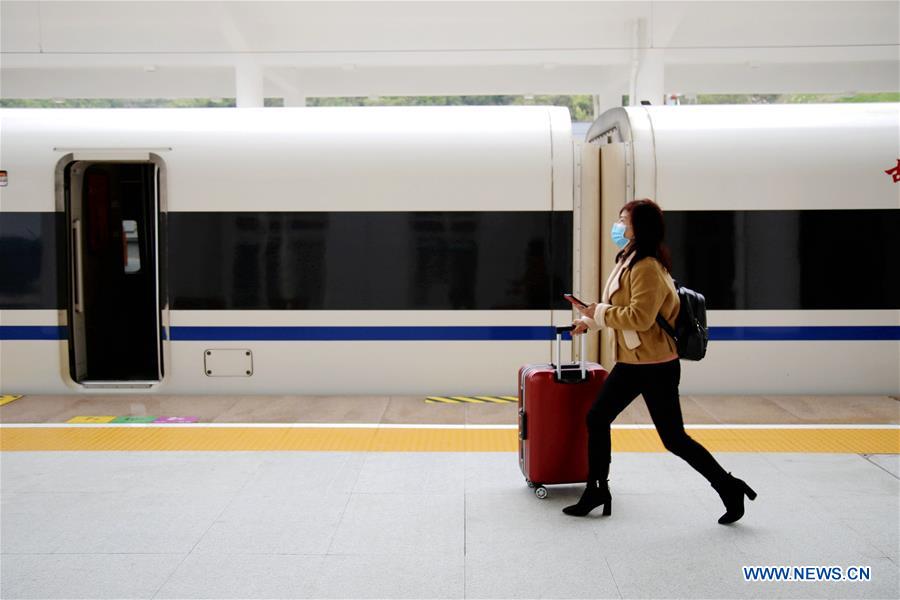 WUHAN, March 28 (Xinhua) -- Central China's Hubei Province had removed all 1,450 highway checkpoints, except 51 others in its capital city of Wuhan, to resume outbound traffic as of Friday, the provincial headquarters for epidemic prevention and control said Saturday.

The virus-hit province lifted outbound travel restrictions in all areas except Wuhan on March 25, with all checkpoints at expressway exits, national and provincial-level highways removed within two days.

All remaining checkpoints in Wuhan will be removed on April 8, when the hardest-hit Chinese city in the COVID-19 outbreak plans to lift outbound travel curbs after over two months of lockdown.