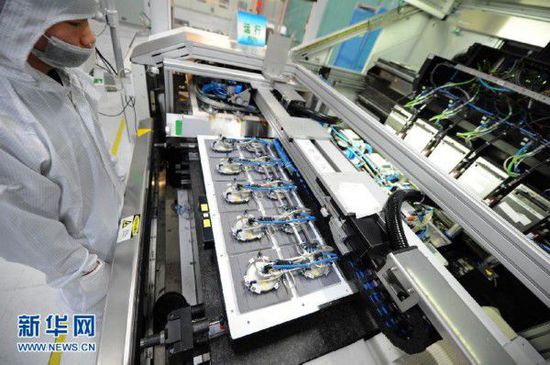 BEIJING, Sept. 28 (Xinhua) -- China's economic miracle can be baffling for many westerners, as the country is often at odds with the traditional understanding of what socialism is, going against the grain of standard political and economic theory.

While many western countries continue to stagnate, China has grown and kept stable. This is due to the strong leadership of the Communist Party of China (CPC), which is markedly different from the western system where multiple parties hold office in turn, often bickering on their way to power.

Ahead of the 19th National Congress of the CPC, the west should attempt to decode the mystery of China's economic miracle as it can offer an insight to the future of China and the world.

The west has long wondered how such an ancient civilization can modernize so quickly while under the leadership of a Marxist party. Some have mistakenly attributed such modernization to the success of neoliberalism.

Yuan Fangcheng, professor of the School of Politics and International Studies of Central China Normal University, believes China's success not only lies in its economic miracle, but also in political reasons.

Chen Shuguang, a professor with the Party School of the CPC Central Committee, agrees with this analysis, saying that one of the major advantages of the Chinese political system is its ability to formulate long-term development plans and implement them in an effective manner.

Chen notes that the CPC has maintained consistency in its commitment and policy-making while adapting to changing domestic and international conditions.

"The CPC effectively avoided short-term behaviors and vetocracy during its governance, thus ensuring consistency and stability of national policies and strategies," Chen said.

The CPC is exactly such a modern political organization and serves as the first and foremost answer to the mysteries behind the China miracle.

HOW A SOCIALIST MARKET ECONOMY CAN REMAIN VITAL

Some in the West believe the existence of a socialist political system and a market economy is a paradox, which makes them confused by the success of the Chinese model.

But simply putting the two concepts against each other ignores the huge potential and hidden strength of such a course.

"A socialist system and the market economy are not incompatible by nature," Chen said.

Since the 1980s, China and other socialist countries have all taken reform initiatives but gone down different paths. The CPC has sought to combine the strengths of its political system with market principles.

The key to such success is a good balance between the roles of the government and the market.

A reform decision in 2013 said that it was China's aim for the market to play a "decisive" role in allocating resources. Analysts hailed this as a significant breakthrough.

By changing the role of the market from a basic to decisive one, China was following the principles of market economy, while giving the government a better role in macro-policy efficiency.

"The market is not omnipotent and appropriate intervention of the government is necessary," noted Yan Jirong, professor with the school of government at Peking University.

Sticking to a steady path and constantly innovating, the CPC has kept the Chinese economy on a sustainable track, with breakthroughs in supply-side structural reform and new growth momentum.

WHY A PROSPEROUS CHINA WILL NOT WESTERNIZE

However, Martin Jacques, visiting senior fellow with the London School of Economics and Political Science, in his book "When China Rules the World" said that China's rise to becoming a global power might not tread the same path as the United States and Britain.

Indeed, by resisting westernization China has its own logic, both historically speaking and today.

Since ancient times, China has always upheld the idea of an even distribution of wealth among all people, echoing socialist values. For this reason, Marxism, though coming from the west, accords with Chinese culture, is comfortably accepted by the Chinese and is continually being sinicized.

The CPC sees people, not capital, as the most important factor in society, and the Party always represents the interests of the overwhelming majority of the Chinese people. These are the main reasons why the CPC is different from other parties, and why it will not be westernized.

Over the past 40 years, China's aggregate economic performance has surpassed Britain, France, Germany and Japan, and over 700 million people have shaken off poverty -- a modern economic miracle.

The CPC has set 2020 as the year for China to become a moderately prosperous society (Xiaokang) in an all-round way.

Lessons of failure are still vivid for some countries that tried to embrace the western model. In their move toward westernization, they failed to take into account their national realities, often plunging their countries into chaos.

"We have rejected both the old and rigid closed-door policy and any attempt to abandon socialism and take an erroneous path," said an 18th CPC National Congress report. These words help the world understand the path China has taken.

China is not picking sides between east and west, rather, it is forging its own development path amidst a changing global landscape. This is in itself a contribution to the political development of mankind.

HOW A RISING CHINA AFFECTS WORLD

At a time when a number of western countries are struggling with sluggish economies, social turbulence and populism, analysts worldwide have trained their eyes on the global impact of China's rise.

The Financial Times once described China's rise as the most important event of the era, saying the revival of a country taking up one-fifth of the world population would have far-reaching implications.

When Napoleon Bonaparte called China a sleeping lion two centuries ago, he said that when that lion awakened, "she will shake the world."

However, President Xi Jinping has said the awakened China lion is a "peaceful, pleasant and civilized" creature, with no intention of ever threatening anybody.

Rather than shaking the world, China is bringing opportunities, increasingly engaging with other countries, and contributing to global peace and prosperity.

China is walking the talk. China that used to offer just products now offers global solutions. With its notion of a global community of shared future and its Belt and Road Initiative, it is looking to establish a more equitable and balanced world. China's rise is not just good for China, but good for the entire world.