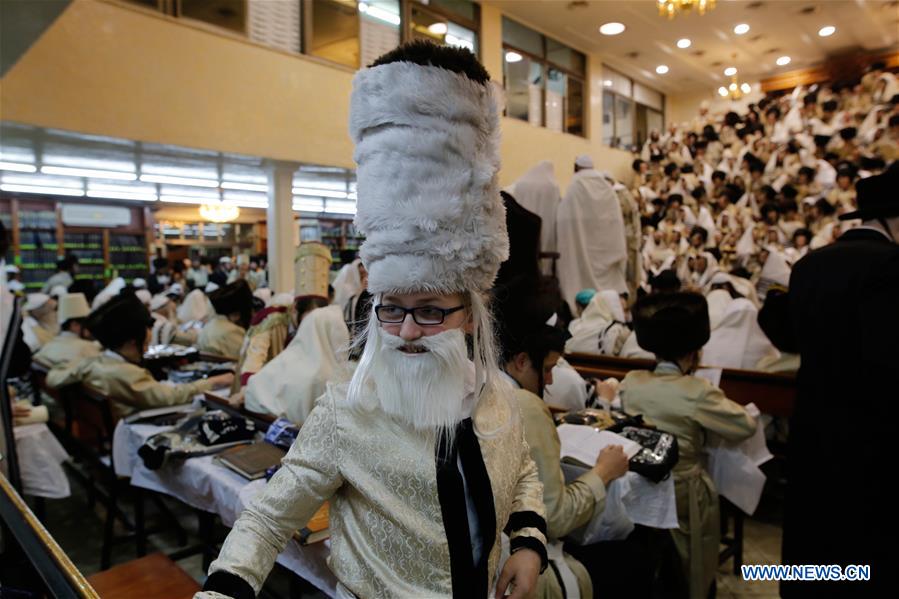 Ultra-Orthodox Jewish men celebrate Purim at a synagogue in Mea Shearim, Jerusalem, on March 13, 2017. Purim is a Jewish holiday that commemorates the deliverance of the Jewish people from Haman's plot during the reign of the ancient Persian Empire, according to the Biblical Book of Esther. (Xinhua/Gil Cohen Magen)