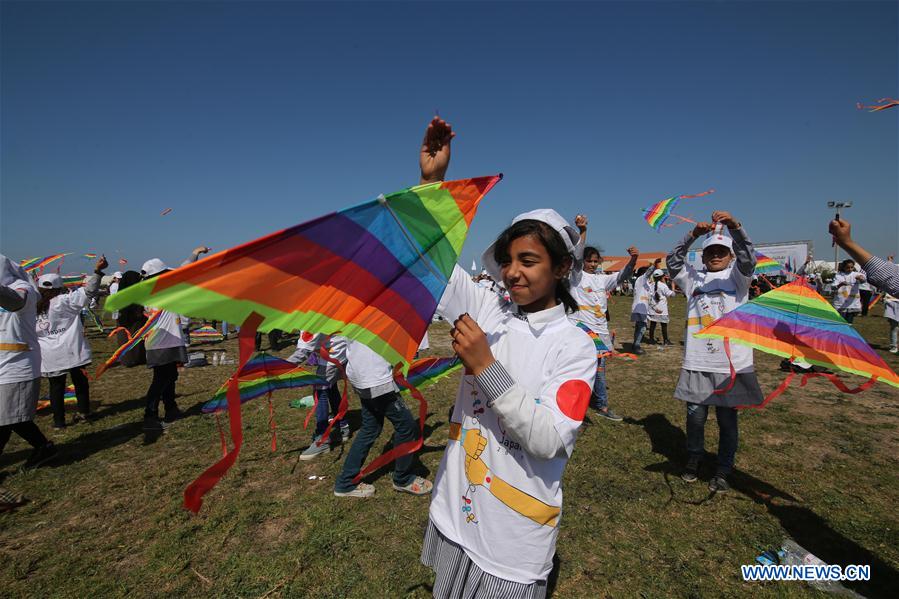 Palestinian schoolgirls fly kites during a commemoration organized by the United Nations Relief and Works Agency (UNRWA) to mark the sixth anniversary of Japan's earthquake and tsunami in southern Gaza Strip city of Khan Younis, on March 5, 2017. Hundreds of Palestinian children participated in this event to show support for the Japanese people who suffered in the earthquake and tsunami in Japan in 2011. (Xinhua/Khaled Omar)