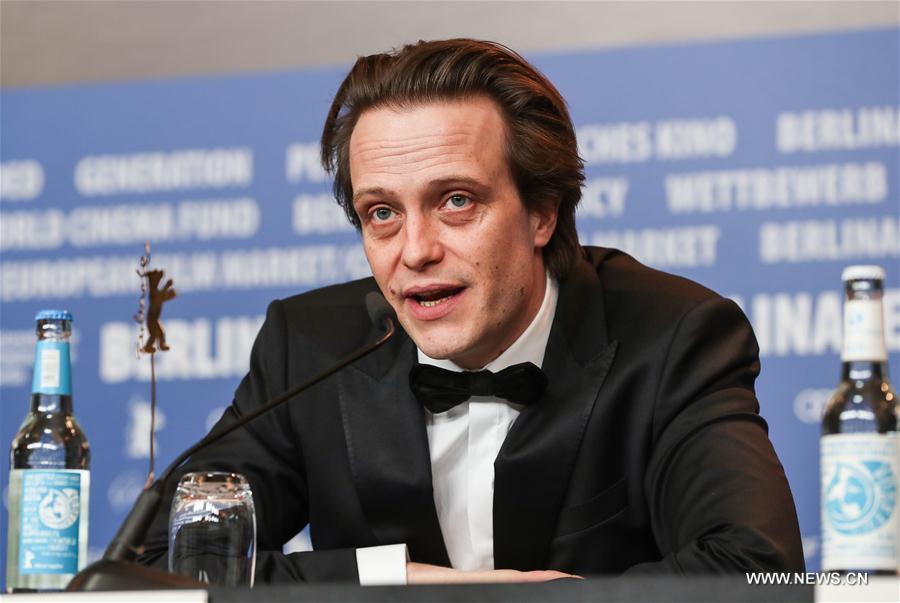 Actor August Diehl attends a press conference for the film Le jeune Karl Marx (The Young Karl Marx) during the 67th Berlinale International Film Festival in Berlin, capital of Germany, on Feb. 12, 2016. The 67th Berlin International Film Festival runs from Feb. 9 to 19, during which a total of 399 films from 72 countries and regions will be screened and a series of cultural events will be held. (Xinhua/Shan Yuqi)