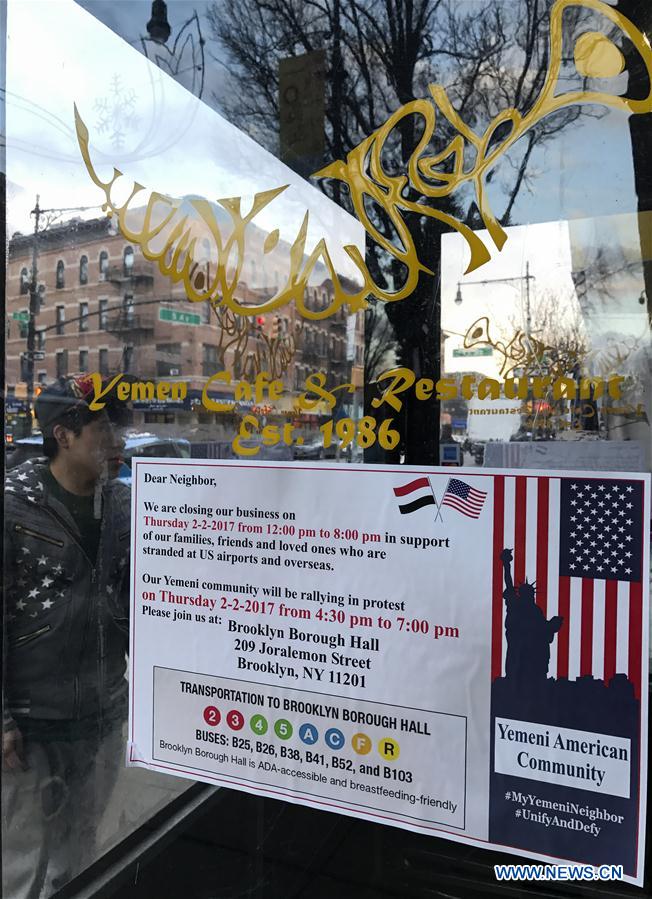 A pedestrian reads the poster on the window of a cafe which is closed for half day in response to the Yemeni Businesses Shut Down & Rally Against "Muslim Ban" activity in Brooklyn of New York, the United States, Feb. 2, 2017. An activity called Yemeni Businesses Shut Down & Rally Against "Muslim Ban" was held on Thursday, to protest against U.S. President Donald Trump's travel ban on people from seven Muslim countries. More than a thousand people from local Yemeni community participated by closing their business from noon to evening and joining the rally. (Xinhua/Wang Ying)