China urges U.S. to improve its own human rights 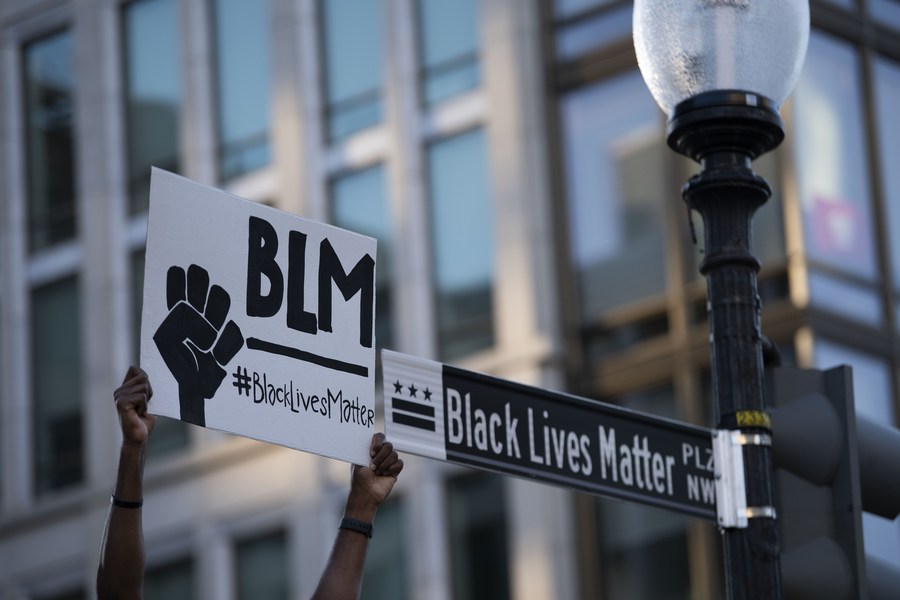 A protester holds a sign that reads "Black Lives Matter" near the White House during a demonstration over the death of George Floyd in Washington D.C., the United States, June 8, 2020. (Xinhua/Liu Jie)

BEIJING, April 7 (Xinhua) -- China urges the United States to face up to its own serious human rights problems and take concrete measures to improve its own human rights situation, a Chinese foreign ministry spokesperson said Wednesday.

In response, spokesperson Zhao Lijian said the so-called "genocide" in Xinjiang is the most preposterous lie of the century. By smearing others, the United States is trying to distract attention away from its own blatant human rights violations.

Noting that history has recorded all the crimes committed by the U.S. side in violating human rights, Zhao listed five kinds of crimes at the press briefing.

The first is colonialism. U.S. history has recorded the horrific systemic ethnic cleansing and slaughter of Native Americans, which constitute genocide and crimes against humanity. Over nearly 100 years after the United States was founded, Native Americans were expelled and killed during the Westward Expansion. Their population dwindled from 5 million at the end of the 15th century to 250,000 at the beginning of the 20th century.

The second is racism. In the United States, racism is a systemic and persistent problem covering every aspect of society. As pointed out by the UN Committee on the Elimination of Racial Discrimination, African Americans face systemic racism in terms of their health, employment, education, the legal system and beyond. Since the outbreak of COVID-19, hate crimes against Asians soared by 150 percent from March last year in the United States. When the UN Human Rights Council was reviewing the report on the United States this year, over 110 countries criticized the United States on its human rights issues, urging the country to take concrete measures to solve systemic problems such as discrimination against minority groups.

The third is exporting unrest. Since 2001, the United States has launched wars and military operations under the pretext of "countering terrorism" in about 80 countries around the world, which have claimed more than 800,000 lives, including about 330,000 civilians, and tens of millions of people have been displaced in Afghanistan, Iraq, Syria and many other countries. The United States and the West supported and instigated the "Arab Spring," which plunged countries across West Asia and North Africa into turmoil from which they have yet to recover. 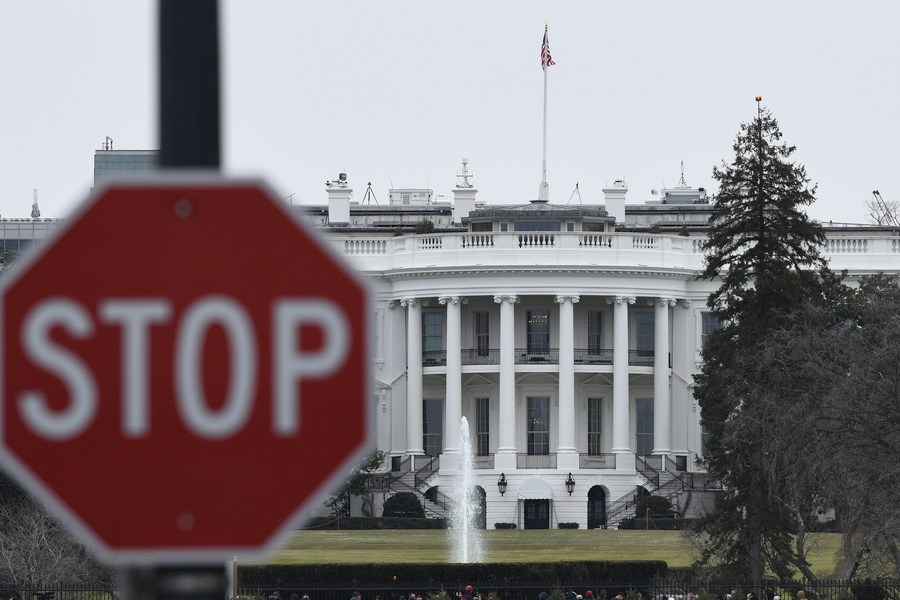 Photo taken on Jan. 12, 2019 shows the White House and a stop sign in Washington D.C., the United States. (Xinhua/Liu Jie)

The fourth is interference. Hiding behind the banner of human rights over sovereignty, the United States has ignored the principles of respecting national sovereignty and non-interference in internal affairs in the UN Charter, and imposed unilateral sanctions on relevant developing countries, triggering serious humanitarian crisis.

The fifth is double standards. The United States has turned a blind eye to the fact that Xinjiang enjoys prosperity and development and that the 25 million residents of all ethnic groups in the region live in harmony and solidarity, and arbitrarily slapped the label of "genocide" on China based on nothing but the accounts of a few fake academics and false witnesses. However, after the terrorist attacks on Sept. 11, 2001, extreme acts such as smashing and looting mosques occurred in some Muslim neighborhoods in U.S. cities. In 2017, the previous U.S. administration put in place the anti-Muslim ban, making the U.S. the only country in the world to have issued a ban targeting Muslim community specifically. According to one poll in the United States, more than 80 percent of respondents believe that Muslims face discrimination in the country.

"We urge the United States to put aside its arrogance and prejudice, face up to its own serious human rights problems and take concrete measures to improve its own human rights situation," Zhao said. ■