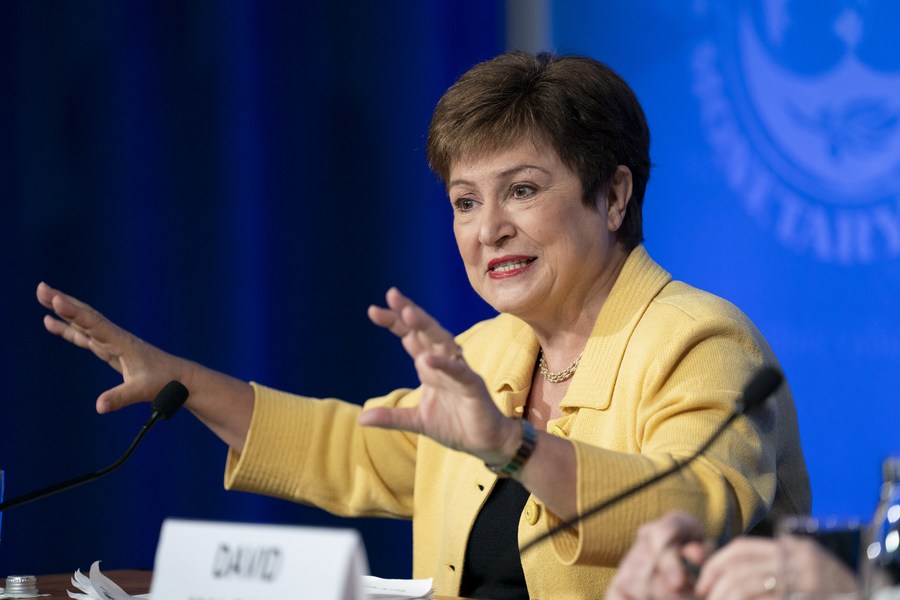 "In emerging and developing countries, excluding China, we project by 2022 cumulative per capita income losses as high as 22 percent, versus 13 percent in advanced economies," IMF Managing Director Kristalina Georgieva said.

Noting that the world economy is on the path of recovery, Georgieva, however, note that "uncertainties remain very high," as vaccinations still have a long way to go against new waves and variants of the virus.

At the virtual meeting of the G20 Finance Ministers and Central Bank Governors under the Italian Presidency, the IMF chief highlighted the "dangerous divergence" between and within economies.

"In emerging and developing countries, excluding China, we project by 2022 cumulative per capita income losses as high as 22 percent, versus 13 percent in advanced economies," Georgieva said.

"And we forecast that only half of the countries that were narrowing their income gaps relative to advanced economies will continue to do so over 2020-22," she continued.

Within countries, she noted, the young, the low-skilled, and women have been "disproportionately affected" by job losses.

The IMF chief called for strong and determined action from G20 policymakers, noting that international collaboration is needed to accelerate production and make vaccines available everywhere "as fast as possible." 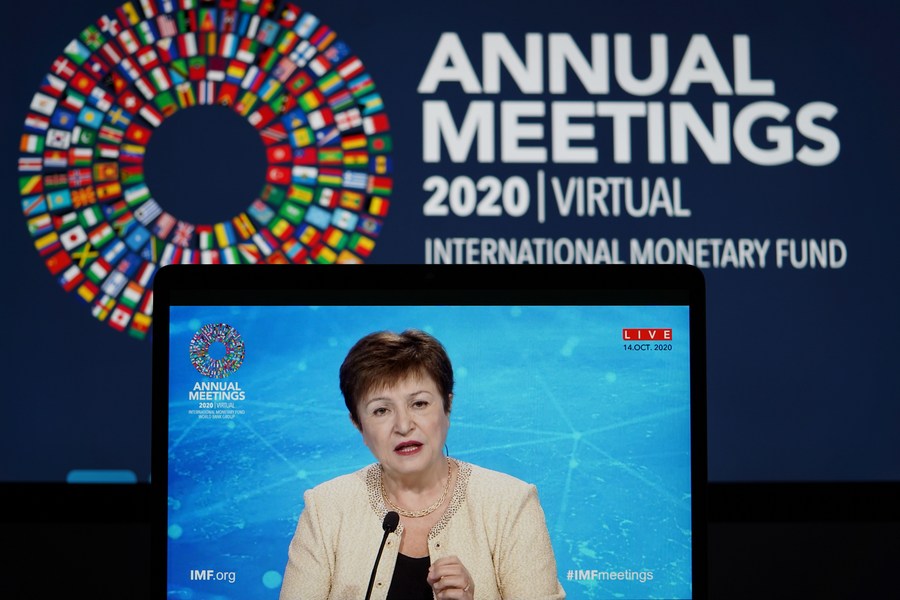 International Monetary Fund (IMF) Managing Director Kristalina Georgieva speaks during a virtual news conference for the annual meeting of the World Bank Group and the IMF in Washington, D.C., the United States, on Oct. 14, 2020. (Xinhua/Liu Jie)

She urged governments to resolve to provide lifelines to business and households, tailored to countries' circumstances, "until there is a durable exit from the health crisis," adding that policymakers should "prepare for risks and unintended consequences" once policy support is gradually withdrawn.

The IMF chief also highlighted the urgency to step up support to vulnerable countries. "We must deploy all tools at our disposal."

"I am very encouraged by the growing support for a new Special Drawing Right (SDR) allocation, to boost reserves of all members in a transparent and accountable manner," Georgieva said.

"We will play our part in the areas of our comparative strength, such as integrating climate in public revenues and spending policies, climate-related financial stability risks and data," she said. ■