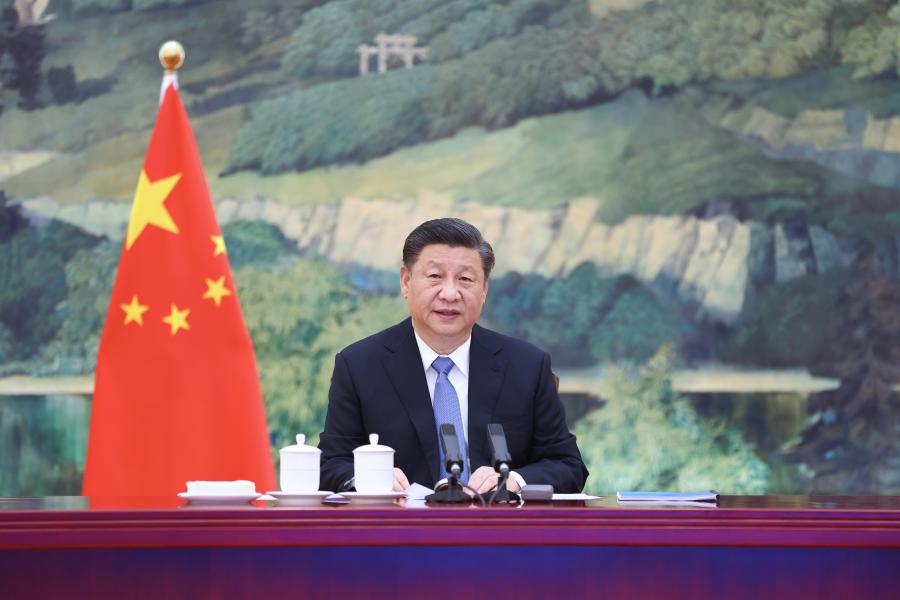 The work report hearing was conducted via video link in line with COVID-19 control needs, Xi said, adding that he was "very concerned and worried" as the fourth wave of the epidemic in Hong Kong has posed relatively big threats to citizens' life and health.

The central government has taken and will continue to take all necessary measures to fully support HKSAR in fighting COVID-19, Xi said, calling for firming up confidence and staying united in the anti-epidemic fight.

He said Lam and the HKSAR government calmly coped with multiple serious challenges brought by the turbulence over the proposed ordinance amendments, the COVID-19 epidemic and the adverse changes in the external environment over the past year.

Certain success has been achieved in maintaining order, fighting the virus, addressing people's difficulties and reviving the economy, Xi said.

"What should be noted is that since the National People's Congress Standing Committee adopted the national security law in the HKSAR, you have led the HKSAR government in resolutely enforcing it, stopping violence and chaos in accordance with the law and working to bring Hong Kong back on track," Xi said.

"On major issues such as national security, you have taken a firm stand and assumed responsibilities, demonstrating your love of and deep sense of responsibility to the motherland and Hong Kong," Xi told Lam.

"The central authorities fully acknowledge your performance and the performance of the HKSAR government in fulfilling duties," Xi said.

Hong Kong's transition from chaos to stability has once again demonstrated that the principle of "patriots governing Hong Kong" must be always upheld to ensure the steady and sustained implementation of "one country, two systems," he said.

It is the fundamental principle that concerns national sovereignty, security and development interests, as well as Hong Kong's prosperity and stability in the long run, Xi added.

Xi said that Hong Kong can only maintain its long-term stability and security by ensuring "patriots governing Hong Kong."

He also sent his regards to the officials of the HKSAR government who were unreasonably sanctioned by the United States.

Lam expressed her sincere gratitude for the central authorities' care and support for Hong Kong and pledged to lead the HKSAR governance team in working harder and fearlessly to overcome difficulties and let Hong Kong start anew.