GENEVA, Jan. 26 (Xinhua) -- Chinese President Xi Jinping's speech at the World Economic Forum (WEF) Virtual Event of the Davos Agenda on multilateralism on Monday was "historic" and came at a crucial point "in the history of humankind," said Klaus Schwab, founder and executive chairman of the WEF.

"The speech of President Xi Jinping was historic. Four years after he made a famous speech in Davos, in 2017, where he emphasized the need for the world to embrace multilateralism, he came back to this proposal and notion of multilateralism at a very crucial time in the history of humankind," Schwab said in a video message sent by the WEF to Xinhua.

"After four years of confrontation, we have now the opportunity to reset the pace of global cooperation and to enter into an age of cooperation," Schwab added. 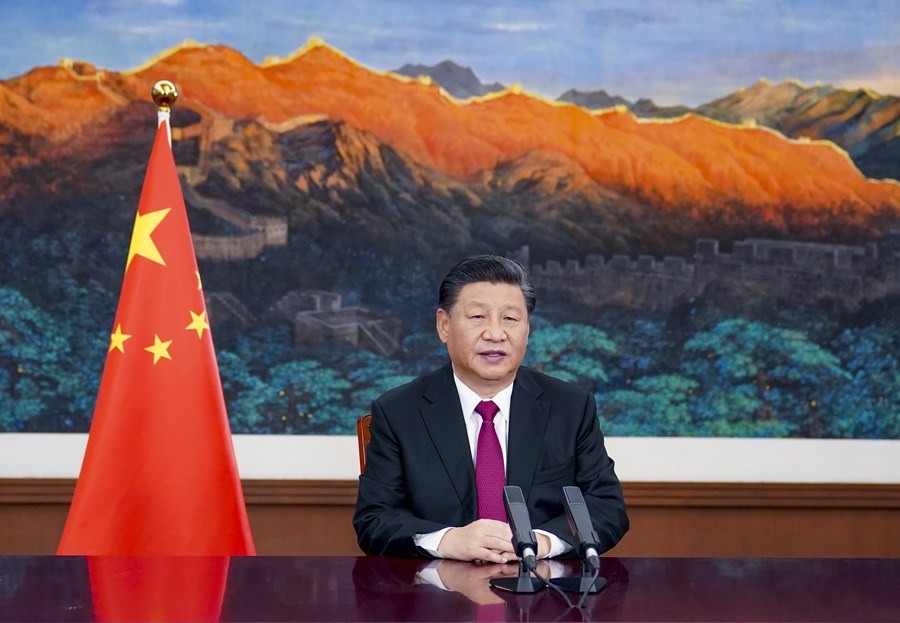 Xi, who made the first special address of the event, had his first appearance at the WEF in Davos, Switzerland, in 2017.

In his keynote speech on Monday, Xi urged abandoning arrogance and isolation mindsets, saying that "we have been shown time and again that to beggar thy neighbor, to go it alone, and to slip into arrogant isolation will always fail." 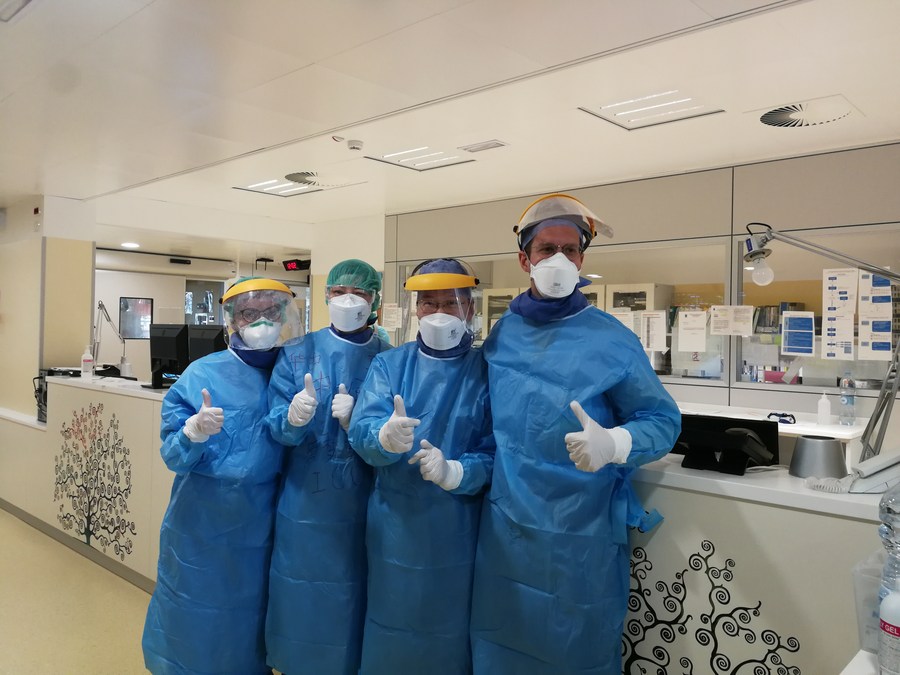 "Multilateralism should not be used as pretext for acts of unilateralism. Principles should be preserved and rules, once made, should be followed by all," Xi said. Schwab said that Xi showed the principles of how countries around the world should work together in the future, "based on mutual respect and cooperation."

"He also highlighted the big issues which we as a shared common global community have to address, namely, to fight and to be able to declare victory over COVID-19, to address poverty, to make sure that we have a better integration of the developing world into global prosperity, and finally, to really fight climate change and to decarbonize," Schwab said. 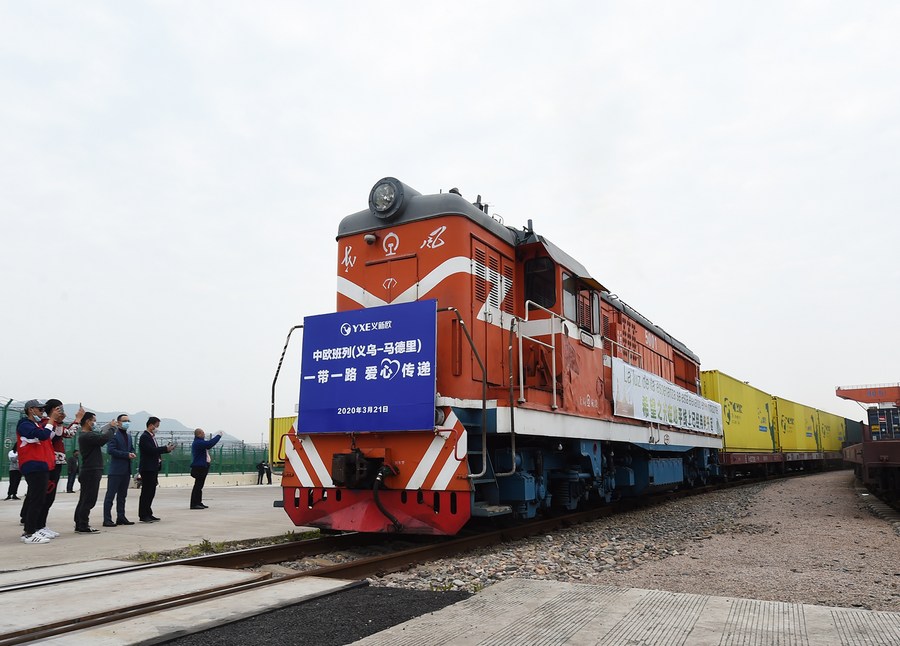 A China-Europe freight train bound for Madrid of Spain, which carries two containers of medical supplies as well as other goods, departs the city of Yiwu, east China's Zhejiang Province, March 21, 2020. (Photo by Gong Xianming/Xinhua)

"I'm sure that his speech will heavily influence all other contributions during this Davos Agenda week in a very positive way," he said.

The Davos Agenda will last until Friday under the theme "A Crucial Year to Rebuild Trust" and discuss current challenges such as COVID-19 vaccination, job creation and climate change. ■