King is best known for the nightly interview TV program "Larry King Live," which aired on CNN from 1985 to 2010.

LOS ANGELES, Jan. 23 (Xinhua) -- Larry King, a veteran U.S. talk show host and former CNN interviewer, died on Saturday at the age of 87 after media reported earlier this month that he had been diagnosed with COVID-19.

"With profound sadness, Ora Media announces the death of our co-founder, host, and friend Larry King, who passed away this morning at age 87 at Cedars-Sinai Medical Center in Los Angeles," said a statement posted on King's social media account.

King hosted CNN's "Larry King Live" for over two and a half decades and retired in 2010 after clocking in at more than 6,000 episodes.

"For 63 years and across the platforms of radio, television and digital media, Larry's many thousands of interviews, awards and global acclaim stand as a testament to his unique and lasting talent as a broadcaster," said Ora Media, a television production company co-founded by King, in the statement.

"Whether he was interviewing a U.S. president, foreign leader, celebrity, scandal-ridden personage, or an everyman, Larry liked to ask short, direct, and uncomplicated questions," noted the statement. 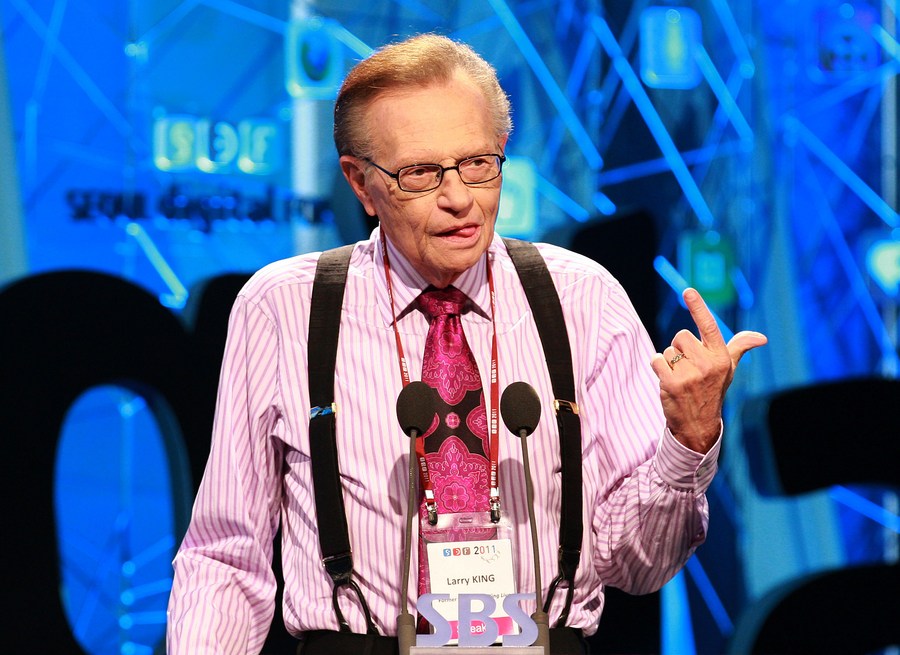 King was born in Brooklyn, New York, on Nov. 19, 1933. He got his start as a broadcaster at a small radio station in Florida in 1957. King is best known for the nightly interview television program "Larry King Live," which aired on CNN from 1985 to 2010. After his CNN career, King went on to be the host of Ora Media shows "Larry King Now" and "Politicking With Larry King."

"We mourn the passing of our colleague Larry King," CNN President Jeff Zucker said in a statement posted online, adding that King had a history-making career spanning radio and television.

"His curiosity about the world propelled his award-winning career in broadcasting, but it was his generosity of spirit that drew the world to him," Zucker noted.

King was honored with two Peabody Awards and 10 Cable ACE Awards in his career. He was also the recipient of a Lifetime Achievement Award at the 2011 News and Documentary Emmys.

No cause of death was given by Ora Media in the statement. Earlier this month, citing sources close to the family, CNN reported that King had been undergoing intensive treatment for over a week after being diagnosed with COVID-19. Besides Type 2 diabetes, King has also reportedly faced some other medical issues over years, such as heart attacks, angina and lung cancer. ■