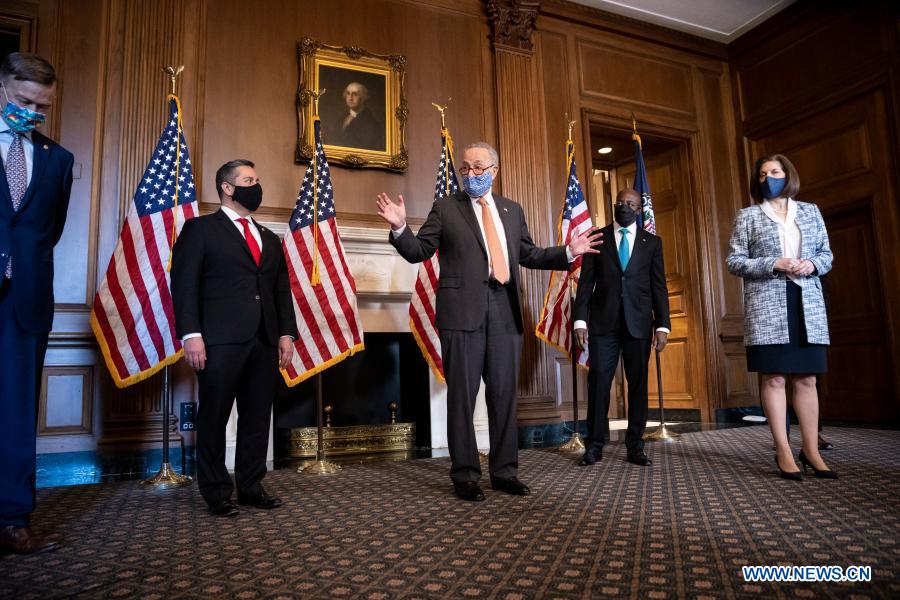 "Both the House managers and the defense will have a period of time to draft their legal briefs just as they did in previous trials," Schumer said from the Senate floor.

"Once the briefs are drafted, the presentation by the parties will commence the week of Feb. 8," Schumer said.

Earlier on Friday, Schumer said the House article of impeachment will be delivered to the Senate on Monday.

The article will be read on the Senate floor at 7 p.m. local time on Monday (0000 GMT Tuesday), said a report by The Hill. Senators will then be sworn in as jurors for the next day.

After that, the Senate will turn back to confirming President Joe Biden's Cabinet nominees or working on legislation while both sides draft their trial briefs.

The Democrats-controlled House voted to impeach Trump over "incitement of insurrection" in a 232-197 vote on Jan. 13, making him the first president to be impeached twice.

The impeachment resolution cited Trump's speech to supporters on Jan. 6 that was followed by some of the crowd breaching the Capitol building to interrupt Congress's certification of the 2020 election results as evidence of his "incitement of insurrection." Enditem