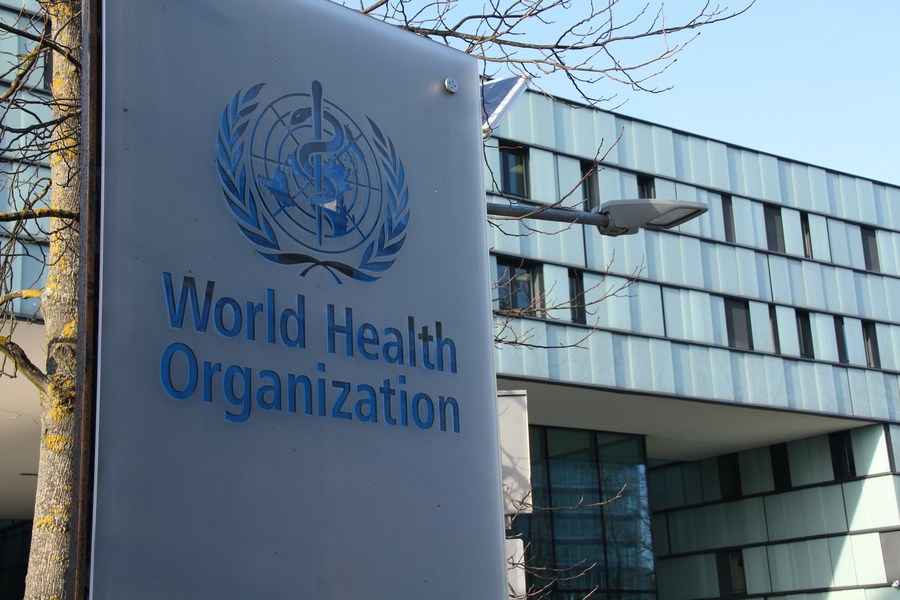 Photo taken on Jan. 22, 2020 shows an exterior view of the headquarters of the World Health Organization (WHO) in Geneva, Switzerland. (Xinhua/Liu Qu)

From rejoining the Paris Agreement and halting the U.S. withdrawal from the World Health Organization (WHO), to ending the construction of the U.S.-Mexico border wall and abolishing a travel ban for those from some Muslim-majority countries, Biden has moved quickly to dismantle the so-called "political legacy" Trump had touted in his farewell speech.

Biden said the executive orders were meant to fulfill the promise he had made to voters and guarantee immediate actions to address the critical challenges in the United States. The international community welcomes Biden's actions, especially on the U.S. return to the Paris Agreement and the WHO, because the world's sole superpower is finally willing to break its years-long "quitting addiction" and rejoin the global effort to tackle common challenges facing mankind. 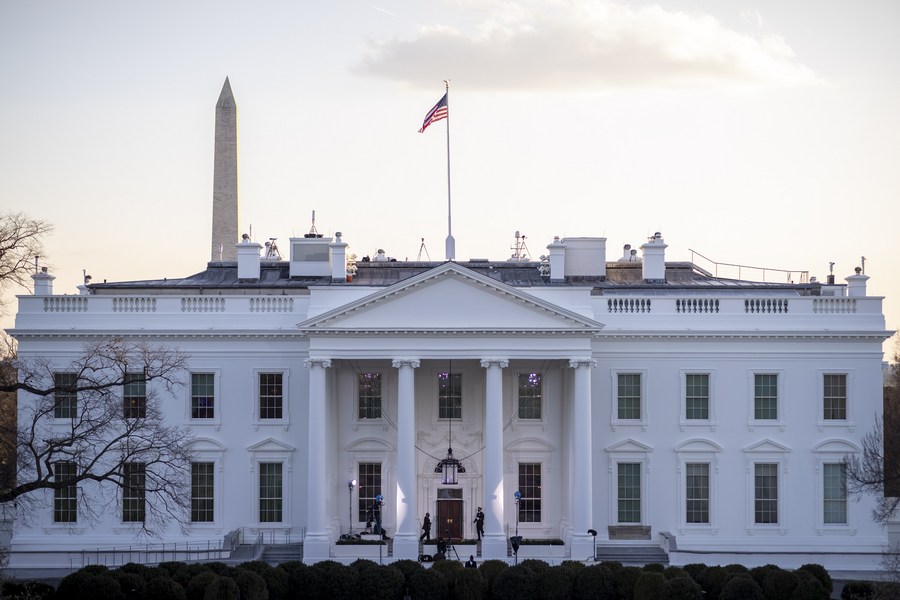 Still, it is impossible to ignore the fact that most of Biden's rollbacks, such as the Paris Agreement, the Iran nuclear deal and the Trans-Pacific Partnership, were pushed and signed by former President Barack Obama's administration. Those international treaties were deemed "toxic" to America's interests by Trump and swept away one by one in his days in office.

Now, the big question remains: Will there be another series of rollbacks in the White House once a new president takes the oath of office four or eight years later?

Political analysts have pointed out that both Obama and Trump relied too much on executive orders to push through controversial policy initiatives, which could be easily overturned when they lost their presidential powers.

Behind this obsession with policy reversals is America's dysfunctional political system that resulted from political polarization, partisan wrangling and social breakdown.

It seems that in recent years, U.S. policymakers have been increasingly interested in catering to their voters, broadening their base and conveying an image of being faithful to their promises and practical leaders, rather than reaching across partisan lines and looking for the best solutions to thorny problems at home and abroad. Their executive orders may work in the short term, but will only heighten the tension and deepen the divide in the long run. 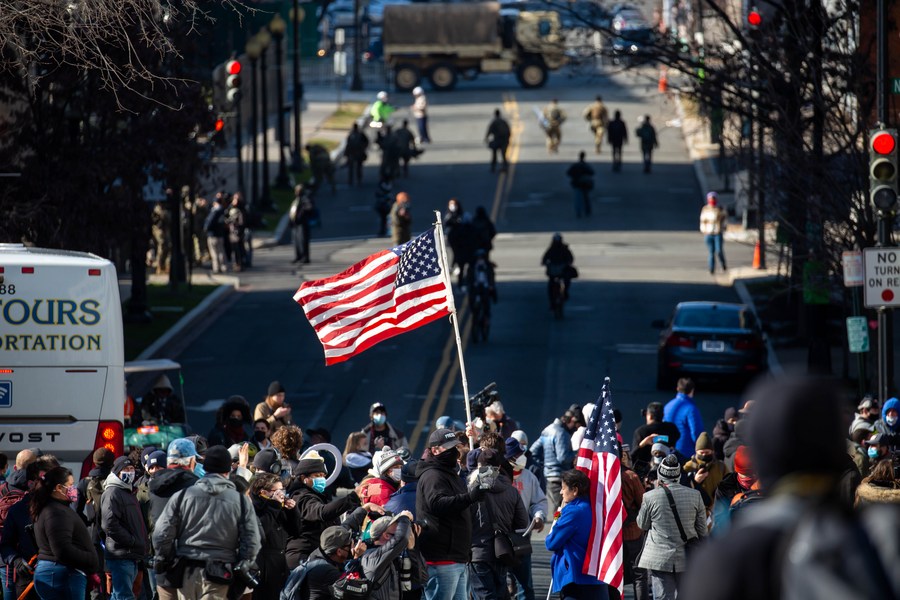 People gather on a street during the inauguration ceremony of the 46th President of the United States in Washington, D.C., the United States, on Jan. 20, 2021. (Photo by Michael Nagle/Xinhua)

Those U.S. policymakers will feel depressed when their political legacy is relentlessly undermined by their successors. But the pain of such back-and-forth dealings will be far more unbearable for ordinary Americans and the international community.

Over the past four years, U.S. domestic policy has watered down the American dream that used to celebrate ethnic diversity and equal opportunity, leaving immigrants separated from their children, out of school and jobless.

Over the past four years, capricious U.S. foreign policy has not only confused the international community and deepened global crises, but also inflicted great damage upon the United States itself, leaving over 400,000 Americans dead from the COVID-19 pandemic, and tarnishing its global credit and influence.

Biden's inauguration speech on Wednesday showed his awareness of America's daunting challenges. Still, he should realize that executive orders are not a long-term solution. In order to help fix the broken U.S. political system, perhaps he and his administration need to start by getting rid of the obsession with policy reversals first. ■