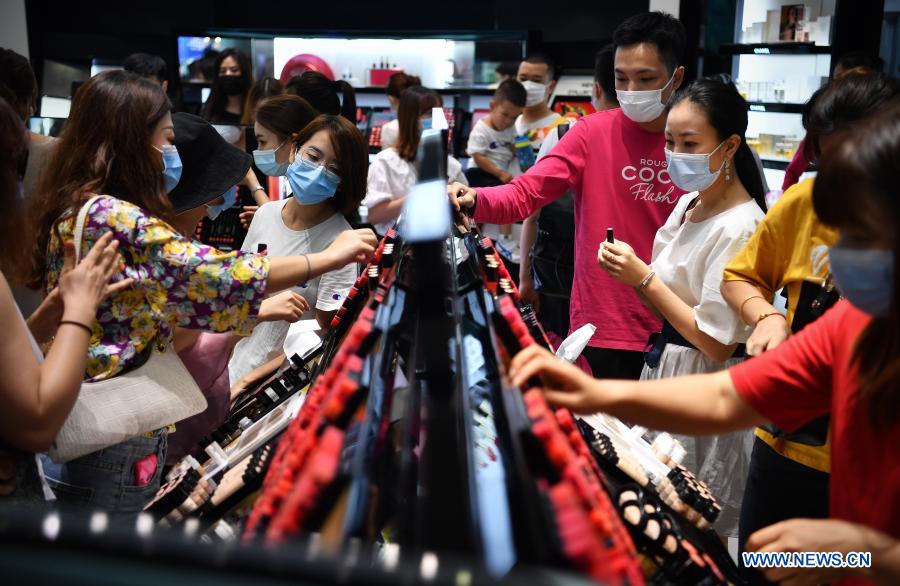 The country, which saw its GDP increase 2.3 percent year on year to 101.5986 trillion yuan last year, is expected to be the only major economy to post growth in the pandemic-ravaged year, according to the National Bureau of Statistics (NBS).

The hard-earned achievement marked a new economic milestone for the Chinese economy after the country's GDP per capita exceeded 10,000 U.S. dollars in 2019 for the first time in history.

The advance also came as the world's second-largest economy won a decisive victory in poverty eradication last year while making historic achievements in the building of a moderately prosperous society in all respects.

"These achievements show that China's economic, scientific and comprehensive strengths have leapt by another big step," said Ning Jizhe, head of the NBS.

Growing from 10 trillion yuan 20 years ago, China's economy is now likely to account for around 17 percent of the global economy, Ning told a press conference, attributing the growth to progress in fields including grain production, industrial production, high-speed railway construction and 5G technologies.

In 2020, China's per capita disposable income rose 2.1 percent to 32,189 yuan, basically keeping pace with the GDP increase, according to NBS data. Meanwhile, a total of 11.86 million new urban jobs were created in 2020, completing 131.8 percent of the target set for the whole year.

Noting that China remains the largest developing country in the world, Ning said the country's GDP per capita is still lower than the global average and has a gap with that of major developed countries.

Crossing the 100-trillion-yuan threshold is also of significance for China in its pursuit of fully building a modern socialist country, the country's second centenary goal, according to Ning.

Looking forward, China is expecting its per capita GDP to reach the level of moderately developed countries by 2035, according to the Communist Party of China leadership's proposals for formulating the 14th Five-Year Plan (2021-2025) and long-range goals.

The World Bank Group said earlier this month that it expects China's economy to expand by 7.9 percent this year, while the global economy is on track to grow by 4 percent. Enditem