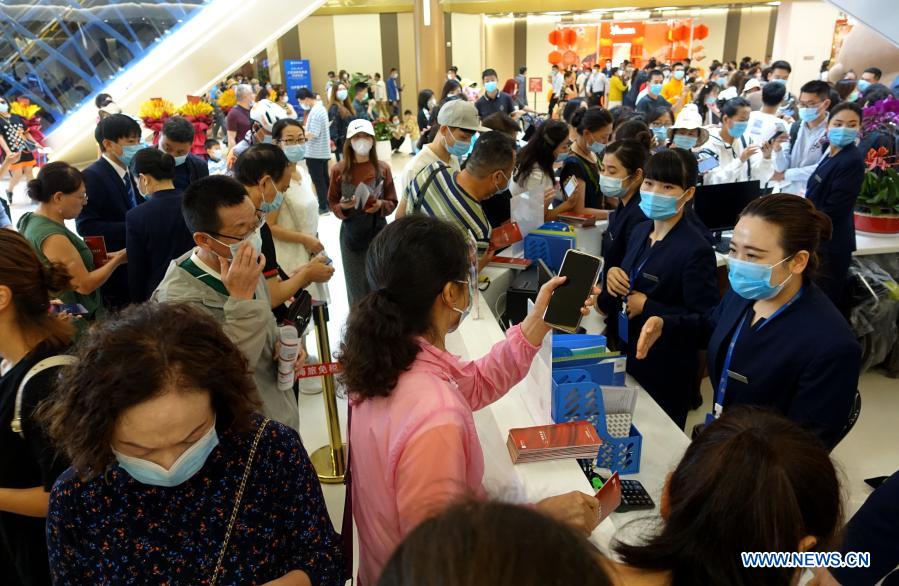 The three newly opened shops are all located in the tropical resort city of Sanya, one in Sanya Phoenix International Airport and the other two in downtown Sanya.

The larger of the two downtown locations has a shopping area of 95,000 square meters, offering nearly 350 international brands.

The province earlier had four duty-free shops, with two in the provincial capital Haikou, one in Bo'ao and one in Sanya, all operated by China Duty Free Group. However, two of the three new shops are operated by another two companies.

The arrival of the two firms will help Hainan form a pattern of differentiated competition and better meet tourists' needs for duty-free shopping, according to an official with the department.

Haikou, the capital city of Hainan, will open another three offshore duty-free shops, according to the Office of the Free Trade Port Working Committee of the Communist Party of China Hainan Provincial Committee.

The one at Haikou Meilan International Airport will open for business after terminal 2 begins operations while the other two are scheduled to open ahead of the forthcoming Spring Festival, which falls on Feb. 12 in 2021.

The six new stores will add more than 220,000 square meters of shopping space to create a more convenient and comfortable shopping experience for consumers, according to the office.

Sales of offshore duty-free shops in the province have exceeded 31.58 billion yuan (about 4.84 billion U.S. dollars) so far this year, according to data released by the department.

The number of shoppers has exceeded 3.4 million, purchasing more than 19 million items, up 130 percent year on year.

The duty-free shopping boom came due to a big rise in the shopping quota for non-locals and disruptions to overseas travel caused by the COVID-19 pandemic.

From July 2020, the duty-free shopping quota in Hainan was raised to 100,000 yuan per year from the previous 30,000 yuan, while the purchase limitations were significantly cut and more duty-free products were offered. Enditem