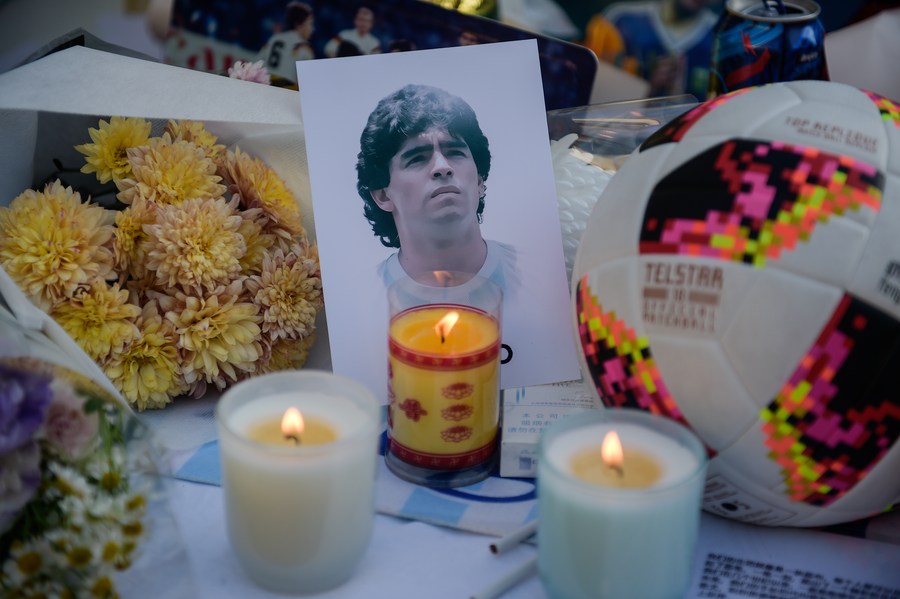 Flowers and candles are placed to mourn the death of football legend Diego Maradona at the Argentine embassy in Beijing, capital of China, Nov. 27, 2020. Argentine football icon Diego Maradona died at the age of 60 on Nov. 25 of a heart attack. (Xinhua/Peng Ziyang)

Police raided the home and private clinic of Leopoldo Luque to determine whether there was negligence on the part of the physician.

Maradona died of a heart-attack at his home near Buenos Aires on Wednesday, less than a month after undergoing surgery to remove a blood clot on his brain.

Prosecutors said the search was ordered by a judge following preliminary investigations, which included evidence from Maradona's daughters Dalma, Giannina and Jana.

"By virtue of the evidence that was collected, it was considered necessary to request searches at the home and office of doctor Leopoldo Luque," a statement from a local prosecutor's office said.

Argentine state news agency Telam said investigators were trying to establish if Maradona had received 24-hour care from medical staff in the days before his death, one of the conditions of his discharge from hospital on November 12.