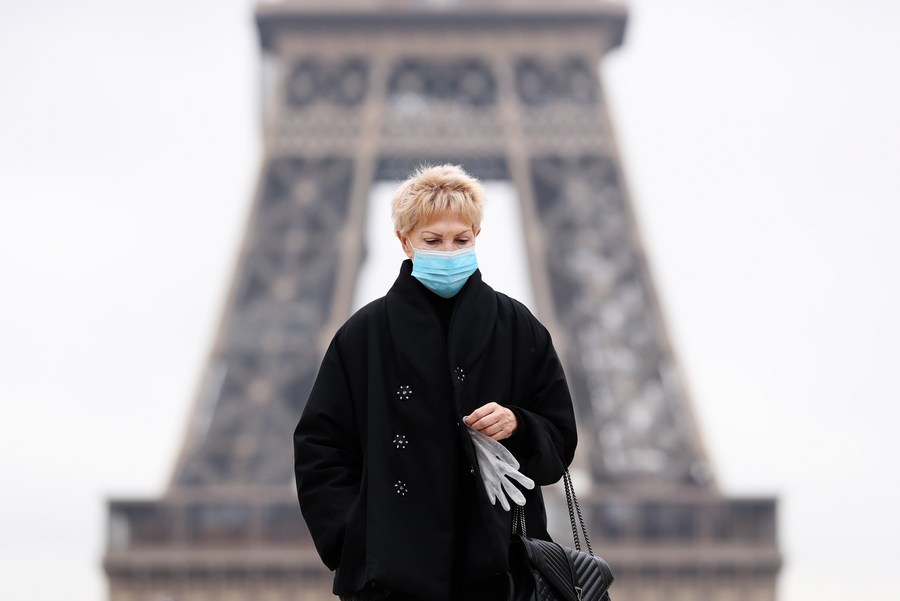 A woman wearing a face mask and holding a pair of disposable gloves walks past the Trocadero place near the Eiffel Tower in Paris, France, Oct. 23, 2020. (Xinhua/Gao Jing)

- Most European countries resorted to varied, fine-tuned and targeted measures rather than a general lockdown.

- More than 8.5 million COVID-19 cases have been reported in the United States.

BEIJING, Oct. 25 (Xinhua) -- The spread of coronavirus is on a spiraling trend in many parts of the world, and record daily increases in infections have been refreshed more frequently in some European countries amid the second wave of the COVID-19.

After over 40,000 new COVID-19 infections were registered for the second day in a row, France on Friday became the second country in Europe to pass the grim 1 million mark, according to health authorities.

The latest Johns Hopkins University figure shows that the total confirmed cases in France have reached 1,084,659 as of 0000 GMT Sunday. 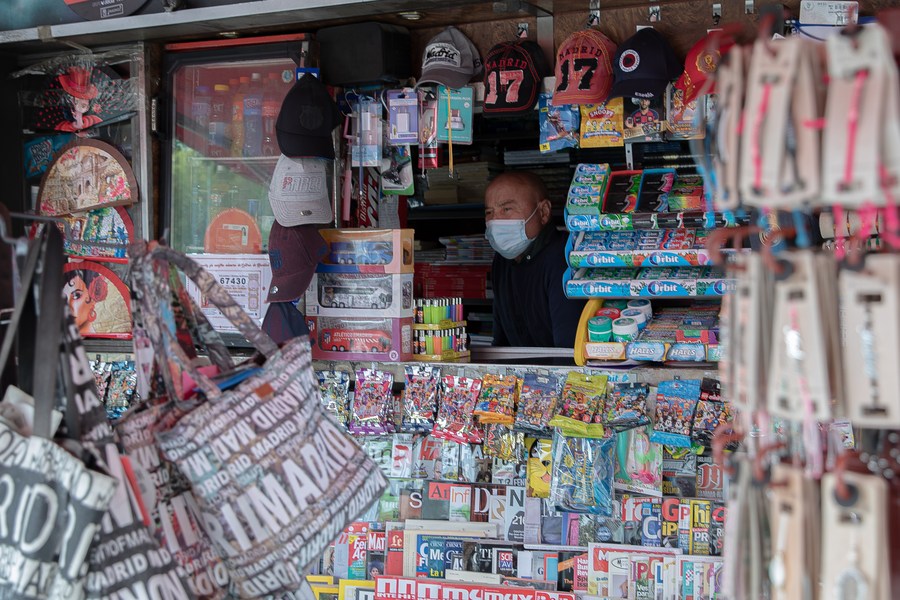 A vendor wearing a face mask waits for customers in Madrid, Spain, on Oct. 21, 2020. (Xinhua/Meng Dingbo)

Despite the drastic resurgence, most European countries resorted to varied, fine-tuned and targeted measures rather than a general lockdown.

Curfew has become a major option for many such as Spain, France, Germany and Belgium to deal with the second wave. Many more are adjusting their restrictive measures, including extending the mandatory scope of mask-wearing and narrowing the social bubbles.

In Asia, India remains the worst-hit nation with 7,814,682 COVID-19 cases as 53,370 more cases were registered during the past 24 hours, said the federal health ministry on Saturday. And the death toll surged to 117,956, with 650 deaths recorded since Friday morning. 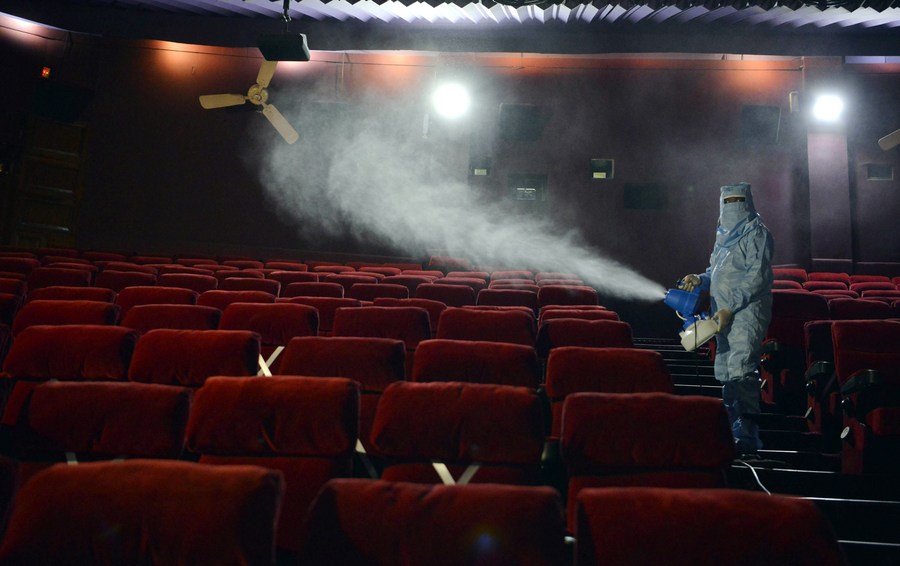 Earlier this week in a televised address to the nation, Prime Minister Narendra Modi had cautioned the citizens to strictly follow the COVID-19 guidelines and told countrymen to take adequate care amid the ongoing festive season when large masses of people are crowded in market areas.

In Iran, the total number of COVID-19 infections reached 652,705 on Saturday, after an overnight registration of 5,814 new cases, according to the Ministry of Health and Medical Education.

Sima Sadat Lari, spokeswoman for the ministry, said that the death toll has risen to 32,320.

Following the COVID-19 resurgence in Iran over the past weeks, health authorities have reintroduced strict protective measures and compulsory use of face masks in the capital Tehran and other major cities of the country.

According to the tally by Johns Hopkins University, more than 8.5 million COVID-19 cases have been reported in the United States with over 224,000 deaths as of Saturday afternoon. 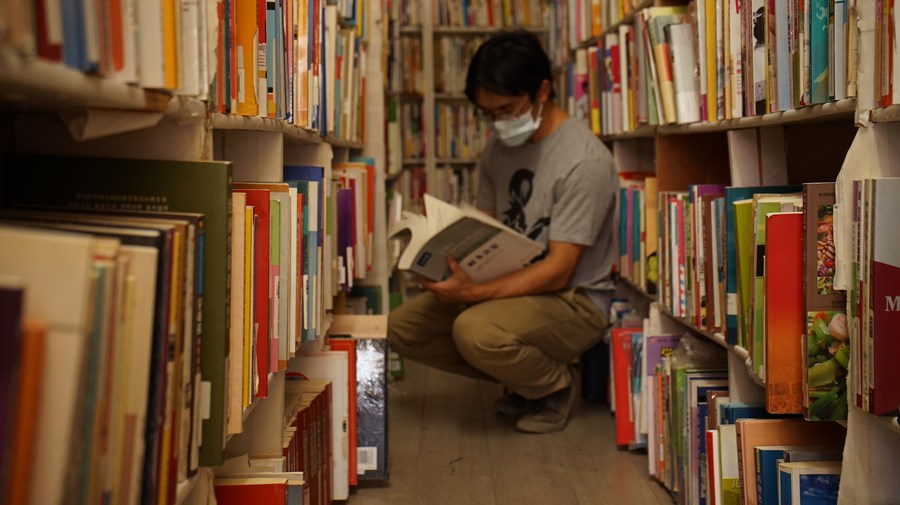 A customer chooses a book at the New Great Wall Books & Culture bookstore in Los Angeles, the United States, on Oct. 14, 2020. (Photo by Zeng Hui/Xinhua)

Meanwhile, according to a study published in the Nature Medicine journal, researchers at the University of Washington's Institute for Health Metrics and Evaluation (IHME) have found that up to 500,000 lives could be lost across the United States by the end of February, and universal mask use could save around 130,000 lives in the country in the coming months.

"We expect the surge to steadily grow across different states and at the national level, and to continue to increase as we head towards high levels of daily deaths in late December and in January," Christopher Murray, IHME director and a lead author of paper, told reporters. ■