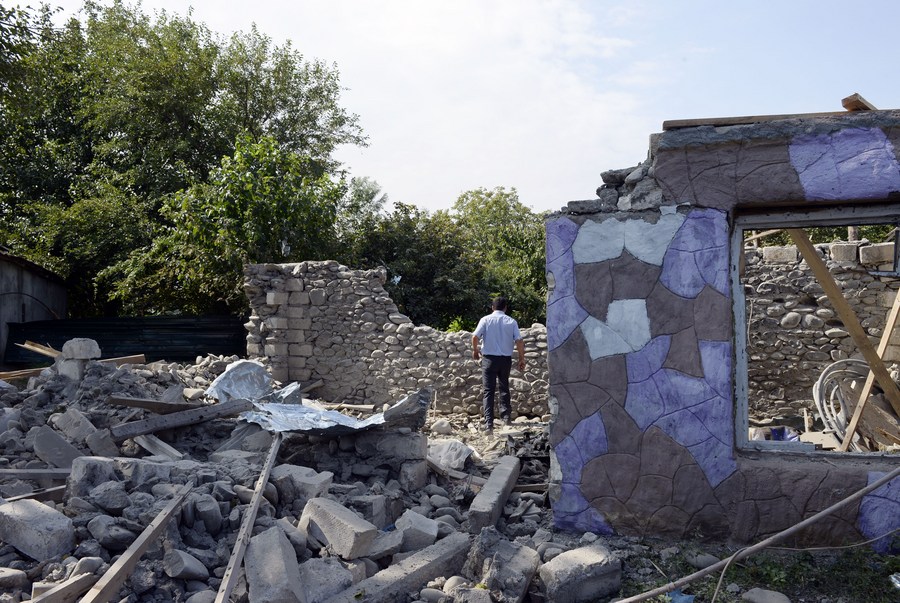 Photo taken on Sept. 29, 2020 shows a house damaged in the clashes between Armenian and Azerbaijani forces in the Tartar district bordering the Nagorno-Karabakh region. (Photo by Tofik Babayev/Xinhua)

It is the second ceasefire both sides have agreed on in weeks. The first came on Oct. 10, following lengthy negotiations in Moscow on Oct. 9.

Armenia and Azerbaijan have been at loggerheads over the Nagorno-Karabakh region since 1988. Peace talks have been held since 1994 when a ceasefire was reached, but there still have been sporadic minor clashes. ■