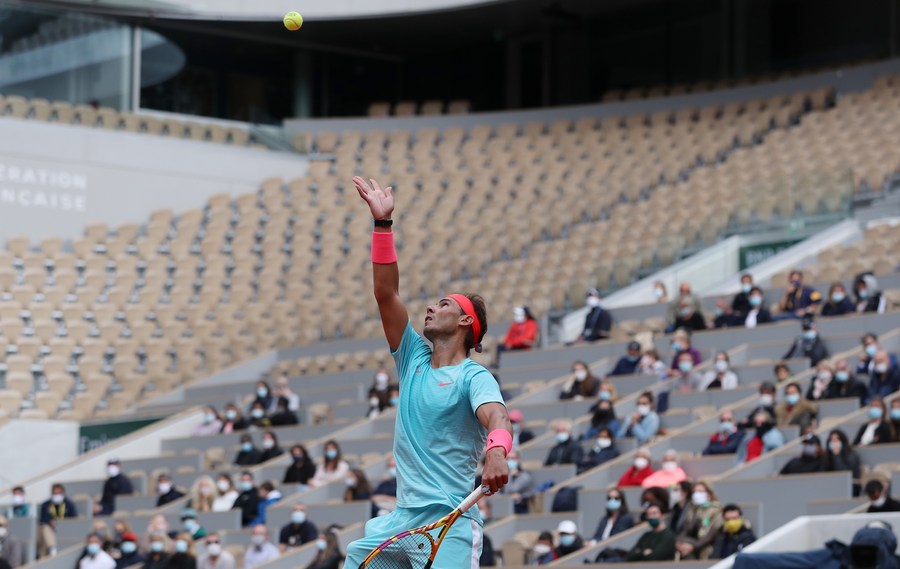 Rafael Nadal of Spain serves during the men's singles second round match against American Mackenzie McDonald at French Open at Roland Garros, in Paris, on Sept. 30, 2020. (Xinhua/Gao Jing)

The "King of Clay" Rafael Nadal completed another overwhelming show at the French Open as the Spaniard romped to a 6-1, 6-0, 6-3 win over world No. 236 Mackenzie McDonald.

The 12-time champion also improved his record at Roland Garros to 95-2 with this win. 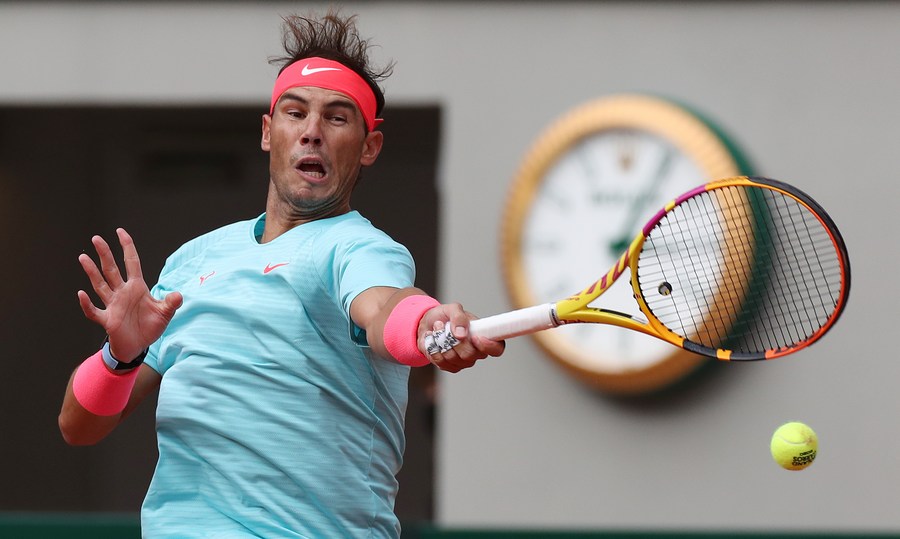 Nadal hits a return during the men's singles second round match against American Mackenzie McDonald at French Open at Roland Garros, in Paris, on Sept. 30, 2020. (Xinhua/Gao Jing)

Nadal powered to sweep 11 straight games from a 1-1 tie in the first set, which ended when the 19-time Grand Slam champion forced McDonald to come to the net with a dropshot and then fired a forehand cross-court winner.

McDonald tried to play more aggressively in the third set, but it was too late and not enough to overturn a match against the greatest ever tennis player on clay.

"I am just trying my best every single day. I am working hard in every practise to try to be better and better in every match," Nadal said,"Today was not that cold, so that's the main thing, the conditions are not that bad."

Newly-crowned US Open champion Dominic Thiem extended his winning streak to nine matches as the 2018 and 2019 Roland Garros finalist saw off American qualifier Jack Sock 6-1, 6-3, 7-6 (6) in two hours and 22 minutes.

Also on Wednesday, 23-time Grand Slam winner and No. 6 seed Serena Williams was forced to pull out of the French Open ahead of her second round match against Bulgaria's Tsvetana Pironkova because of an Achilles injury. 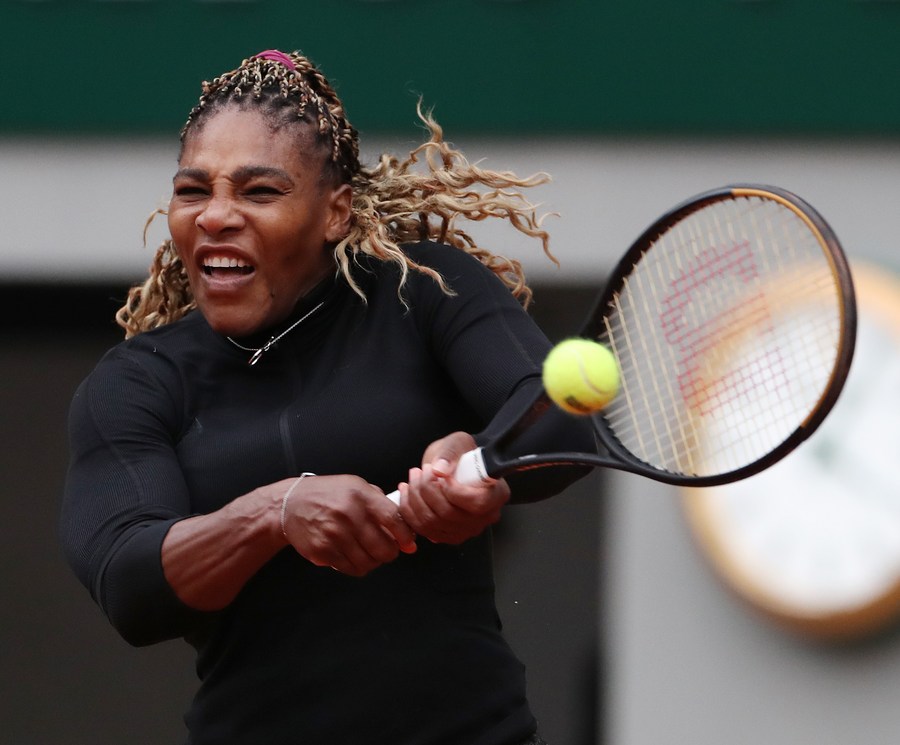 Serena Williams returns the ball during the women's singles first round match against Kristie Ahn at French Open at Roland Garros in Paris on Sept. 28, 2020. (Xinhua/Gao Jing)

"I really wanted to give an effort here. It's my Achilles that didn't have enough to properly heal after the [US] Open. I was able to get it somewhat better, but just looking long-term in this tournament, will I be able to get through enough matches? For me, I don't think I could," said the three-time Roland Garros champion.

"[I'm] struggling to walk so that's a tell-tale sign that I should try to recover," she added.

The 39-year-old tennis great, who is seeking a record-equaling 24th Grand Slam title, skipped all the tune-up tournaments for the clay major and practised at the Mouratoglou Academy, but acknowledged she was "not one hundred percent" as the French Open started.

Pironkova, 33, who returned to the Tour at the US Open after three years' absense and made an impressive run to the quarterfinals, received a walkover to the third round in Paris.

Women's top seed and 2018 champion Simona Halep dispatched her fellow Romanian Irina-Camelia Begu 6-3, 6-4 to book a spot in the third round, while third seed Elina Svitolina of Ukraine overcame a second-set wipeout to beat Mexican qualifier Renata Zarazua 6-3, 0-6, 6-2 to keep on track for her maiden Grand Slam title.

However, 10th-seeded Victoria Azarenka saw her campaign at Roland Garros end on Wednesday as the Belarusian was shocked by former world No. 26 Anna Karolina Schmiedlova of Slovakia 6-2, 6-2 in a match where she racked up 36 unforced errors. ■