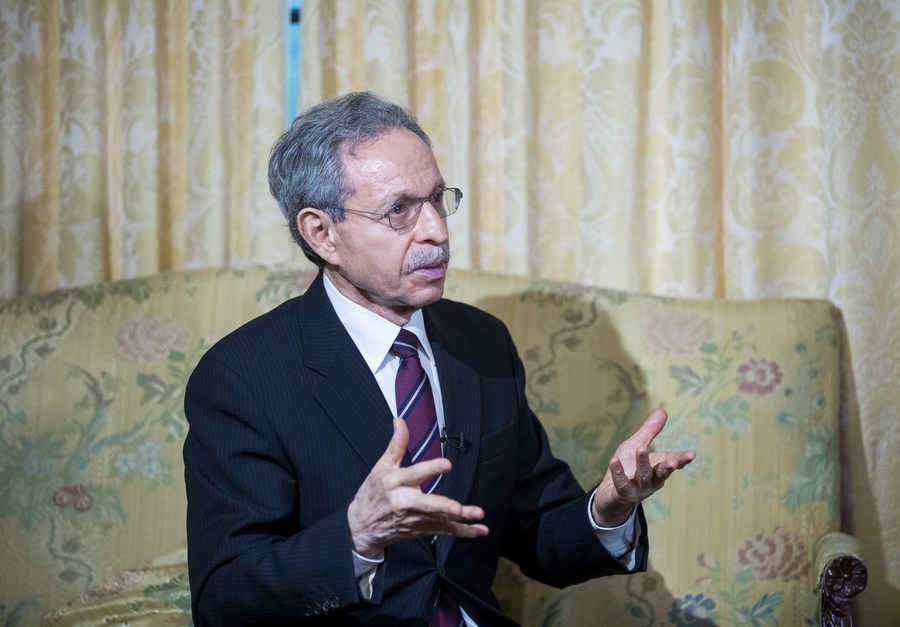 Robert Lawrence Kuhn, chairman of the Kuhn Foundation, speaks during an interview with Xinhua in Harvard University in Cambridge, Massachusetts, the United States, Oct. 15, 2018. (Xinhua)

"Poverty alleviation is a microcosm of China's development, as it showcases how China's system actually works on the ground," says Kuhn.

WASHINGTON, Sept. 18 (Xinhua) -- China's approach to poverty alleviation as well as to containing the COVID-19 pandemic is a window for foreigners to understand how the country's system actually works on the ground, said Robert Lawrence Kuhn, chairman of the Kuhn Foundation.

"What I recognized in the process of focusing on poverty alleviation was how significant this is to understand China, to understand all of China's development over 40 years of reform and opening-up," said Kuhn in a recent interview with Xinhua, while sharing his experiences on filming a documentary on China's fight against poverty.

"Poverty alleviation is a microcosm of China's development, as it showcases how China's system actually works on the ground," he said.

Hosted and written by Kuhn of the Kuhn Foundation, directed by award-winning director Peter Getzels, and executive-produced by Adam Zhu, "Voices From the Frontline: China's War on Poverty" has been aired on Public Broadcasting Service (PBS) stations since its premiere on PBS SoCal.

Kuhn and his team followed how six Chinese families struggled to find a way out of poverty with help from local government officials. Director Getzels took a more observational approach, instead of a journalistic one.

"China has brought over 850 million people out of poverty, the greatest developmental success story in human history. It is the China story that must be told," Kuhn said. "When historians of the future write the chronicles of our times, a feature story may well be China's targeted poverty alleviation."

Kuhn noted a striking correlation between China's approach to fighting the coronavirus outbreak and to fighting poverty.

"Although all political systems have trade-offs, the system that effectively contained the coronavirus in China is the same system that has been able to eliminate almost all extreme poverty in a little over a decade. They both take national commitment and massive mobilization of resources," he said.

"This is an extraordinary accomplishment of social-engineering," he said. 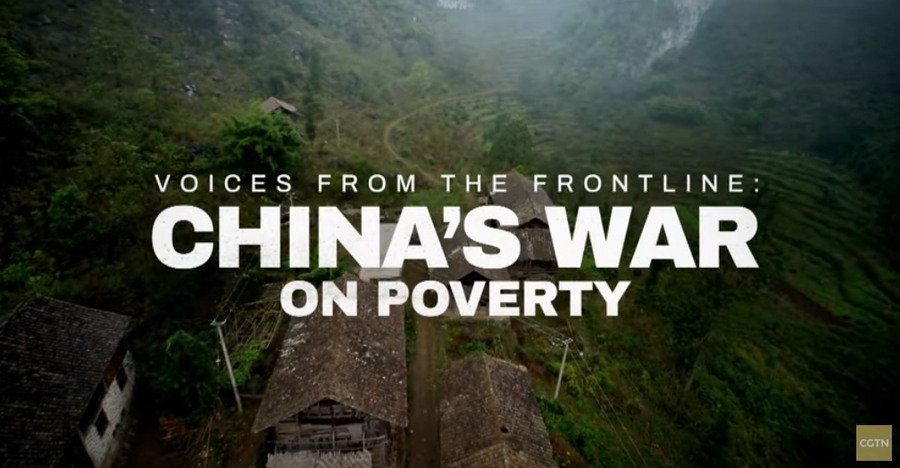 A screenshot of the opening part of the documentary "Voices from the Frontline: China's War on Poverty." (Xinhua)

The documentary, which took Kuhn and his team three years to complete, revealed a rare, behind-the-curtain glimpse of the poverty alleviation plan in China, the huge government program that has pledged to lift China's most indigent citizens out of extreme poverty by the end of 2020.

Kuhn, who has been closely following China's dramatic transformation for over three decades, said he was fascinated that China's solution was to create a massive, highly targeted, individualized poverty alleviation program.

"To truly understand China, one has to recognize their genuine commitment to eradicate poverty," he said, adding he was impressed by the sheer scope and determination of China's poverty alleviation program, energized by the commitment and intensity of President Xi Jinping.

Like no other on Earth, China's program was based on crafting an individualized plan for every single family below the poverty line, then having them be visited regularly by a young local official who helps them implement new strategies to increase their income, he said, adding that progress is monitored and reports are filed monthly.

"I visited with these young local officials working on the frontlines of poverty alleviation, on some occasions intensely for several days: seeing stark, concrete rooms in which they live and watching them cook their food over simple kerosene burners or even candles. And they are dedicating their lives, often spending two full years in a remote village with no modern conveniences, not even flush toilets," he said. 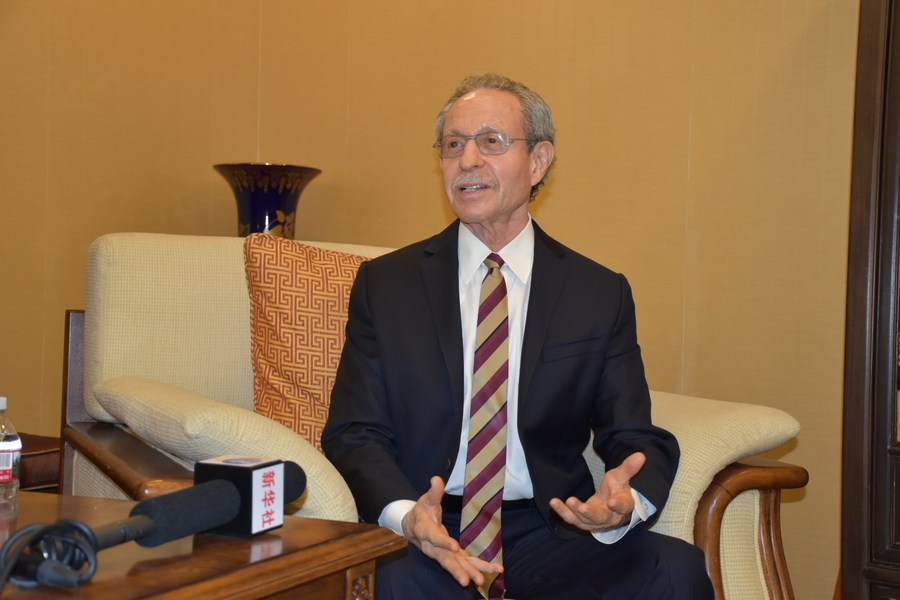 Robert Lawrence Kuhn, a U.S. expert on China, also chairman of the Kuhn Foundation, speaks in an interview with Xinhua in Los Angeles, the United States, Oct. 15, 2019. (Xinhua/Gao Shan)

Since China's targeted poverty initiative began, 3 million cadre officials have been mobilized and, today, 775,000 are still hard at work, Kuhn said. As of the beginning of 2019, through their efforts, China's absolute poverty level had dropped to less than 20 million, and as of the beginning of 2020 to about 5.5 million.

Kuhn said China's poverty alleviation could serve as a good example for the world's other developing countries.

"All countries are different, all cultures and histories are different, such that one cannot transplant wholesale a particular system from one country into another. So, while to understand the Chinese experience is exceedingly important, it must also be recognized that it cannot be just transplanted simply; rather, poverty alleviation principles and practices need to be learned and adapted," he said.

"There is nothing more important in the world in terms of global equality, equity and sustainability than poverty alleviation, and in this regard, China's poverty alleviation program makes a vital contribution. It shows how the Chinese experience can benefit developing countries," he said. ■