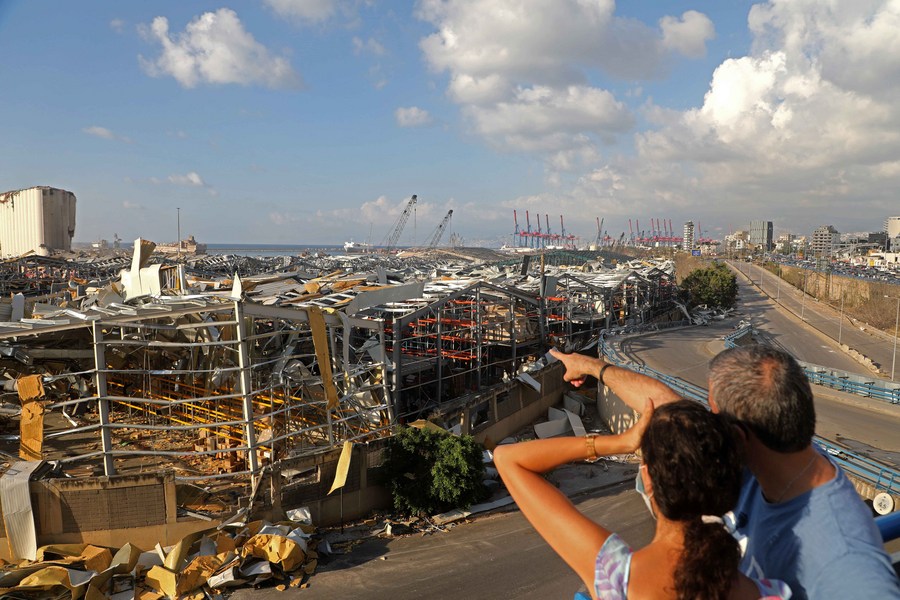 People visit the Port of Beirut after explosions in Lebanon, Aug. 9, 2020. (Xinhua/Bilal Jawich)

Diab said he refuses to be held accountable for the corrupt practices adopted by previous governments. 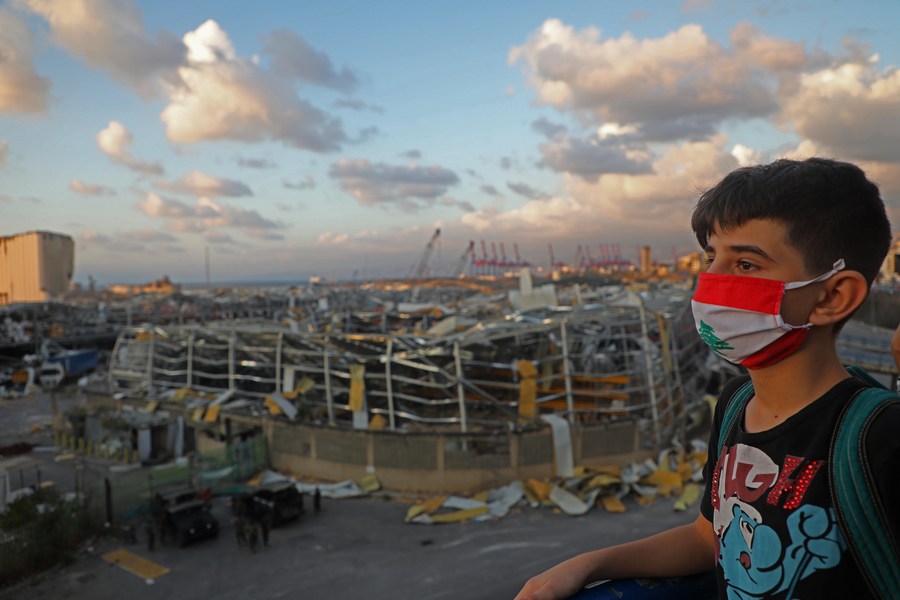 A boy visits Port of Beirut after explosions in Lebanon, Aug. 9, 2020. (Xinhua/Bilal Jawich)

"Weeks after the formation of our government, some political parties tried to hold us accountable for corruption, public debt, and economic collapse," Diab said, adding that every minister in this cabinet has exerted great efforts in contributing to the roadmap to save the country.

"We are keen about this country, its future and the future of our children. we do not have personal interests. We want the good for this country, but we refuse to be dragged to useless arguments. Unfortunately, we could not stop some political parties from inciting people against us," he said. 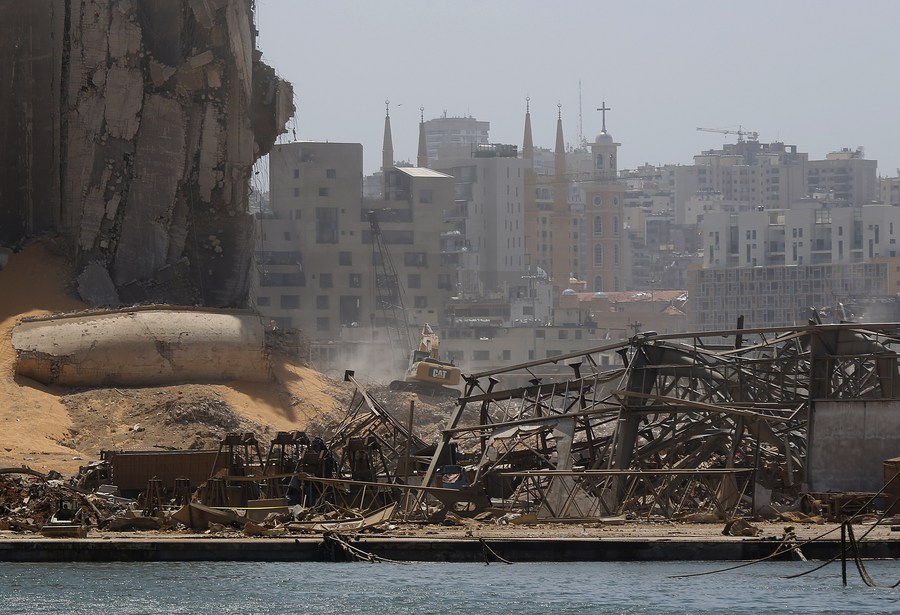 Damaged buildings are seen at the Port of Beirut in Lebanon, Aug. 8, 2020. (Xinhua/Bilal Jawich)

Diab said the government has decided to resign to be able to stand by the people who are demanding for a real change.

Beirut was rocked last week by two huge explosions that have claimed at least 158 lives and injured 6,000 others. People light candles to mourn for the victims of Beirut explosions in Beirut, Lebanon, on Aug. 9, 2020. (Xinhua/Bilal Jawich)

The ruling political class came under heavy criticism by the Lebanese people who accused them of negligence and recklessness by storing a big volume of ammonium nitrate at Port of Beirut which may have caused the huge explosions. ■