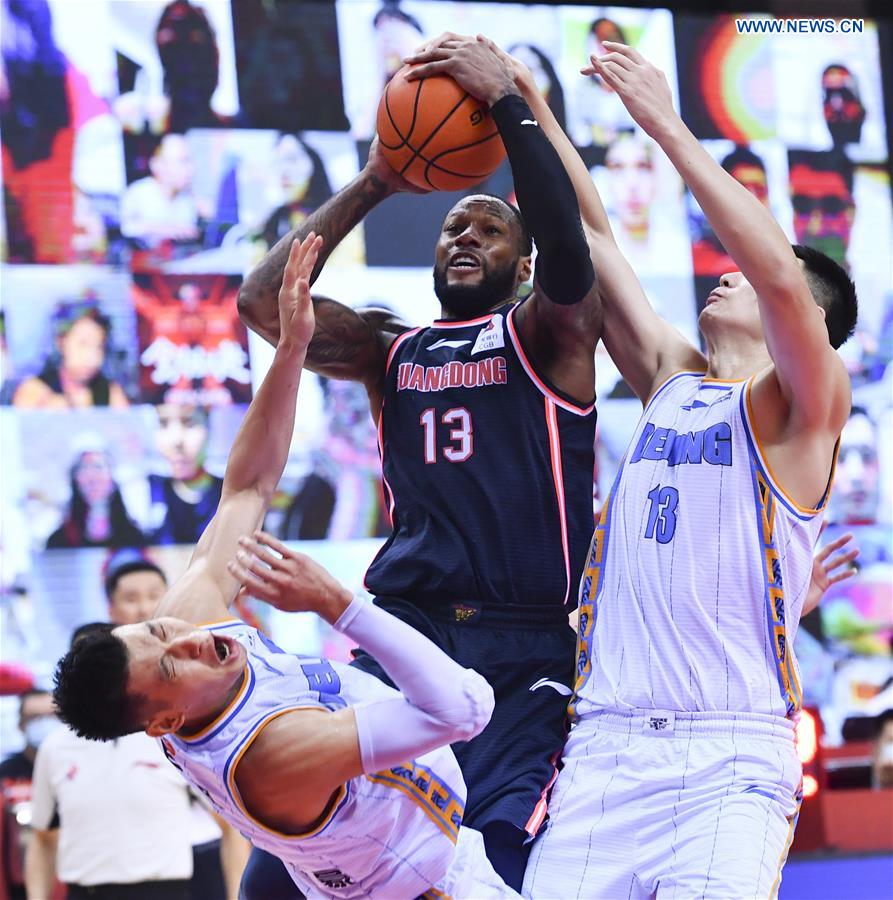 Guangdong built a 13-4 lead midway through the first quarter, as Sonny Weems contributed seven points. The Ducks managed to cut the deficit to four points as the period ran out.

Coming back from 14 points down, Beijing took the lead for a brief period and fell three points behind at the end of the second quarter, in which Jeremy Lin grabbed 12 points.

The two sides traded the lead several times in the third quarter, and the Southern Tigers maintained a three-point advantage before the last quarter.

Yi Jianlian, MVP of the regular season, was still absent due to injury.

Lin got a team-high 25 points, Ekpe Udoh finished with 23 points and 13 rebounds, Fang Shuo and Zhu Yanxi each got 10 points.

"The defense in the first half was nice, but the shooting percentage of the three-pointers dropped sharply in the second half. We will get ready for the third match," said Du Feng, coach of Guangdong.

"I am proud of my brothers and my team. They successfully bounced back from the last loss, and the defense in the second half was so great," said Xie Libin, acting coach of Beijing.