The AIIB, proposed by Xi in late 2013 and officially launched in early 2016, has provided nearly 20 billion U.S. dollars in infrastructure investment to its members.

When addressing the opening ceremony of the fifth annual meeting of the multilateral development bank via video link on Tuesday, Xi called for making the AIIB a new platform that promotes development for all its members and facilitates the building of a community with a shared future for mankind.

"I see this speech in regard to our future tasks, and the development of our society in the future," Katarina Zakic, a researcher at the Institute of International Politics and Economics in Belgrade, told Xinhua.

"President Xi Jinping insisted that this bank is multilateral, and that it involves all member countries in its operation and decision-making, which has not been the case with many other banks," he said.

"It is very important that the AIIB has been actively involved in the mitigation of the crisis caused by the COVID-19 pandemic ... that we have financial institutions that could provide assistance in coping with the pandemic, which has certainly been the task of the AIIB in the recent period," Zakic said.

"The AIIB is especially respected and appreciated in Europe, because it operates in line with all the world's leading international financial institutions," he added. 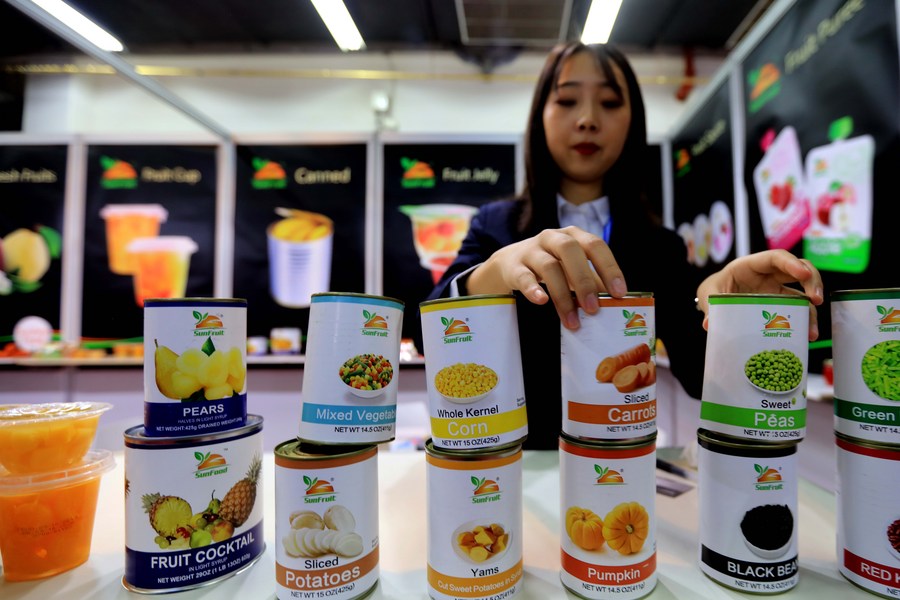 A Chinese exhibitor arranges the products at the site of the 16th China Trade Fair in Amman, Jordan, Dec. 11, 2019. (Photo by Mohammad Abu Ghosh/Xinhua)

Jordanian Minister of Planning and International Cooperation Wissam Rabadi joined Tuesday's AIIB meeting. He appreciated China's hosting of the meeting under a different and difficult circumstance due to the COVID-19 pandemic.

He said Jordan is keen to sustain cooperation with the AIIB in light of the current challenges and the repercussions of the virus.

Rabadi also commended the AIIB's COVID-19 Crisis Recovery Facility launched by the bank to support its members in containing the virus and reviving their economies in the face of COVID-19. 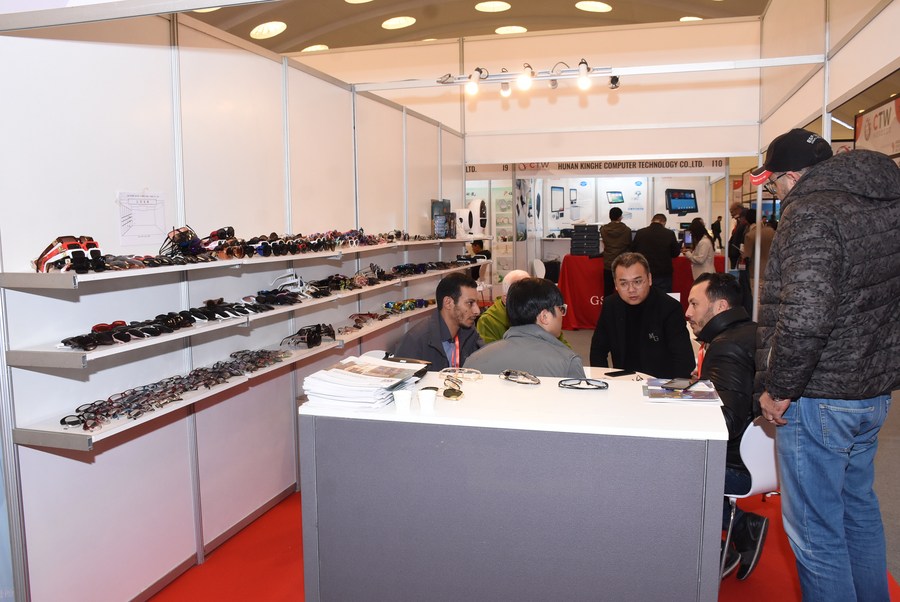 People visit a stand of glasses during the third China Trade Week in Casablanca, Morocco, on Dec. 17, 2019. (Photo by Chadi/Xinhua)

Xi's speech clarified the direction of future development of the AIIB and boosted confidence in global cooperation, said Nasser Bouchiba, president of the Africa-China Cooperation Association for Development in Morocco.

Since the Bandung Conference in 1955, China has always been committed to practicing open, cooperative and win-win multilateralism, and seeking common development with other countries in the world, he said.

As an important infrastructure investment mechanism to support the Belt and Road Initiative, the AIIB will play a unique role in promoting global economic development and become an important platform for supporting international multilateral cooperation in the future, Bouchiba said. ■