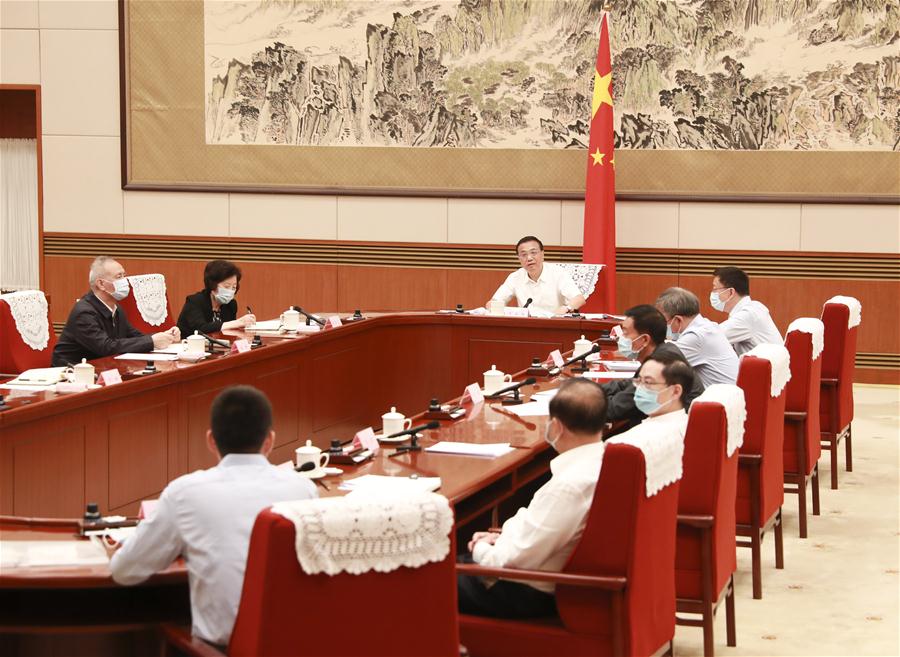 Li, also a member of the Standing Committee of the Political Bureau of the Communist Party of China (CPC) Central Committee, made the remarks while chairing a symposium attended by economists and entrepreneurs to analyze the economic situation.

Economists Ma Jun and Jiang Chao, as well as representatives from the China Association of Small and Medium Enterprises, household appliance manufacturer Haier Group and e-commerce firm Pinduoduo, made remarks during the meeting.

Noting that the economy has encountered unusual headwinds this year, attendees at the meeting said that policies such as tax and fee cuts and inclusive financing introduced by the government have played an active role in keeping business operations and employment stable.

Despite the unprecedented challenges posed by the COVID-19 epidemic and the global economic recession this year, China's economy has recently shown trends of rebounding, with a timely effort on the resumption of work and production, revealing the economy's strong resilience and huge room for maneuver, Li said.

However, he urged efforts to prepare for the tough battle ahead, as international uncertainties continue to mount and employment pressure on the domestic front remains prominent.

Efforts must be made to fully implement policies to support enterprises and stimulate market vitality, he noted, stressing efforts to accomplish economic and social development targets this year.

Li underlined efforts to enhance the timeliness of macro-policy implementation, while focusing on securing employment, people's livelihoods and market entities.

Proactive fiscal measures, prudent monetary policies and an employment-first policy must be fully implemented, and tax cuts and fee reductions will be promoted on a larger scale, Li said.

Fiscal funds should go straight to grassroots levels to directly benefit businesses and people in need, according to Li.

He also stressed efforts to keep liquidity at a reasonable and adequate level and further lower the financing costs of medium, small and micro-sized enterprises, while rolling out multi-pronged measures to help key groups, such as college graduates and migrant workers, to find jobs.

The country should leverage reform and opening-up as an impetus to boosting market vitality and enhancing the resilience of development, Li said.

The government should further delegate powers, streamline administration and improve services, so that it can perform its role better and the market can play the decisive role in resource allocation, he said.

The ecosystem for entrepreneurship and innovation should be improved, Li said, calling for more efforts to develop the industrial Internet and foster new forms of business.

The country's consumption potential shall be further unleashed via reforms, such as integrated sales of farm produce through both online and offline channels, Li said.

The country will give better play to the role of government investments in driving social capital into new infrastructure, fresh urbanization initiatives and major projects, he said.

Vice Premier Han Zheng, a member of the Standing Committee of the Political Bureau of the CPC Central Committee, also attended the meeting.