For centuries, water was more precious than gold for residents of the arid Tarim Basin. Those who lived on the edges of the vast desert had to collect water from puddles in oases. 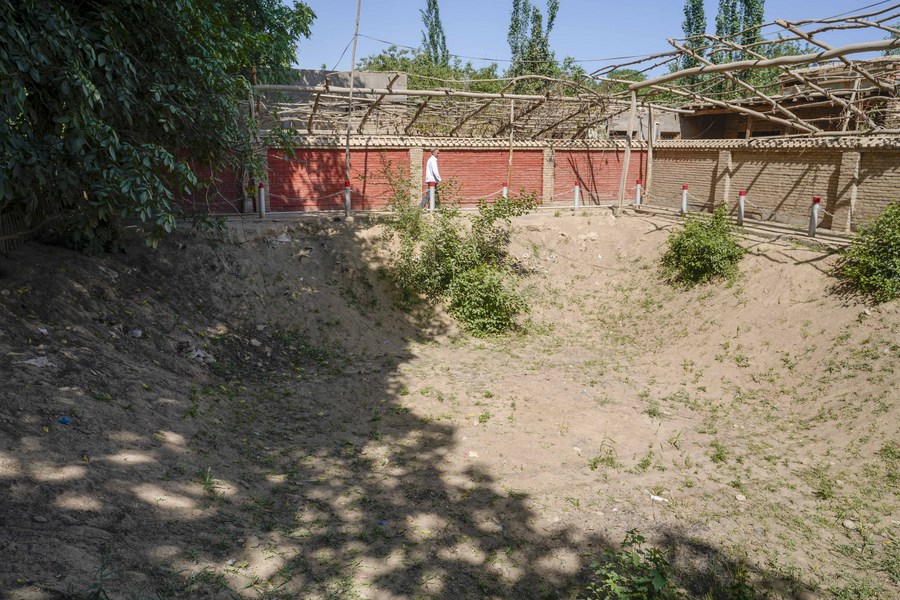 "The puddle water was merely fine at the top. The deeper in, the stinkier it got. It wasn't unusual to find tadpoles or frogs in it. We would carry the water home and filter out the impurities with pieces of cloth. Otherwise, it was undrinkable," said Matrozi Memet, a resident of Buzak Village in Hotan Prefecture's Hotan County. 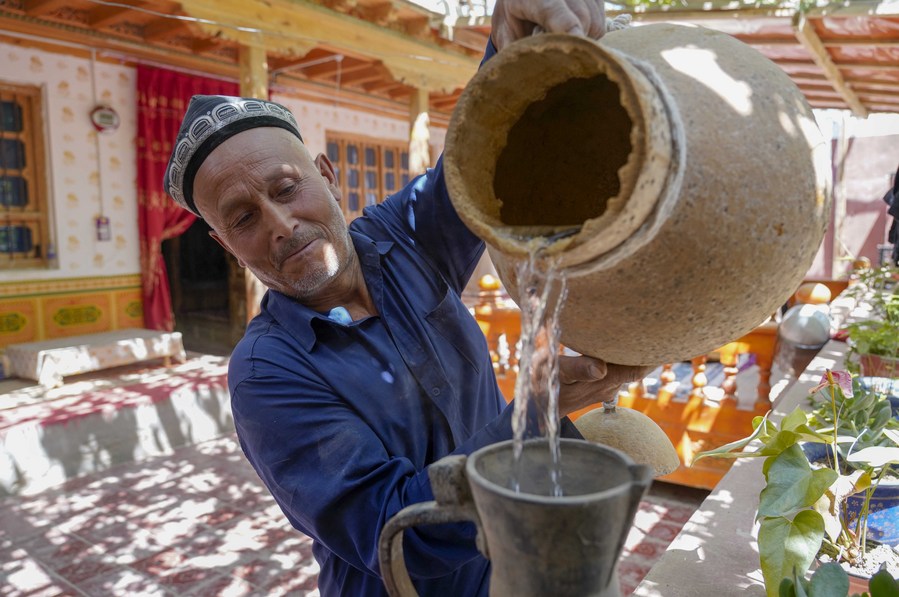 Villager Hebibulla Tohti shows how to filter out the impurities, May 21, 2020. (Xinhua/Zhao Ge)

The water was not only dirty but also bitter and salty because of the saline-alkali soil. Many people got sick, but with no other source of water, what choice did they have? 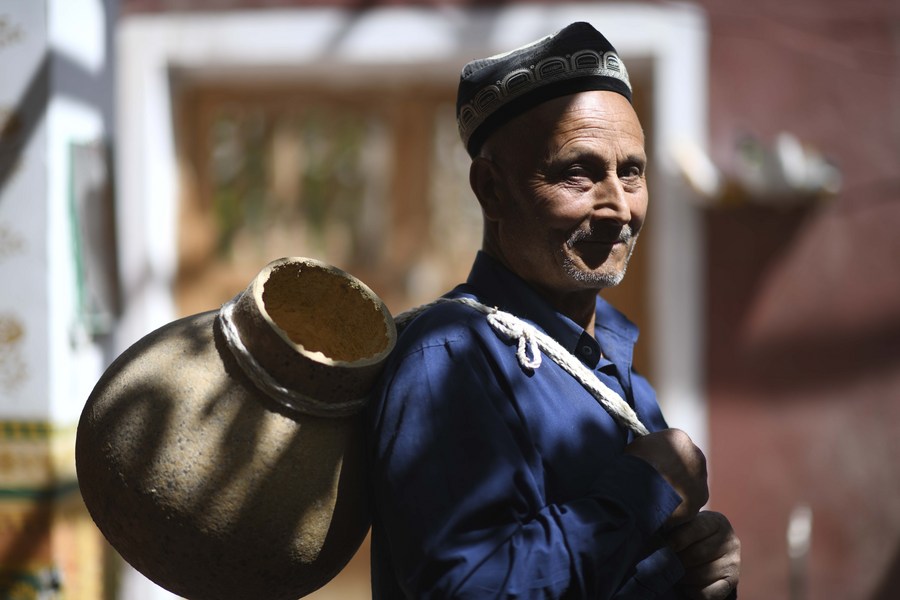 Hebibulla Tohti shows the gourd he used in the past to fetch water from the puddle, May 21, 2020. (Xinhua/Zhao Ge)

Hebibulla Tohti, a 68-year-old local villager, had been drinking water from the puddle until 1994.

"We would use a gourd to collect water from puddles. Then it needed to stand for three to four hours before we could filter it. After that, we would boil it. Even after all this, upset stomachs were not unusual," he said. 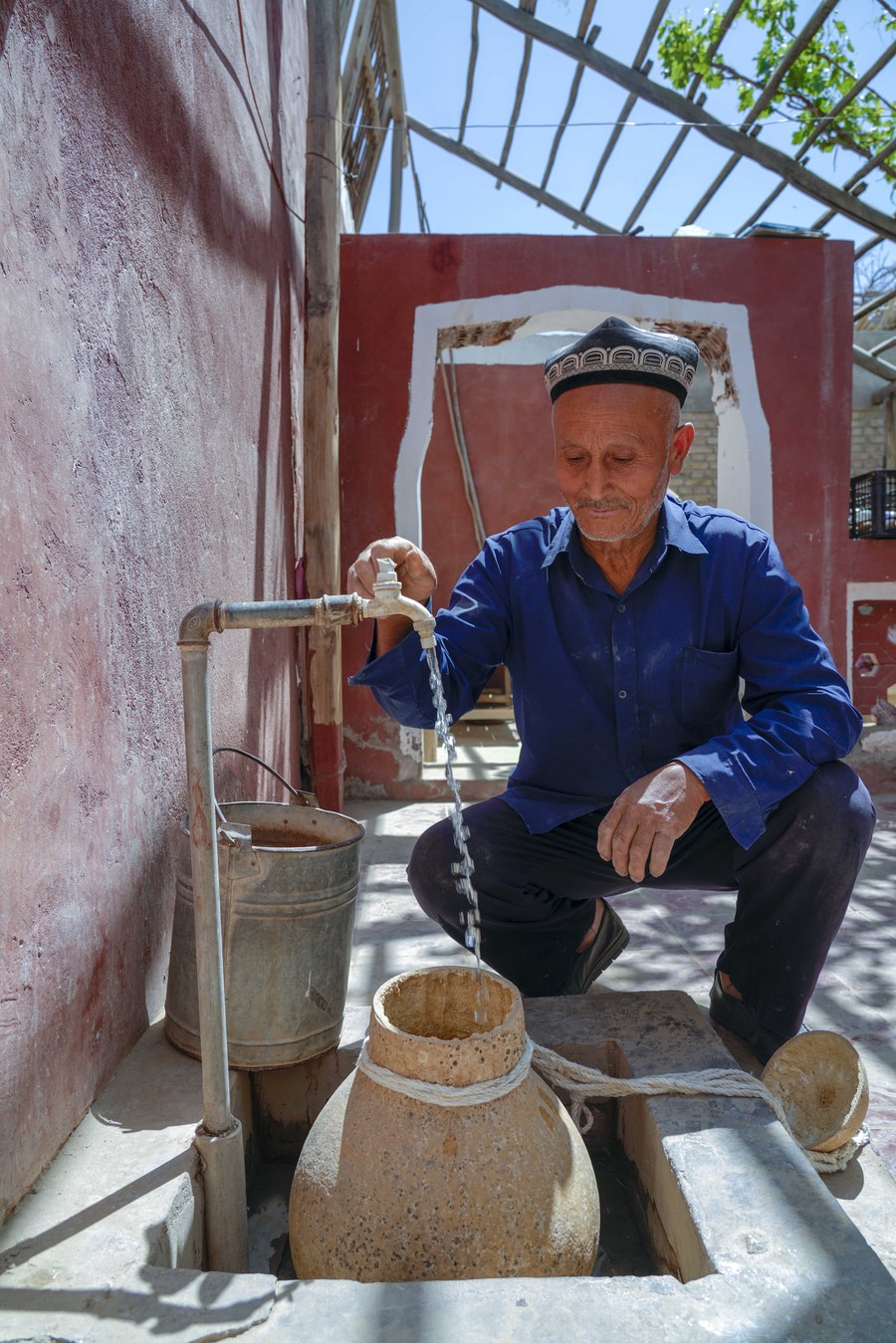 Safe drinking water in rural areas is an essential part of China's poverty alleviation campaign. Three decades ago, a vast water project was launched across the region. Today, that project is complete. The desert region has water treatment plants. All households are connected to mains water. 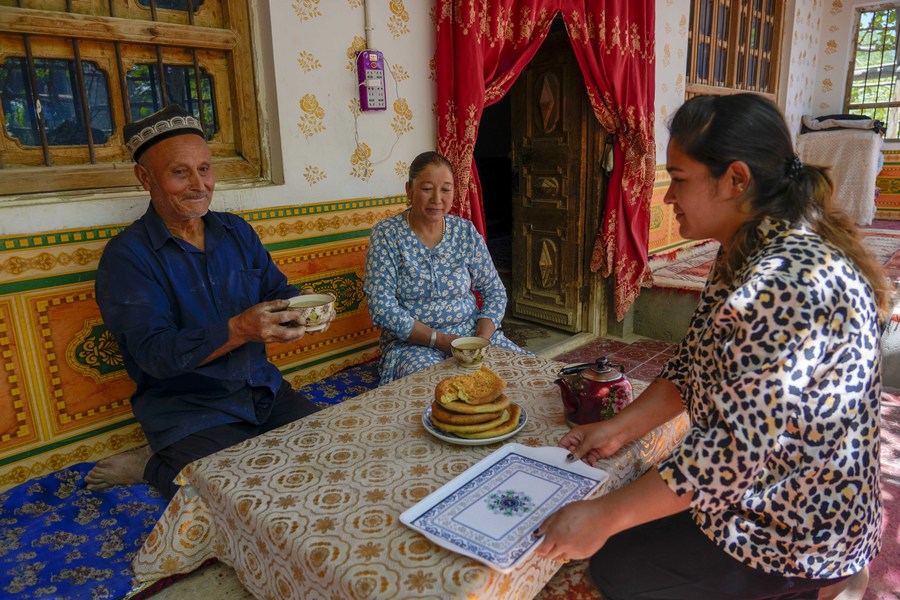 Dirty water is now just a memory for people of Buzak. The puddle has been fenced off and stands as a reminder of those bygone days.■