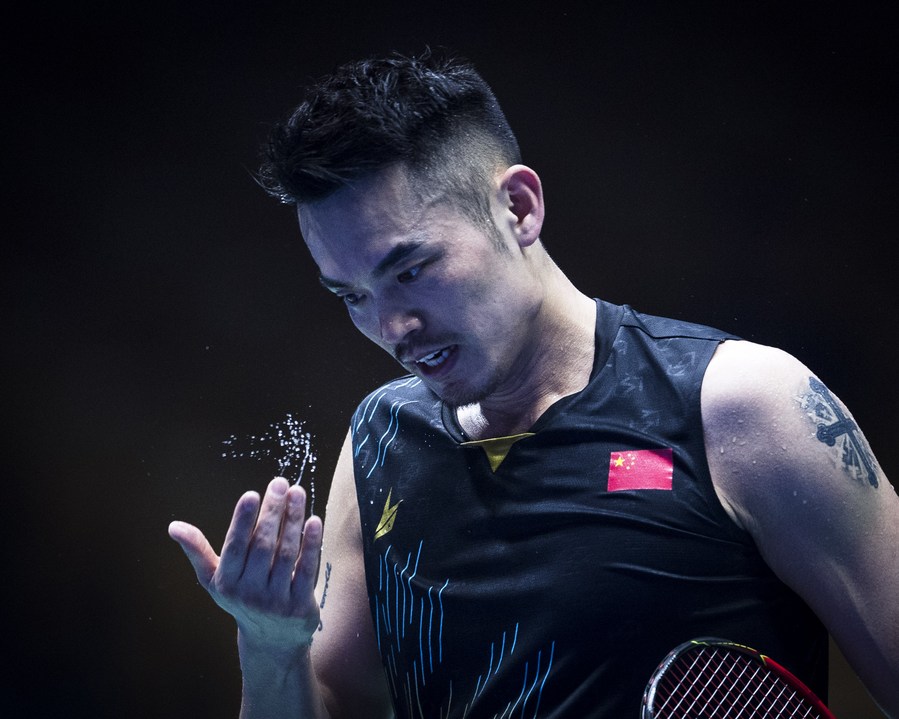 "From 2000 to 2020, after 20 years, I have to say goodbye to the national team. It is very difficult to say it out loud," the two-time Olympic gold medalist and five-time world champion said on Weibo, China's twitter-like social media.

"Being 37 years old, my physical condition and injuries no longer allow me fight alongside my teammates. There is gratitude, reluctance and frustration. In the days to come, I hope to spend more time with my family, and I will also look for a new 'competition'," Lin added. 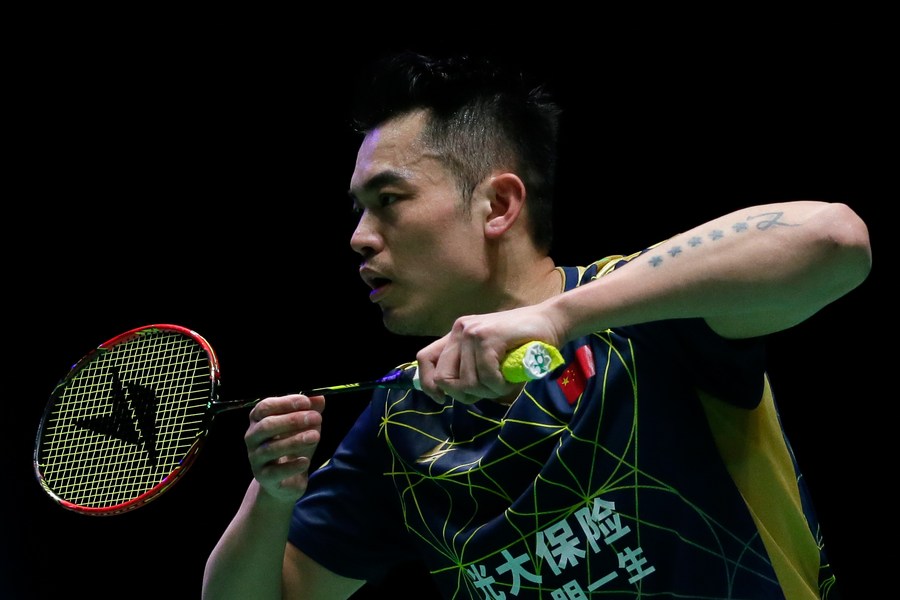 Lin Dan of China prepares for serve receive during the men's singles second round match against Chen Long of China at All England Open Badminton Championships 2020 in Birmingham, Britain on March 12, 2020. (Photo by Tim Ireland/Xinhua)

"After going through four Olympic cycles, I have never thought about leaving, nor would I want to think about it. I dedicated everything to the sport I love. 'Persistence' is the word I told myself in every suffering moment in order to keep my career longer. Rather than simply pursuing rankings as a young shuttler, I'm challenging my physical limits as an 'old' athlete under the sports spirit of never giving up."

Lin thanked the country, his coaches, family and fans for the support during his career. "My thanks also go to my excellent 'opponents' who inspired me."

The rivalry between Lee Chong Wei of Malaysia and Lin was believed by many as the greatest in men's singles history. 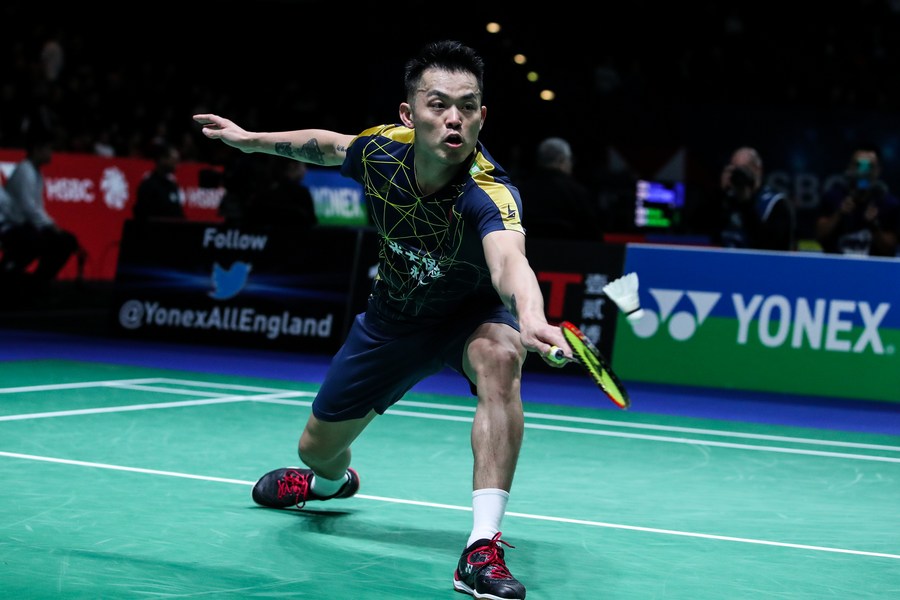 China's Lin Dan returns a shot during the men's singles first round match with Thailand's Kunlavut Vitidsarn at the All England Open Badminton Championships in Birmingham, Britain, March 11, 2020. (Photo by Tang Shi/Xinhua)

Lee, who announced his retirement last June due to health reasons, called Lin "the greatest opponent" on Weibo after Lin posted his announcement. "Please believe that all the laughter, tears and promises are a unforgettable diary. My greatest opponent. Proud of you."

Indonesian prodigy Taufik Hidayat, Danish legend Peter Gade, Lee and Lin were deemed the "Top Four Kings" of the badminton world. "We three are missing you for a long time!" wrote Lee. 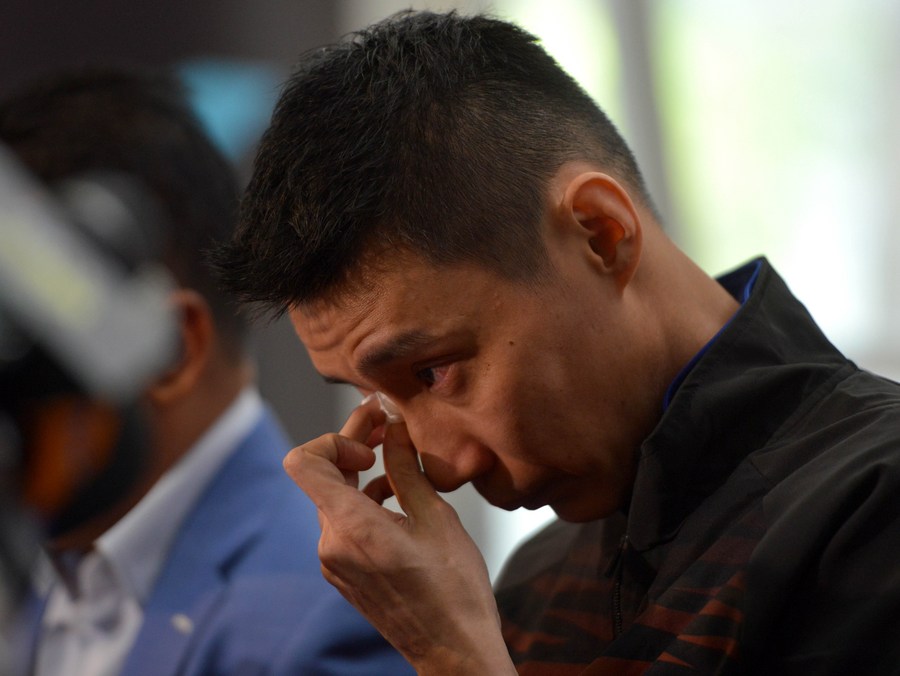 Lin had a lackluster performance entering the Tokyo Olympic cycle and also encountered many challenges in the Olympic qualification process. The hope of gaining a ticket to Tokyo is slim, but the 37-year-old didn't give up and still trained hard for his goal of reaching his fifth Olympic Games. However, the Tokyo Olympic Games was postponed by one year due to the COVID-19 pandemic, further casting a shadow on Lin's journey to Tokyo.

"After this year's All England Open, Lin continues to train with the Chinese national team in Sichuan province. However world badminton tournaments' restart plan has changed repeatedly and his injury is still lingering, Lin feels that it is more and more difficult to continue training, and eventually made the decision to retire," Chinese Badminton Association said in a statement. 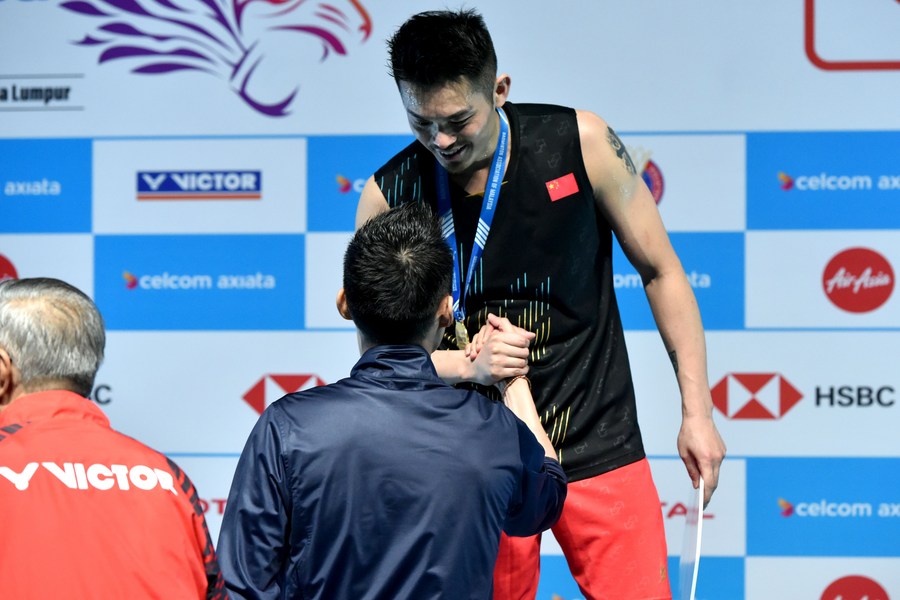 Lin Dan (top) of China talks with Lee Chong Wei of Malaysia during the awarding ceremony for the men's singles final at the Malaysia Open in Kuala Lumpur, Malaysia, April 7, 2019. Lin Dan beat Chen Long in the final 2-1 to claim the title. (Xinhua/Chong Voon Chung)

Zhang Jun, president of the Chinese Badminton Association, expressed his thanks to Lin for his contribution to the Chinese badminton team.

"Over the years, Lin's performance in training and competition, and his achievements, have proved that he is an excellent athlete. I hope that Lin's new life after retirement will go well, and I hope he will not stay away from badminton and continue to work hard to promote badminton in a new way." ■