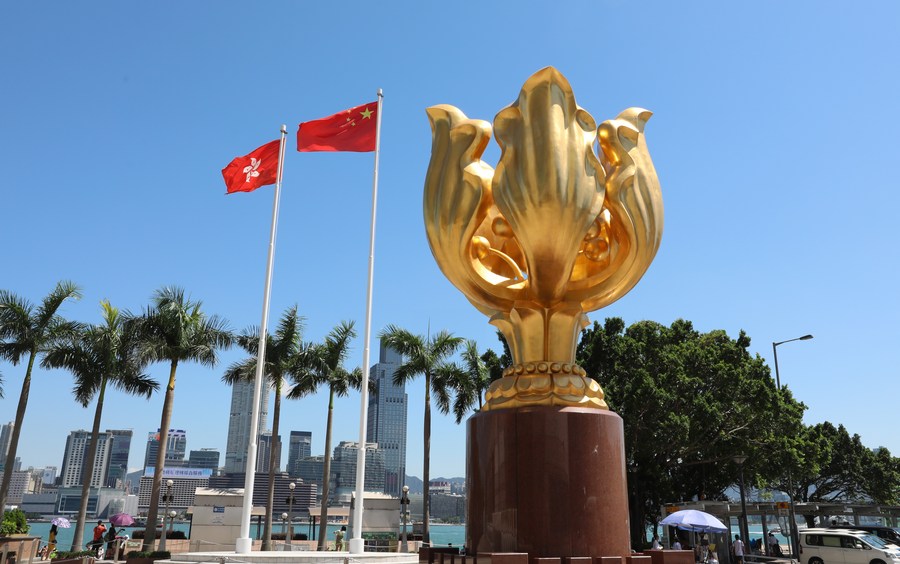 Spokesperson Zhao Lijian made the remarks at a press briefing in response to the U.S. imposition of visa restrictions on Chinese officials.

The U.S. attempt to obstruct China's national security legislation for the Hong Kong Special Administrative Region by adopting so-called sanctions will be to no avail, Zhao added.

In response to the passing of the so-called Hong Kong Autonomy Act and other Hong Kong-related bills by the U.S. Senate, Zhao said separatist forces intending to disrupt Hong Kong can clamor as they like and anti-China external forces may try to exert pressure, but neither will stop China's resolute action to advance the legislation.

"Their attempts are doomed to fail. This act will be nothing more than a piece of paper," Zhao said.

"It is vicious denigration of the national security legislation for Hong Kong, grave interference in Hong Kong affairs and China's internal affairs, and violation of international law and basic norms of international relations," the spokesperson said, adding China rejects it and has lodged solemn representations with the United States.

The national security legislation for Hong Kong aims to safeguard China's sovereignty, security and development interests, lasting peace, stability and prosperity in Hong Kong, and steady and sustained implementation of "one country, two systems," he said.

"We urge the U.S. side to grasp the situation and immediately stop meddling in Hong Kong affairs and China's internal affairs in any way. It shall not push or implement the negative bill concerning Hong Kong, even less imposing sanctions on the Chinese side based on it. Otherwise China will react firmly with strong countermeasures and the United States shall bear all the consequences," Zhao said. ■