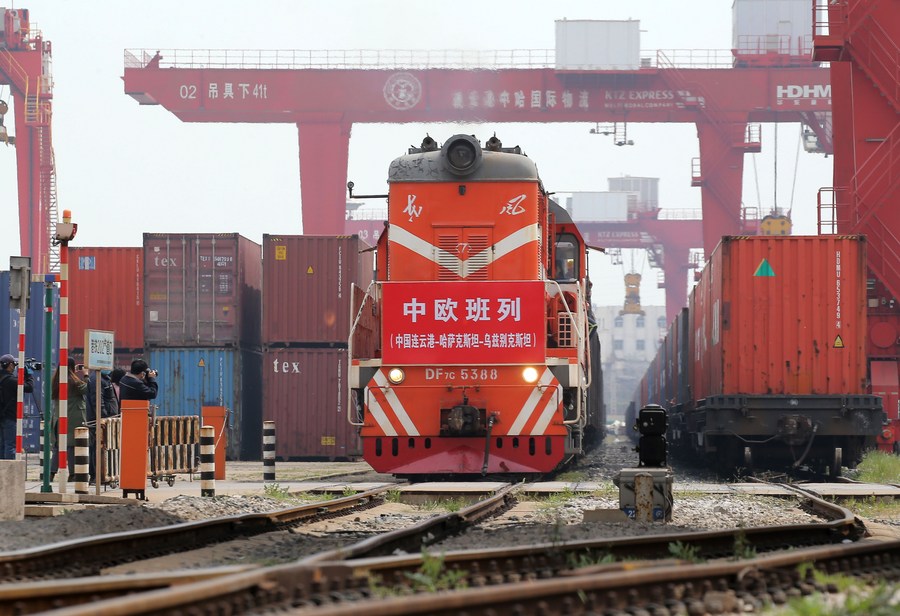 BEIJING, June 22 (Xinhua) -- Cooperation between China and Europe has become closer through multiple approaches including bilateral trade, the promotion of China-Europe freight trains and the joint fight against the COVID-19 pandemic.

The following are key facts and figures about China's collaboration with Europe.

-- Bilateral trade between China and the European Union (EU) reached 4.86 trillion yuan (about 685.8 billion U.S. dollars) in 2019, with a growth rate of 8 percent, data from the Academy of the China Council for the Promotion of International Trade showed.

-- More than 3,200 Chinese enterprises have invested directly in the EU last year, creating nearly 260,000 jobs for locals in all EU member states.

-- China remains one of the three top investment destination for 63 percent of respondents in the European Business in China Business Confidence Survey 2020, which was released by the European Union Chamber of Commerce in China and the global consultancy firm Roland Berger.

-- The number of freight trains between China and Europe hit a new high of 1,033 in May, up 43 percent year on year, the China State Railway Group said.

A record 93,000 twenty-foot equivalent units of cargo were transported by the trains, up 48 percent from a year earlier.

The number of departing trains rose 47 percent year on year to 556 last month, while the number of returning trains climbed 39 percent to 477.

-- From January to May this year, the number and shipments of China-Europe freight trains increased by 28 percent and 32 percent year on year, respectively, delivering 12,524 tonnes of epidemic prevention supplies. ■