Roundup: U.S. imposes travel restrictions on Brazil due to COVID-19 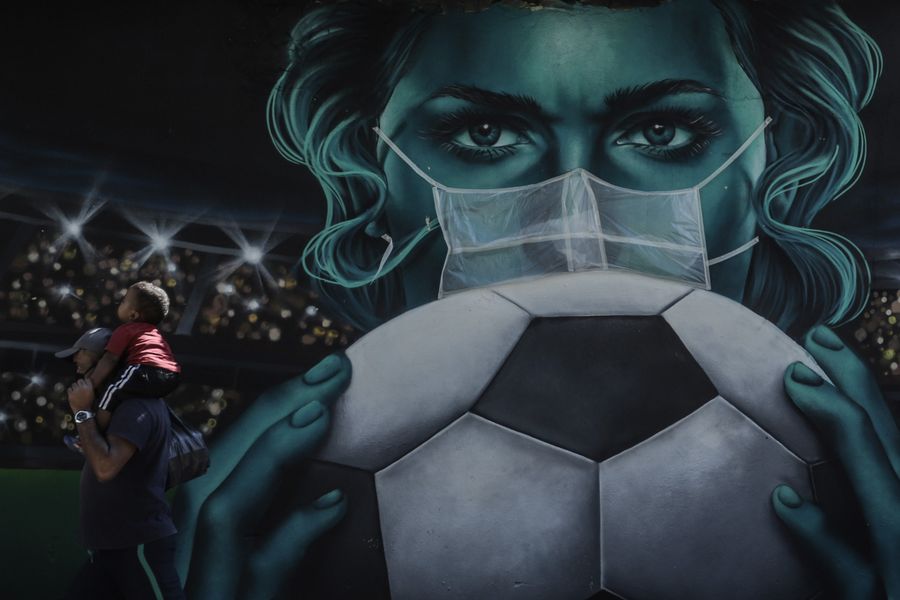 A grafitti receives a face mask as an attempt to raise awareness to contain the spread of COVID-19 in Sao Paulo, Brazil, on May 21, 2020. (Xinhua/Rahel Patrasso)

Data from Brazil's civil aviation agency shows there has already been a sharp reduction in U.S.-bound flights from the South American country.

WASHINGTON, May 25 (Xinhua) -- The White House on Sunday announced travel restrictions on Brazil, the nation with the second-highest number of COVID-19 cases.

"Today, the President has taken decisive action to protect our country by suspending the entry of aliens who have been in Brazil during the 14-day period before seeking admittance to the United States," the White House said in a statement.

The statement said the action would "help ensure foreign nationals who have been in Brazil do not become a source of additional infections in our country," noting that this measure would not apply to the flow of commerce between the two countries.

President Donald Trump had said last week that he was considering limiting travel from Brazil.

Brazil's Foreign Ministry called it a technical decision in the context of "important bilateral collaboration" to fight the COVID-19 pandemic, highlighting U.S. donations of 6.5 million U.S. dollars and a new White House promise of 1,000 respirators.

Earlier in the day, National Security Adviser Robert O'Brien said in an interview with CBS News, "I think that we'll have a 212(f) decision today with respect to Brazil, and just like we did with the UK and Europe and China, and we hope that'll be temporary."

"But because of the situation in Brazil, we're going to take every step necessary to protect the American people," he added. 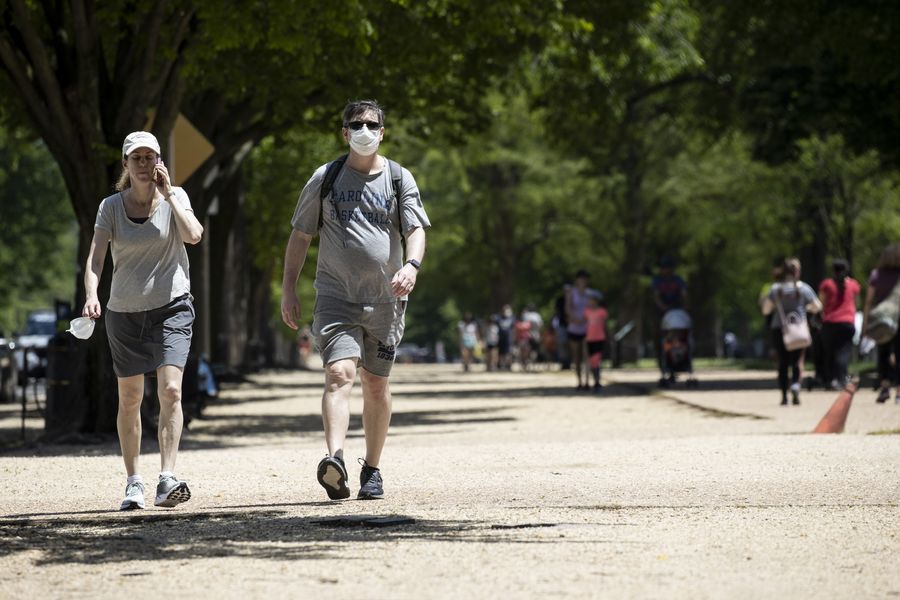 People take a walk on the National Mall in Washington D.C., the United States on May 23, 2020. (Photo by Ting Shen/Xinhua)

When asked if the upcoming travel restriction would also be expanded to other countries in the Southern Hemisphere, O'Brien said that the United States would "take a look at the other countries on a country-by-country basis."

As of Sunday afternoon, there have been 347,398 confirmed COVID-19 cases in Brazil with over 22,000 deaths, while the United States had more than 1.64 million COVID-19 cases and more than 97,000 people have died of the disease, according to Johns Hopkins University.

The Trump administration has adopted travel restrictions against Canada, Mexico, and European countries, among others. The U.S. State Department's travel advisory remains at Level 4, which instructs its citizens to avoid all international travel amid the global outbreak of the coronavirus.

Data from Brazil's civil aviation agency shows there has already been a sharp reduction in U.S.-bound flights from the South American country. There were more than 700 flights from Brazil to the United States in February of this year, with the number dropping to just 140 in April. ■