"It's gotten to the point, frankly, that we're going to go into bringing additional funeral directors to deal with the number of people who have passed," said Governor Andrew Cuomo at his daily briefing on Thursday.

The number of daily deaths in New York state broke record for the third straight day, with 799 people passing away from the pandemic on Wednesday.

"It's gotten to the point, frankly, that we're going to go into bringing additional funeral directors to deal with the number of people who have passed," said Governor Andrew Cuomo at his daily briefing on Thursday. 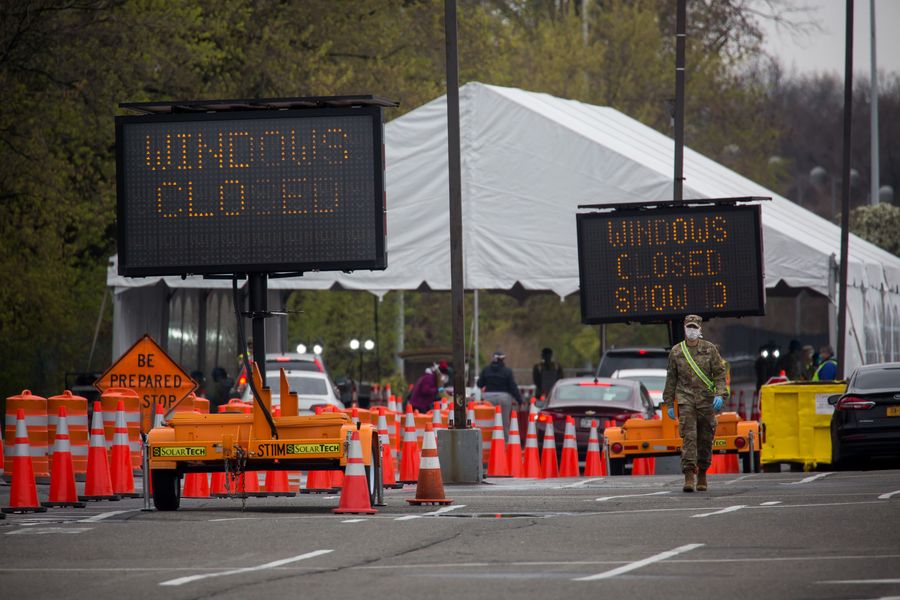 People drive up to a drive-through COVID-19 testing site during the coronavirus pandemic in the Bronx borough of New York, the United States, April 8, 2020. (Photo by Michael Nagle/Xinhua)

The governor said he would address the problem of racial disparities found in COVID-19 infection and deaths, starting with setting up five new testing sites in minority communities to collect information needed to come up with policies to fix it.

"Where do people live? Where do people work? What's the socioeconomic status? Where do they socialize? What are their previous health conditions? ... Let's understand it, but let's also address it," he said.

The governor also asked people in the state who have recovered from COVID-19 to donate blood, which may contain convalescent plasma with antibodies that could help with the development of a treatment for the virus.

In New York City, where death toll surged above 5,000, Mayor Bill de Blasio said on Thursday that current guidelines on working-from-home, school closures and social distancing may well be extended into May or even June.

The mayor said he would not loosen up restrictions unless there's sustained evidence of improvement, which requires continuing decreases of hospital admissions, ICU admissions and the percentage of people testing positive for at least ten days. 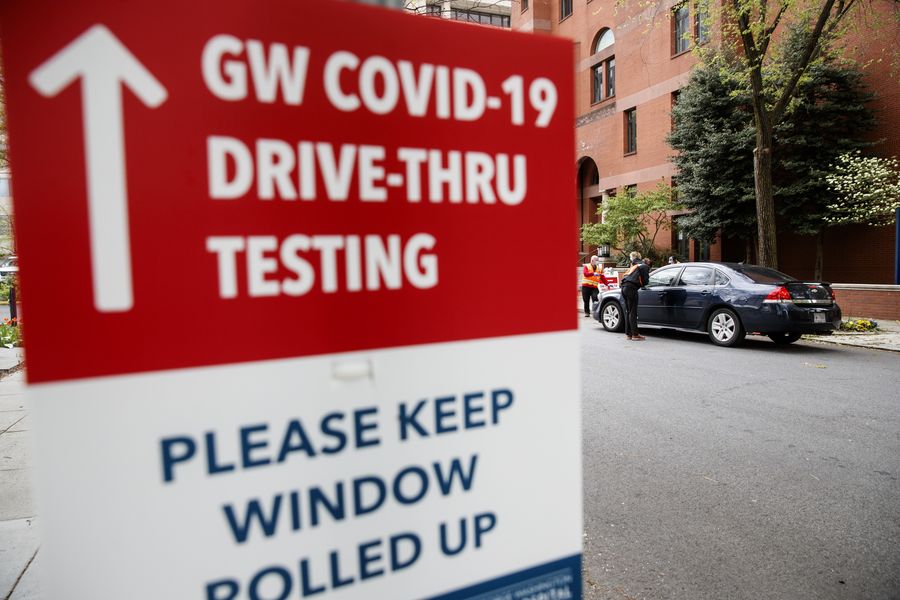 In the week ending April 4, the number of people filing for U.S. unemployment benefits slightly decreased by 261,000 to 6,606,000, after setting a second straight record in the previous week, the U.S. Bureau of Labor Statistics reported on Thursday.

"The very large spikes in weekly jobless claims, which were over 6 million for two consecutive months, suggests a much broader set of job closures in the short run," Michael Hicks, director of the Center for Business and Economic Research at Ball State University in Indiana, told Xinhua via email.

"The very rapid adoption of shelter-in-place orders by U.S. governors is clearly causing a significant reduction in employment across the states implementing it," Hicks said. 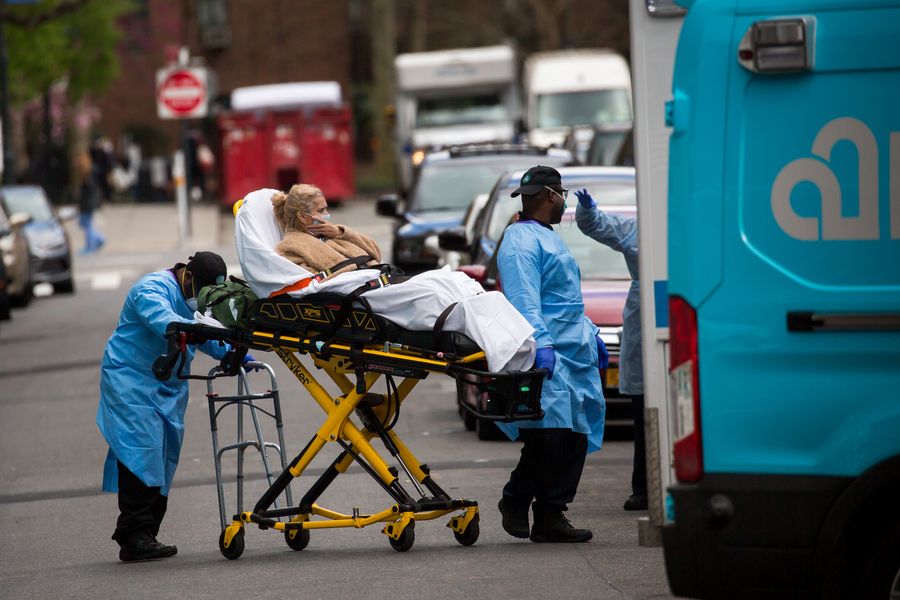 Healthcare workers carry a patient to an ambulance outside Mount Sinai Beth Israel hospital during the coronavirus pandemic in New York, the United States, April 8, 2020. (Photo by Michael Nagle/Xinhua)

Meanwhile, a clinical trial to evaluate the safety and effectiveness of hydroxychloroquine, an antimalarial drug, for the treatment of adults hospitalized with COVID-19 has begun in the country.

The U.S. National Institutes of Health (NIH) said on Thursday that the first participants have enrolled in the trial at Vanderbilt University Medical Center, Tennessee.

The blinded, placebo-controlled randomized clinical trial aims to enroll more than 500 adults who are currently hospitalized with COVID-19 or in an emergency department with anticipated hospitalization.

All participants in the study will continue to receive clinical care as indicated for their condition. Those randomized to the experimental intervention will also receive hydroxychloroquine, according to the NIH.

"Effective therapies for COVID-19 are urgently needed," said James Kiley, director of the Division of Lung Diseases of the National Heart, Lung, and Blood Institute.

"Hydroxychloroquine has showed promise in a lab setting against SARS-CoV-2, the virus that causes COVID-19 and preliminary reports suggest potential efficacy in small studies with patients. However, we really need clinical trial data to determine whether hydroxychloroquine is effective and safe in treating COVID-19," he said.