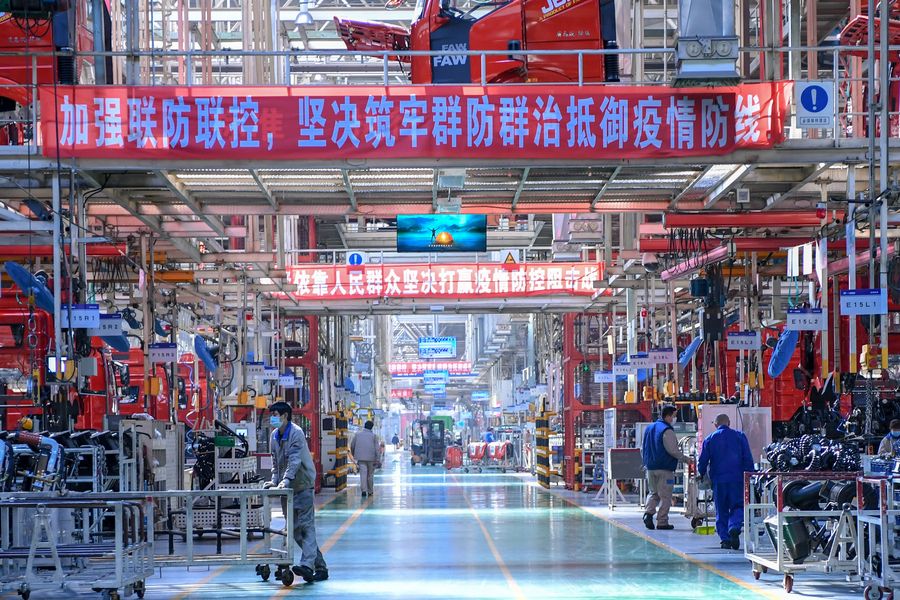 The grave challenge that China is tackling, assuredly, will not disrupt the nation's development course -- building a moderately prosperous society in all respects this year and fully building a modern socialist country by the mid-21st century.

BEIJING, Feb. 18 (Xinhua) -- The fight against the coronavirus is a major trial of China's governance system and public health emergency response, and a test of international solidarity in fighting common enemies of humanity as well.

Yet the grave challenge that China is tackling, assuredly, will not disrupt the nation's development course -- building a moderately prosperous society in all respects this year and fully building a modern socialist country by the mid-21st century.

Throughout its 5,000 years of history, the Chinese nation has never succumbed to difficulties and challenges, internally or externally, including the invasions by imperialist powers in modern times. Entering the 21st century, China has pulled through major risks and challenges such as the SARS epidemic in 2003, the 8.0-magnitude Wenchuan earthquake, and the global financial crisis in 2008. Certainly, the ongoing public health crisis caused by the previously unknown, highly contagious virus, is no exception.

Relying on its unique institutional strengths, particularly the highly efficient national mobilization of medics and materials and the pairing-up aid of other provinces in treating patients in affected cities in Hubei Province, China will win the people's war against the novel coronavirus disease, or COVID-19, despite the severity of the current situation.

The country's daily new confirmed cases of the novel coronavirus pneumonia outside Hubei, the epicenter province of the outbreak, have dropped for 14 consecutive days. Positive results are being delivered with all the unprecedented decisive and stringent measures taken under the centralized, unified leadership of the Communist Party of China (CPC) Central Committee, such as the city lockdown and the construction of multiple makeshift hospitals. Several local officials, including the Hubei provincial health commission head, were removed from their posts following the outbreak. 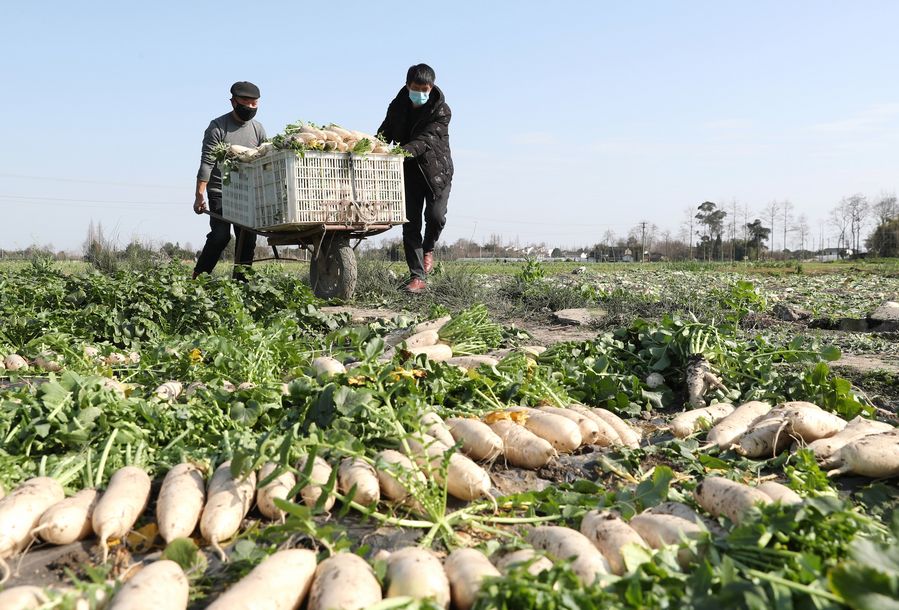 Villagers collect radishes in the field in Pusheng Village of Pengzhou, southwest China's Sichuan Province, Feb. 16, 2020. Villagers across China have been busy carrying out agricultural production in early spring to help ensure the supply of agricultural products in the fight against novel coronavirus. (Photo by Luo Guoyang/Xinhua)

In another rare move, China mulls postponing its annual "two sessions" scheduled for early March -- the meetings of the top legislative and political advisory bodies -- to contain the outbreak.

With the comprehensive and extraordinary measures, China has protected its own people and prevented the world from suffering a big catastrophe. In handling this international public health emergency, China is worthy of recognition and support.

United Nations Secretary-General Antonio Guterres on Sunday described the measures put in place by the Chinese government as "a gigantic effort" and said the efforts will allow for the progressive reduction of the disease.

The control of COVID-19 is at the most crucial juncture for China. The overall confirmed cases on the Chinese mainland had reached 72,436 by the end of Monday, and 1,868 people had died of the disease.

Much remains to be learned about the virus, which is more cunning than the one that spread SARS. Critical lessons must be learned from the deadly outbreak.

As leading domestic experts believe the virus probably comes from wild animals based on the finding that most early cases were related to a market in Wuhan, capital of Hubei, resolute efforts must be made to eliminate the consumption of wild animals and illegal trade of wildlife.

The epidemic exposes inadequacy in China's emergency management and public health. At a meeting of the CPC central committee for deepening overall reform last week, President Xi Jinping stressed the need to strengthen areas of weakness and close the loopholes exposed by the current epidemic. 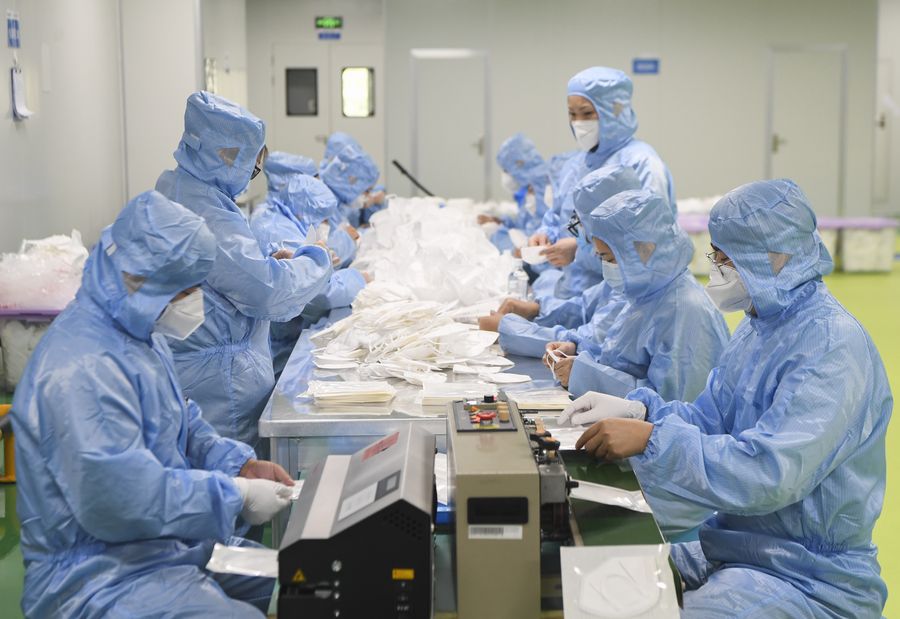 The coronavirus outbreak is expected to prompt an overhaul of the country's emergency and public health management and also push the modernization of China's system and capacity for governance, which is part of the nation's second centenary goal.

A Chinese saying goes that trials and tribulations serve only to revitalize a nation. For 1.4 billion Chinese, achieving national rejuvenation is no walk in the park and requires even greater efforts led by the reform-minded CPC.

Facing temporary difficulties, many companies in China have made rapid and flexible adjustments in operation and production. It is widely agreed among domestic economists that the outbreak will not undermine the fundamentals of China's highly resilient economy, which contributes around 30 percent of global growth.

Going through the trial of the coronavirus outbreak, the united Chinese people are determined to march towards national rejuvenation in a more sound and smart way, while pursuing common prosperity and closer interaction with the world.

Tens of thousands of medics in China are racing against time to save the lives of infected people at the risk of their own. Chinese people are grateful for the backing of the international community, especially the aid of urgently needed protective gear for medics from many countries.

Zero-sum stragglers should refrain from taking advantage of the epidemic to slander China. Instead, they should think more about how to jointly fight common enemies such as epidemics and terrorism, which are not bound by national borders in the globalized international community. ■