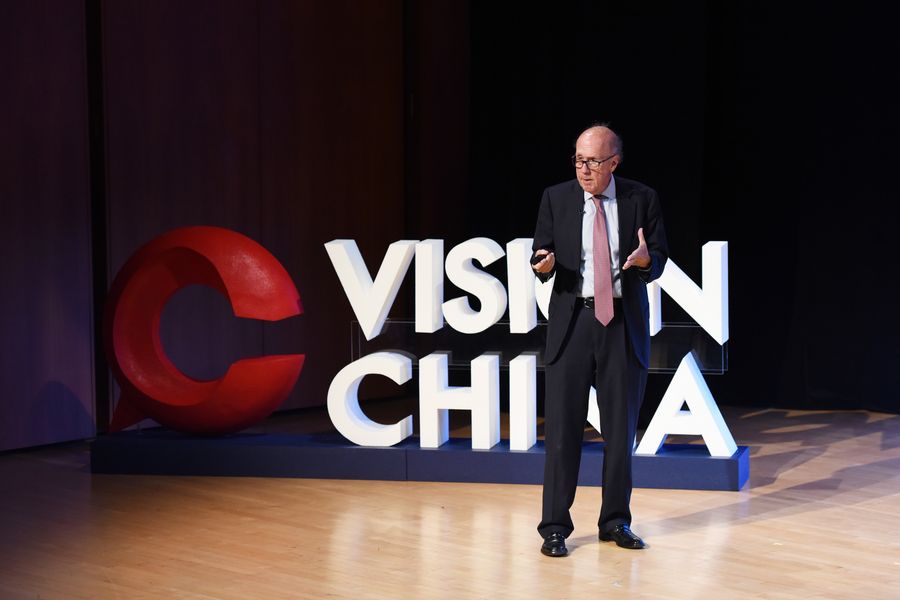 - The coronavirus will not create new uncertainty to the China-U.S. bilateral trade relationship, as Washington is "respectful" of the fact that bringing the epidemic under control is a priority for China at the moment, Stephen Roach told Xinhua.

- "I'm still very optimistic on the prospects for the Chinese economy," Roach said. "The key is to not let a terribly unfortunate event like this detract from the ongoing reforms that are so vital for China at this point in time."

NEW HAVEN, the United States, Feb. 16 (Xinhua) -- It is "encouraging" that China has acted "aggressively" to curb the spread of the novel coronavirus disease (COVID-19) while maintaining transparency in its communication with the public, a U.S. economist and China expert has said.

The coronavirus will not create new uncertainty to the China-U.S. bilateral trade relationship, as Washington is "respectful" of the fact that bringing the epidemic under control is a priority for China at the moment, Stephen Roach, senior fellow at Yale University's Jackson Institute of Global Affairs, said in an interview with Xinhua days before the U.S.-China phase-one trade deal took effect Friday. 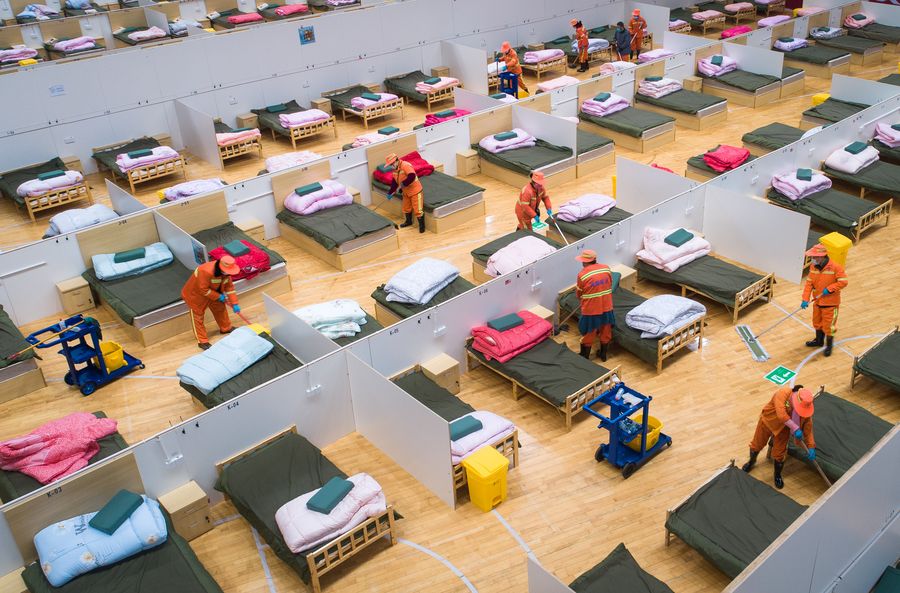 "Actions taken by the Chinese government to isolate the disease, especially within the confines of Hubei Province, and in (Hubei's capital city of) Wuhan in particular, are encouraging," said Roach, former chairman of Morgan Stanley Asia and chief economist at Morgan Stanley, the New York-based investment bank.

"The government reacted very strongly and correctly," he said. Regarding the Chinese government's interactions with the public as the situation unfolds, the expert said authorities have been "open and aggressive and transparent in conveying the sense of concern."

In particular, Roach spoke highly of the government "moving more aggressively to build new hospitals" in Wuhan, where the coronavirus is believed to have originated.

On the economic impact of the coronavirus, Roach said he is "an optimist in the Chinese economy," adding that while the country is expected to experience an economic "shock" in the first half of the year due to the infections, it will be "followed by a rebound, and possibly a sharp rebound, once the virus is under control."

"This is exactly what happened in early 2003 with the SARS outbreak. There was no reason to believe that won't be the case this time as well," he said.

The People's Bank of China, the country's central bank, has responded swiftly to buttress the economy amid the coronavirus outbreak by injecting additional liquidity into the market, a measure Roach said will calm the market but "will not necessarily trigger recovery." The recovery, he added, "will occur on its own."

Roach noted that at present, there are still plenty of opportunities for Chinese policymakers to adopt monetary and fiscal stimuli. "In the absence of inflation risk, which I think is still a reasonable bet to make, it would be appropriate to see the central bank continue to be accommodated."

Even as China resorts to whatever tools necessary to arrest a potential economic slowdown right now, Roach's advice is for the country not to "lose sight on the benefits of" the structural reforms, which the Chinese government has been implementing for over a decade. 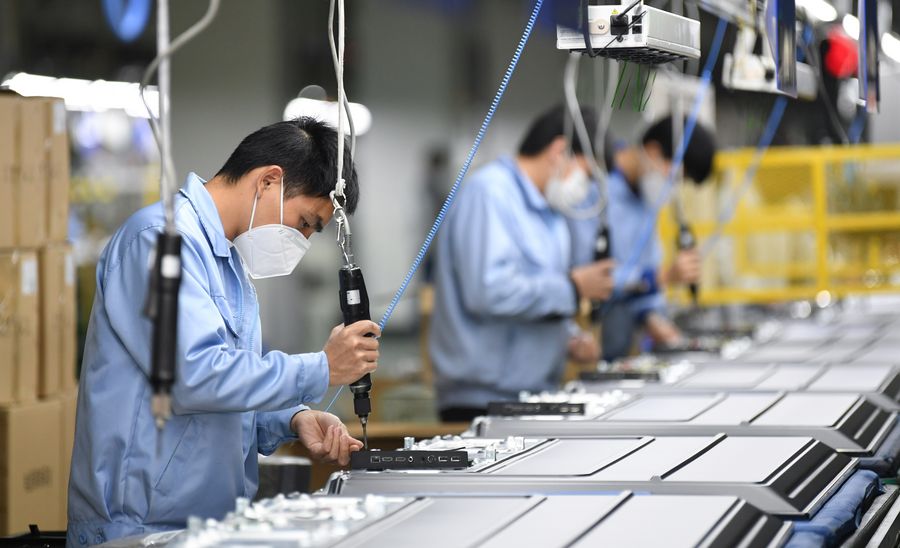 "I'm still very optimistic on the prospects for the Chinese economy," Roach said. "The key is to not let a terribly unfortunate event like this detract from the ongoing reforms that are so vital for China at this point in time."

Further elaborating on this viewpoint, Roach suggested that Beijing "stay on course of shifting from a growth model relying on exports and investments to internal private consumption, from manufacturing to services, from imported to indigenous innovation -- that's all very positive for China going forward."

Roach predicted that the coronavirus will inflict "a surprisingly tough toll on the world economy." His estimate is that the disease, as it transmits across borders, will take global GDP growth in 2020 "down into the mid-2 percent area -- so that would technically be right on the brink of a new global recession."

"But again, I just want to stress that the economy goes down sharply and then comes back sharply," Roach said. "So the global impacts, I think, will be short-lived."

The coronavirus, Roach said, will undoubtedly disrupt global supply chains severely, but the fear that supply chains will move away from China "is premature, dead wrong -- most likely."

Roach stressed the common threat the virus poses to people all around the world. "No country is in oasis when the world is dealing with a tough set of circumstances," he said, urging countries to "move out of their political roles and focus on what's best for the people, for humanity." 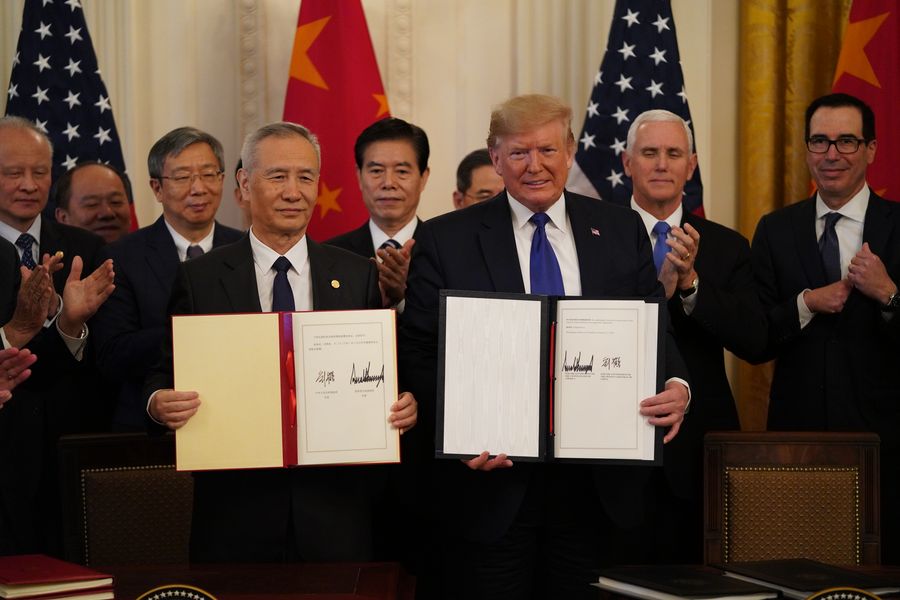 U.S. President Donald Trump and Chinese Vice Premier Liu He, who is also a member of the Political Bureau of the Communist Party of China Central Committee and chief of the Chinese side of the China-U.S. comprehensive economic dialogue, show the signed China-U.S. phase-one economic and trade agreement during a ceremony at the East Room of the White House in Washington D.C., the United States, Jan. 15, 2020. (Xinhua/Wang Ying)

The COVID-19 outbreak in China came at a time when Washington and Beijing signed the phase-one deal aimed at resolving their economic and trade disputes. The agreement came into effect Friday.

Roach said the coronavirus will not become a new source of uncertainty in the China-U.S. trade relationship, as the United States is aware that dealing with the epidemic is of utmost urgency for China at present. "I think the U.S. is very respectful of China's need to address this as forcefully as possible."

The multiple rounds of negotiations resulting in the phase-one deal "served a useful purpose of bringing a lot of tough issues out into the open," Roach said, adding that the deal, under which both sides agreed to a "ceasefire or truce" on punitive tariffs, is "a welcome relief from escalating tensions." Yet, "there's still a lot of unfinished business in resolving the differences," he said.

China announced on Feb. 6 that it will cut in half the rate of additional tariffs on some 75 billion U.S. dollars worth of U.S. products, a move that followed a pledge made on Jan. 22 by the United States Trade Representative's Office to halve tariffs -- from the current 15 percent to 7.5 percent -- on some 120 billion dollars of Chinese goods imposed during the trade dispute. Both reductions took effect Friday.

Washington's obsession with the trade balance with China is ill-advised, since "you can't address or fix a multilateral trade problem with a bilateral U.S.-China solution," Roach said, citing the latest data that shows the United States had trade deficits with 102 countries in 2019.

"The data that just came out for full-year 2019 underscores the fact that while the Chinese deficit narrowed by some 74 billion dollars, deficits have widened with seven of the 10 largest economies in the world," Roach said. "So we went deeper into deficit."

What's more, countries with which U.S. trade deficit has increased happen to be "higher-cost producers," said Roach. "If you're diverting trade away from your low-cost platform in China to your higher-cost producers, that taxes the American consumer and that's a very negative outcome if it keeps going."

U.S. trade imbalances with China and other countries derive from "a macroeconomic problem that reflects our lack of saving and the need to borrow surplus savings from abroad," Roach said, adding that reducing the U.S. budget deficit is the remedy.

"It's the single greatest source behind our shortfall of domestic savings. And right now that situation is going from bad to worse," he said. ■