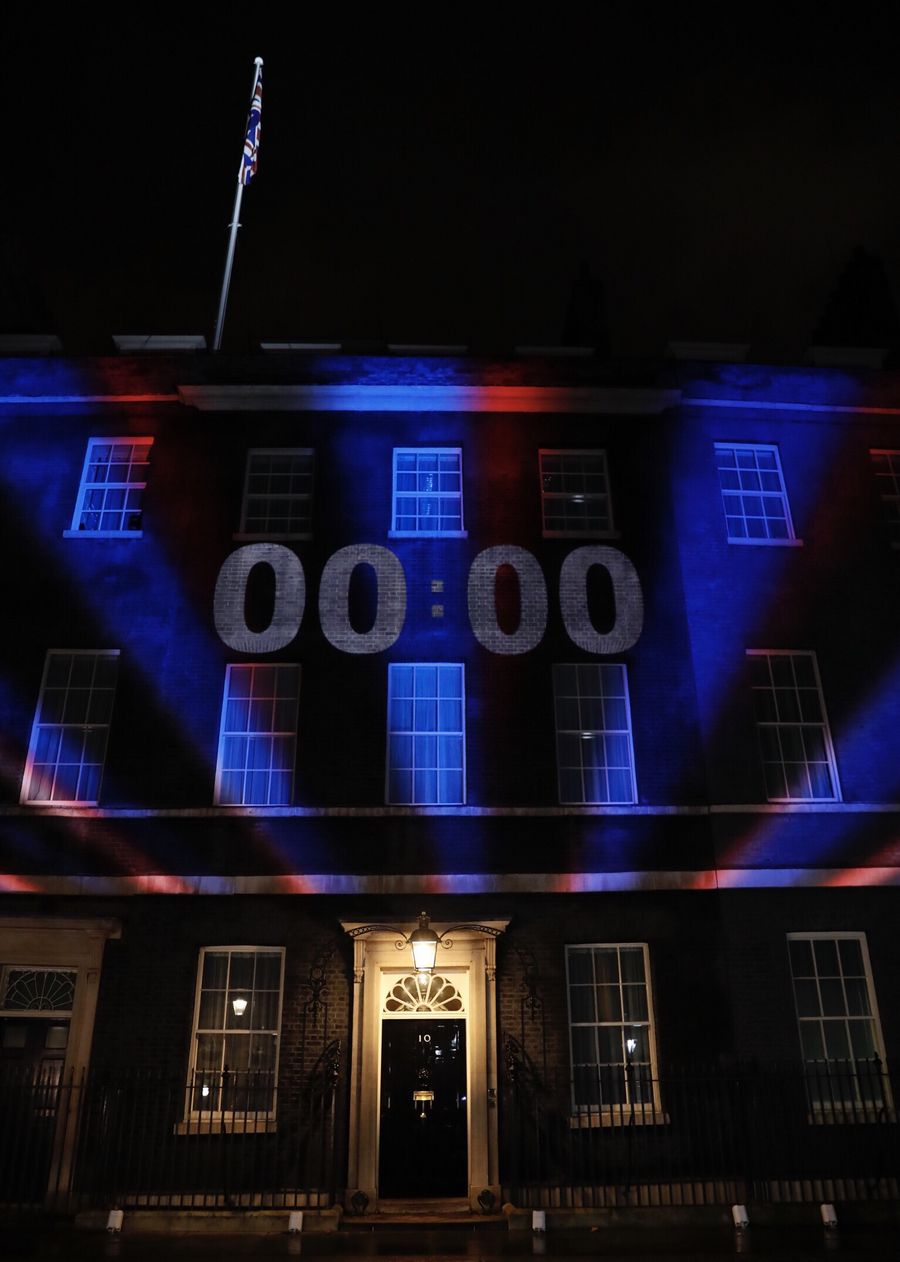 A countdown clock is projected onto the wall of 10 Downing Street in London, Britain, on Jan. 31, 2020.(Xinhua/Han Yan)

The new cabinet and the exit of Sajid Javid, former Chancellor of the Exchequer, shows that Boris Johnson has garnered "massive political strength," says Professor Anthony Glees from the University of Buckingham.

The fall-out from Johnson's shake-up following the dramatic resignation of Chancellor of the Exchequer Sajid Javid continued over the weekend with the big question being debated by political commentators: whether Javid's sudden departure was an unintended consequence or engineered from within Downing Street.

Johnson wanted closer liaison between Downing Street and the Treasury, but Javid reportedly refused to accept an order to fire his team of advisers, and instead resigned. Shortly after Javid's decision, Johnson named then Chief Secretary to the Treasury Rishi Sunak as the new chancellor of the exchequer. 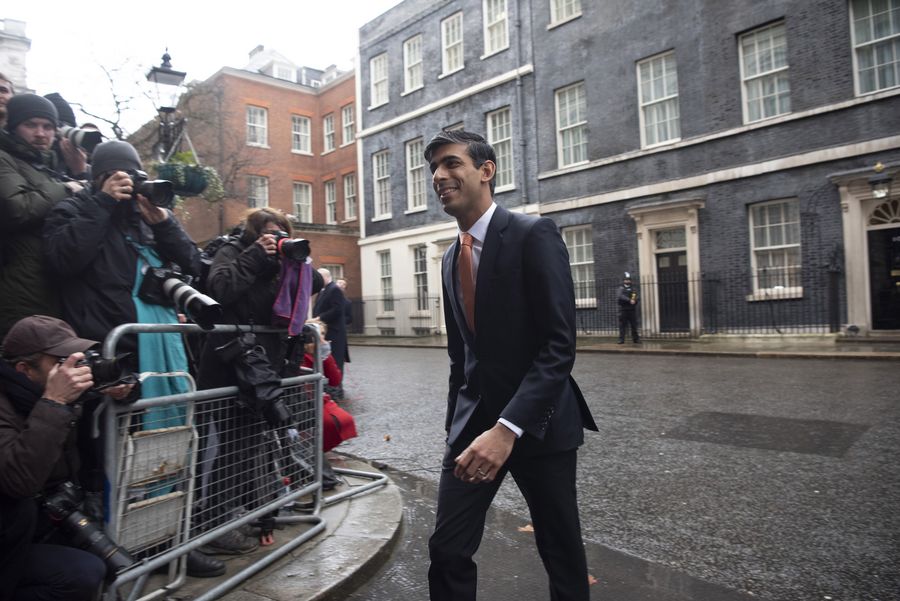 Professor Anthony Glees from the University of Buckingham said the new cabinet and the exit of Javid shows that Johnson has garnered "massive political strength".

With his new team, Johnson is more likely to "produce some tangible benefit for Brexit and for the new Red Wall Conservative voters," Glee told Xinhua, referring to the millions of voters in traditional Labour heartlands who switched their votes to the Conservatives. Some of the seats to fall in December had been in Labour hands for a century.

On Friday, Sunak sat next to Johnson in the Cabinet room at Downing Street, as the new-look ministerial team smiled for the cameras.

Sunak's elevation to the chancellorship was the only change in the top-four government positions. Prime Minister Johnson, Foreign Secretary Dominic Raab and Home Secretary Priti Patel make up the other three.

Johnson opened the debut meeting of his new cabinet with a rallying call, urging efforts to tackle such challenges as cutting crime, backing businesses and reducing waiting time in the NHS.

"We have to repay the trust of people who voted for us in huge numbers in December and who look forward to us delivering," he said.

Local Government and Communities Secretary Robert Jenrick told local radio that bringing together the Treasury and No. 10 would provide a "united front" working for the prime minister to deal with post-Brexit challenges and deliver his election pledges.

"It is right that there's a coordinated economic function between the Treasury and No. 10 which will enable them to work together as closely as possible to deliver the promises made in the general election."

"We left the EU in January, we want to ensure the (new) budget is a very strong one that really begins to deliver on what we promised in that general election. The prime minister is very much in charge. He chooses the top team and how they are structured."

It is still not clear whether the new chancellor will deliver the first post-Brexit budget in early March as scheduled, or whether it will be delayed. Some analysts point out that the differences between No. 10 and the Treasury is not entirely eliminated even with the departure of Javid.

After his exit, Javid told Johnson that it was "crucial for the effectiveness of government that you have people around you who can give you clear and candid advice." 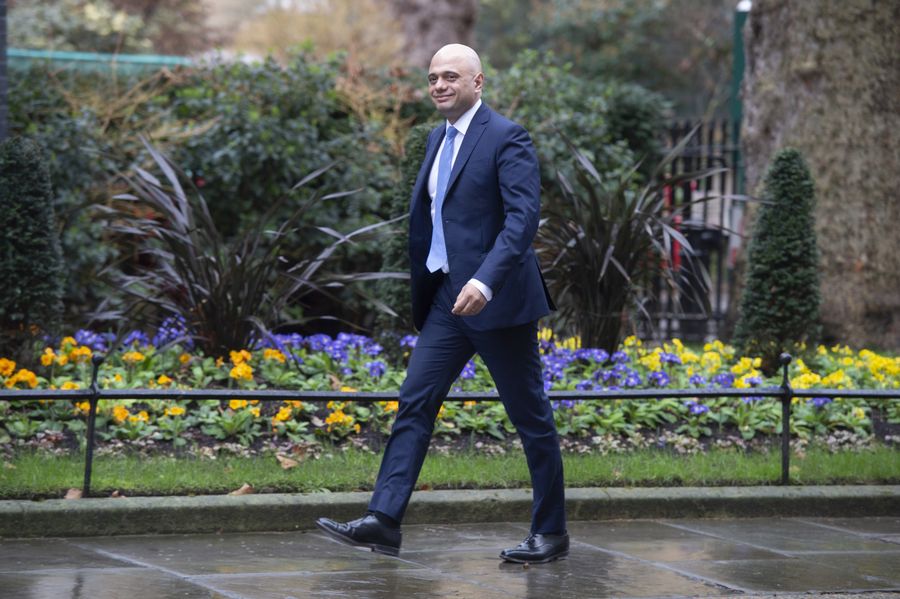 "I would urge you to ensure the Treasury as an institution retains as much credibility as possible," he warned.

"Over the centuries, the Treasury has shown repeatedly that it is not easily brought to heel," Finkelstein said. ■