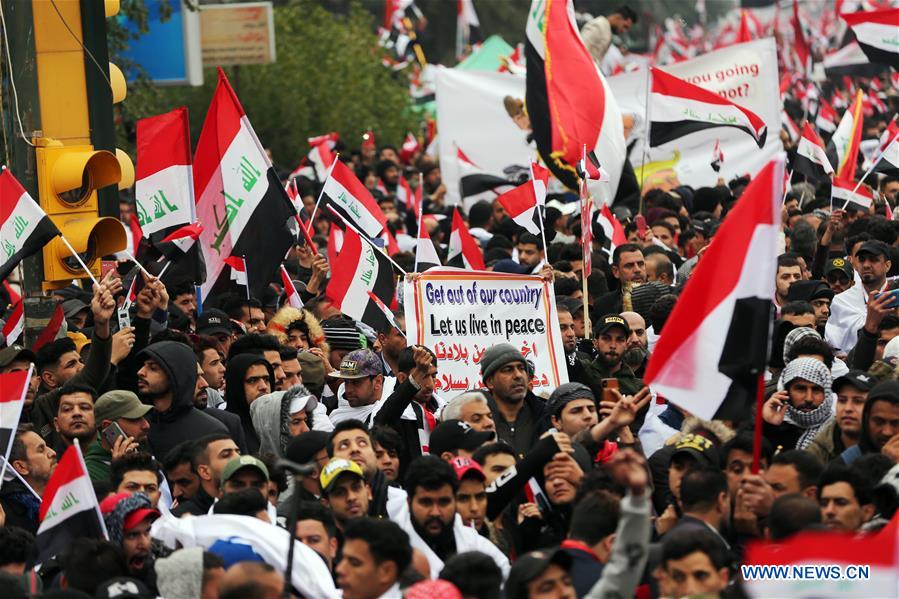 Al-Sadr made the call in a letter sent to a massive rally of Iraqis in al-Jaderiyah district, central Baghdad. "We will try to pursue all peaceful political, economic, social, cultural and popular means," the leader said.

Tens of thousands of Iraqis, mainly al-Sadr's followers, gathered to reject the presence of U.S. troops in Iraq, in response to an earlier call by al-Sadr.

If the primary goal, which is to schedule the withdrawal of the U.S. forces, is fulfilled, the peaceful means will continue until full withdrawal is realized, al-Sadr said in the letter.

He said full withdrawal can only be achieved by closing all American military bases on Iraqi soil, closing the headquarters of American security companies and ending their work in Iraq, and closing the Iraqi airspace to the military and intelligence flights of the U.S. forces.

He also called on cancelling all security agreements with the United States due to the absence of an international balance in them since concluded, and they were approved during the years of the U.S. occupation of Iraq after 2003.

Referring to the sporadic attacks on facilities and military bases housing U.S. troops, al-Sadr pledged a "pause of all resistance" until the withdrawal of the last U.S. soldier from Iraq.

"We will try to do our utmost not to throw Iraq into another war with the unjust occupier who perched on the chest of Iraq," al-Sadr said.

The Iraqi parliament passed a resolution requiring the government to end the presence of foreign forces in Iraq on Jan. 5, two days after a U.S. drone strike on a convoy at Baghdad airport which killed Qassem Soleimani, commander of the Quds Force of Iran's Islamic Revolution Guards Corps, and Abu Mahdi al-Muhandis, deputy chief of Iraq's paramilitary Hashd Shaabi forces.

Over 5,000 U.S. troops have been deployed in Iraq to support the Iraqi forces in the battles against Islamic State militants, mainly providing training and advising to the Iraqi forces.