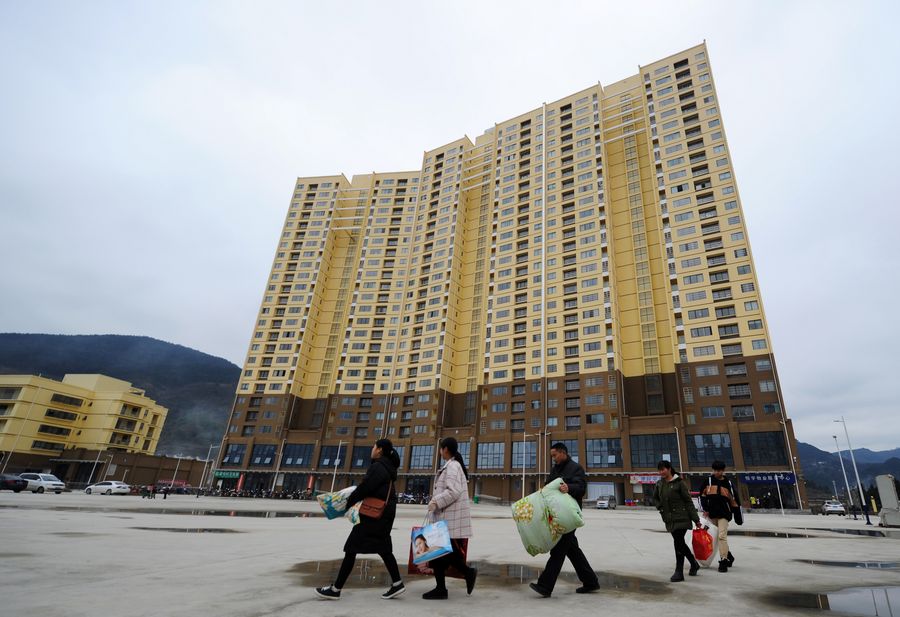 China's housing market is expected to make a smooth transition toward the use of the loan primate rate which starts from Oct. 8 as the central bank seeks to set its interest rate for commercial individual housing loans in a more market-based manner.

BEIJING, Sept. 16 (Xinhua) -- China's housing market is expected to make a smooth transition toward the use of the loan primate rate (LPR) as the new benchmark for setting the interest rate of newly issued commercial individual housing loans.

Starting from Oct. 8, the loan benchmark interest rate in use will be replaced by the LPR as the central bank seeks to set its interest rate for commercial individual housing loans in a more market-based manner.

New mortgage rates for first-home purchases should not be lower than the related LPRs, while those for second-time buyers should be at least 60 basis points higher than the LPRs, said the People's Bank of China.

Sources from relevant governmental departments said that the switch has been quite smooth, with banking institutions in various regions making steady progress on deciding the minimum basis points to be added to the LPR in line with the conditions of local property markets.

The move is to ensure the implementation of differentiated credit policies for housing loans and better regulate the country's property market.

So far, 13 provincial regions have disclosed the minimum basis points to be added, while others are expected to release theirs before the end of month.

However, the interest rates of housing loans would not change much after the new benchmark was put into use, and no rush of property purchases or surge of home loan applications has ever occurred, according to sources with the loan departments of state-owned banks.

Newly added home purchase loans have not reported a great increase from the period before the new policy was unveiled, and for buyers, factors relating to the house are more influential than the interest rate when applying for bank loans, said an unnamed staff member from a Shenzhen branch of China Merchants Bank.

Li Wanbin, an analyst from the mobile financing platform Rong360.com said it would take some time for borrowers to adapt to the new interest rate formation policy.

Meanwhile, considering the strong market expectations for lower interest rates, property buyers will find it relatively easy to accept the new pricing mechanism and sign purchasing contracts, according to Li.