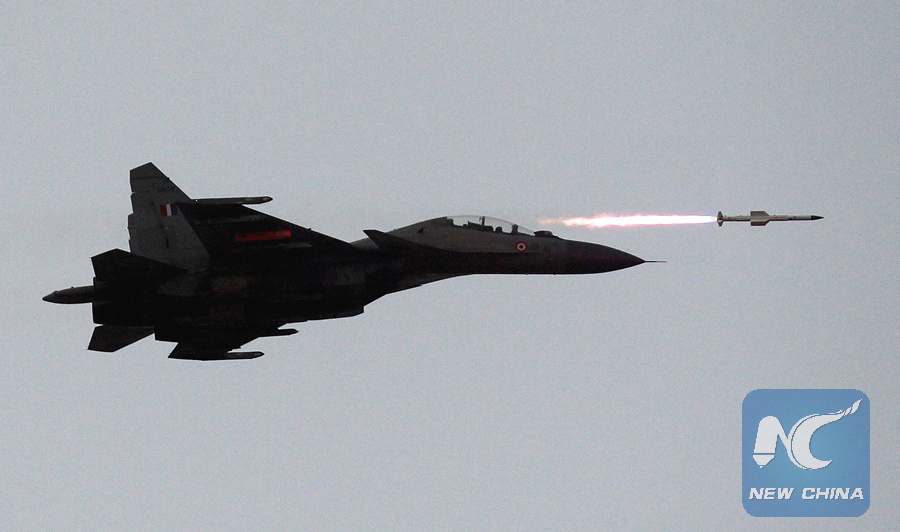 An Indian Air Force Su-30MKI aircraft fires an air-to-air missile during an exercise at Pokhran in the state of Rajasthan, India, March 18, 2016. (REUTERS)

"Some time ago, fairly large contracts for airborne missiles were signed, involving the supply of about 1,000 missiles for various purposes," RIA Novosti news agency quoted the Russian Federal Service for Military-Technical Cooperation as saying.

Earlier on Tuesday, the Indian ANI news agency reported that India has signed a deal with Russia to acquire R-27 missiles to be used on Su-30MKI fighters worth 1,500 crore rupees (around 218 million U.S. dollars).

Medium-to-long-range R-27 missiles were developed by Russia for its MiG and Sukhoi series of fighter jets.

Russia has supplied India with over 270 assembled Su-30MKI planes and full sets of components for local assembly, and the aircraft have formed the core of the Indian Air Force, according to the producer Irkut Corporation.