Russia declares state of emergency in four regions over wildfires 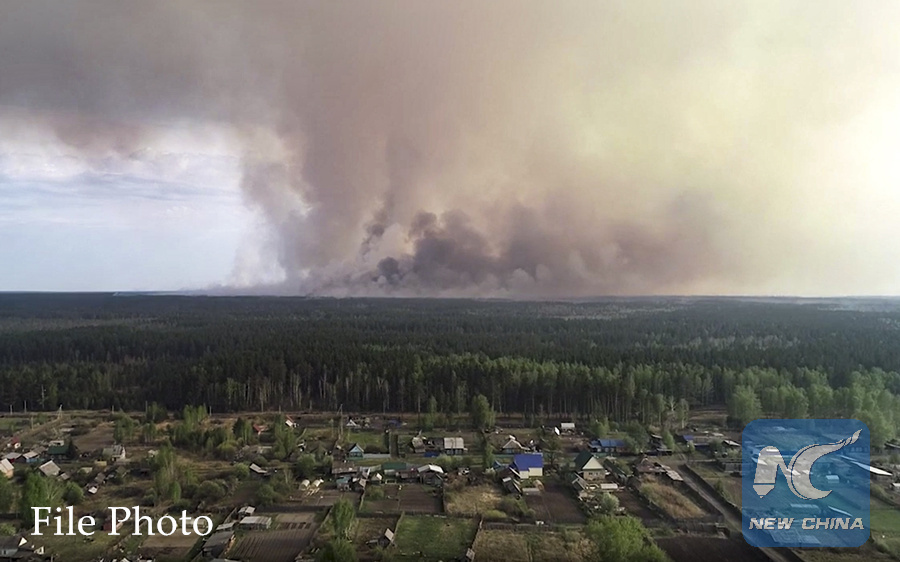 In this video grab provided by Russia Emergency Situations Ministry on Saturday, May 11, 2019, wildfires are seen throughout a helicopter's window as it flies over Kurgan region, Russia.

MOSCOW, July 29 (Xinhua) -- Russia has declared a state of emergency in forests in four regions of Siberia and the Far East over mass wildfires, the Russian Aerial Forest Protection Service said Monday.

The state of emergency has been declared for the entire Krasnoyarsk and Irkutsk regions and parts of the Republic of Buryatia and Sakha (Yakytia) Republic, the service said in a statement.

According to the statement, by Monday forest wildfires were raging on nearly 3 million hectares in Russia, and extinguishing activities were underway in an area of 89,506 hectares.

It said over the last 24 hours, 51 forest fires were eliminated in Russia on an area of 13,422 hectares.

The service was constantly monitoring, with the help of satellites, 328 wild forest fires on an area of 2,731,541 hectares of remote areas, for which the extinguishing work has been terminated or did not begin due to difficult access, it said.

The Russian Emergencies Ministry said in a separate statement on Monday that its first deputy head Alexander Chupriyan had held a meeting on combating calamities in Russia.

It said a "special fire prevention regime" had been imposed on the whole of 24 Russian regions and in part on another 23.

The regime stipulates additional fire safety requirements and provides a set of organizational and technical measures to ensure the fire safety of facilities of state importance and enterprises of the military-industrial complex, the statement said.

Wildfires rage in Russian forests every year. They affected an area of over 3 million hectares last year, according to Russian media reports.

Meanwhile, the Emergencies Ministry said that the Irkutsk region and Khabarovsk and Amur regions of the Russian Far East also suffered from floods.

The emergency services had to evacuate over 2,000 people, including 447 children, from the flooded areas, the statement said.