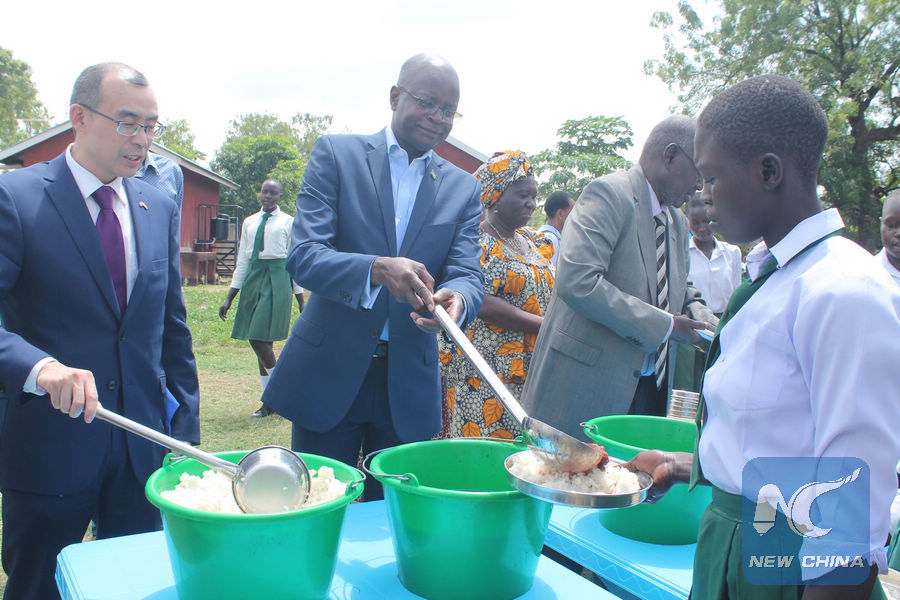 JUBA, July 27 (Xinhua) -- South Sudan's investment climate has recently improved thanks to normalcy linked to the ongoing implementation of the revitalized peace deal by the warring parties, a senior official said on Friday.

"The (business) climate has jumped. I can claim that the investment climate and investor confidence has been boosted up to 70 percent," Maliet told journalists in Juba.

He said the country was eager to reap the benefits from the various overseas trade exhibition and shows it conducted in several investment capitals around the world like the investment roadshow in Washington D.C, New York, Dubai and South Africa.

Maliet disclosed that several South Sudanese are also returning to invest in the country which has had positive impact on the market, hence raising the purchasing power crucial for attracting foreign capital.

"Positive messages from the president have also boosted investor confidence. So from my perspective I think you invest so as to bring peace and it is important for South Sudanese and investors, government to understand that it is investments that bring peace," said Maliet.

He said the government plans to hold investment conference to sustain the business momentum in the country prior to forming of the transitional unity government in November.

South Africa has raised over 1 billion U.S. dollars to invest in South Sudan and Africa's telecom giant MTN has already injected over 30 million dollars in its South Sudan operations.

"We have got a lot of people from Dubai, many of them have come now...Egypt has raised a very high interest to come and invest in South Sudan and in September we are going to do a symposium specifically for South Sudan, it is going to be done by the Egyptian business association," said Maliet.

He disclosed that Egyptian businesses are interested in investing in aquaculture while the Emiratis are eyeing investing in growing of fresh vegetables for export which will create employment and boost technology transfer.