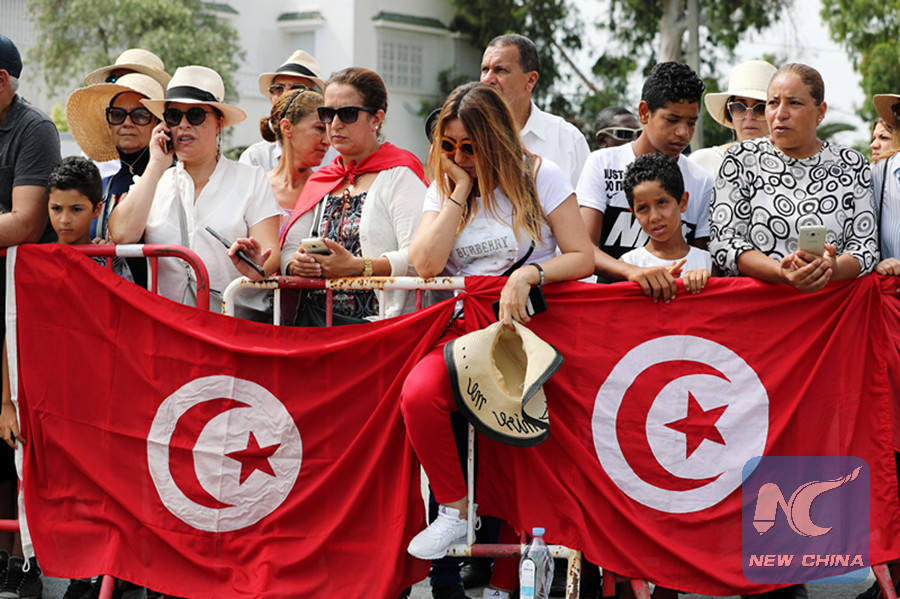 TUNIS, July 27 (Xinhua) -- Tunisia on Saturday bid farewell to its President Beji Caid Essebsi who passed away on Thursday morning at the age of 92.

The body of President Essebsi will be buried in Al-Zallag cemetery in the Tunisian capital in a procession that will take place from the presidential palace in Carthage with the participation of heads of state and government from 23 Arab and foreign countries.

The Tunisian Interior Ministry said on Friday that extraordinary measures had been taken to secure the funeral for Essebsi.

Essebsi was born on Nov. 29, 1926 in Sidi Bou Said in the northern suburbs of the capital.

He studied law in Paris until 1950, and two years later became a lawyer in his home country. 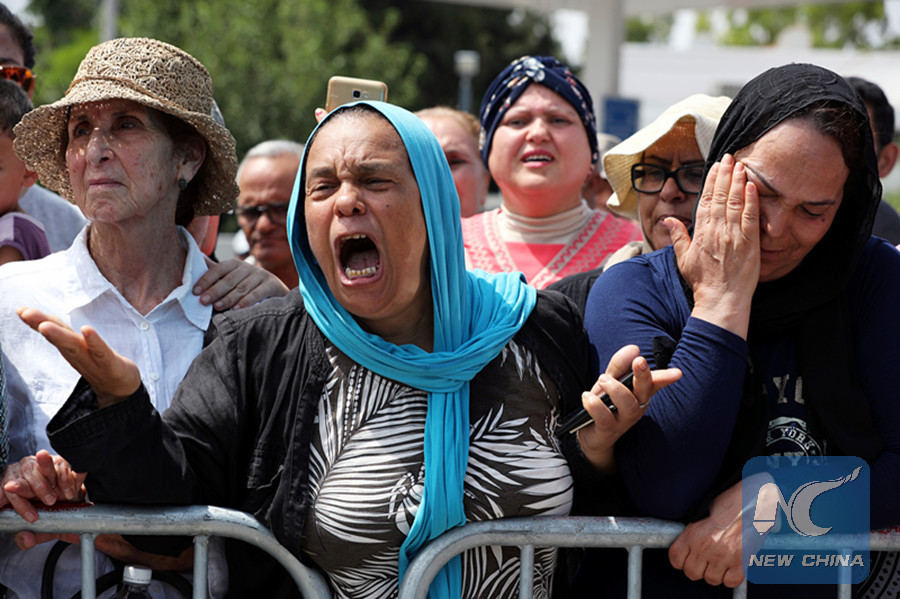 His first involvement in politics dates back to 1941, when he joined the Neo Destour party, a Tunisian political party that was founded by a group of Tunisian nationalist politicians during the French colonization.

Following the country's independence from France in 1956, he began to exercise high political responsibilities.

He took over the Tunisian presidency after winning the 2014 elections.