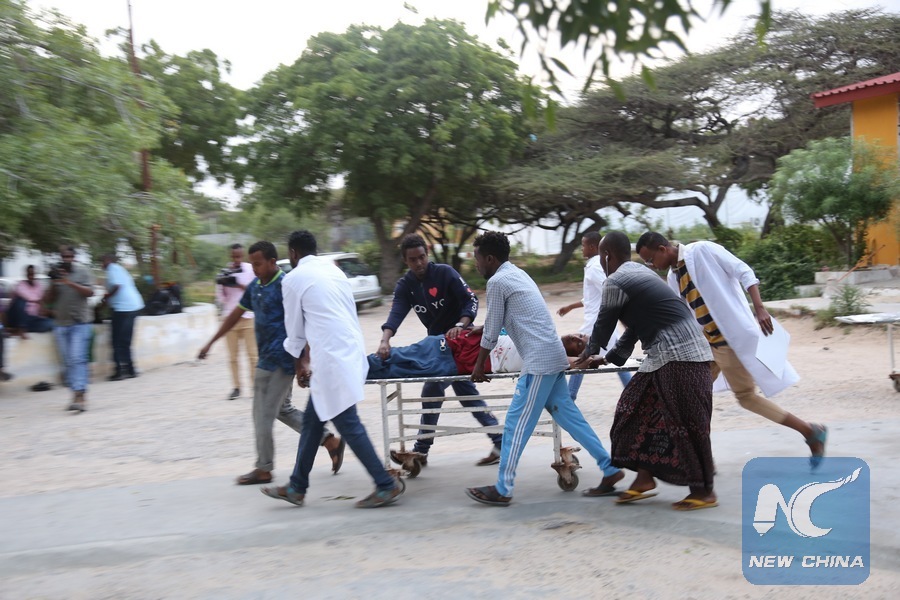 People carry a wounded person on a stretcher after a suicide attack at Mogadishu mayor's offices in Mogadishu, Somalia, July 24, 2019. Mogadishu mayor, Abdirrahman Omar Osman was injured while a district commissioner was killed when two suicide bombers blew themselves up at Banadir administration headquarters which houses the mayor offices on Wednesday. (Xinhua/Hassan Bashi)

MOGADISHU, July 26 (Xinhua) -- Some 625 Ugandan peacekeepers have arrived in Mogadishu to begin duties of supporting the UN efforts to bring peace and stability to the Horn of Africa nation, the UN said on Friday.

The UN Support Office in Somalia (UNSOS) said the new officers and enlisted troops who are part of the UN Guard Unit will be tasked with ensuring the safety of the world body's staff in their compound in the capital city, Mogadishu.

"Do your work. It is about the mission all the time. For the next one year that you are going to be here, please focus on the mission," Peter Elwelu, Commander of Uganda's land forces, said in a statement from the UNSOS.

"What I want you to promote here is the spirit of comradeship. When you have teamwork, I assure you that you will find your mission very simple," Elwelu added.

The arrival of the Ugandan peacekeepers comes days after al-Shabab said Wednesday's attack on Mogadishu mayor's office was intended to target senior UN envoy in Somalia. 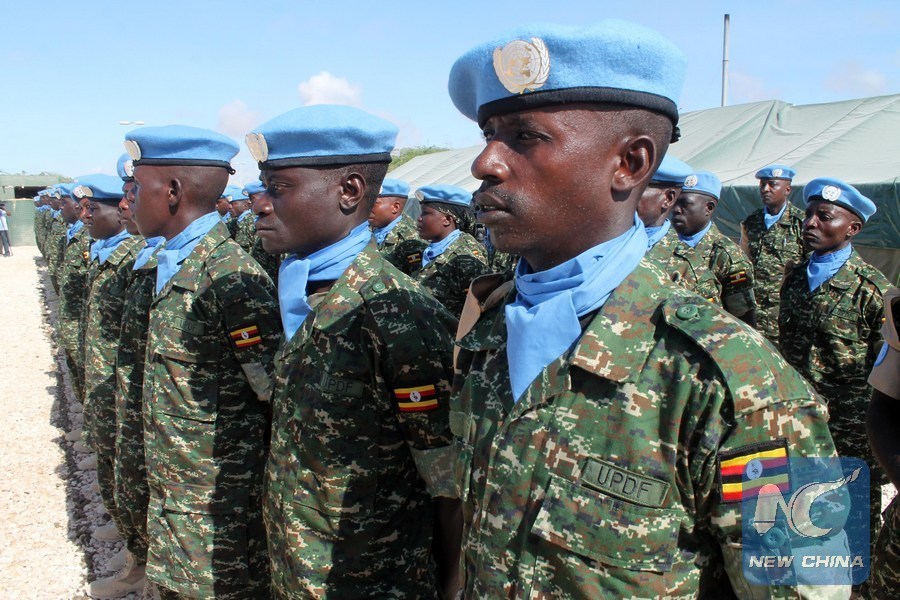 Soldiers stand guard during the formal inauguration ceremony of the United Nations Guard Unit (UNGU), a defensive military enity mandated to protect UN staff and installations in Mogadishua, capital of Somalia, May 18, 2014. The UNGU is made up of 410 troops provided by the Uganda People's Defence Forces. The Guard Unit, led by a Ugandan Commander, falls under the responsibliity of the UN designated official in Somalia. (Xinhua/Faisal Isse)

The incoming protection unit - known as UNGU VI, due to it being the sixth such rotation - is made up of soldiers from the Uganda People's Defence Forces with 625 officers and enlisted troops, and includes 86 women among them.

UNGU contingents are tasked with protecting UN staff and installations in Mogadishu in order to assist staff of the UN Assistance Mission in Somalia (UNSOM), the UN Support Office in Somalia (UNSOS) and other parts of the UN system to carry out their work in the Horn of Africa country's capital.