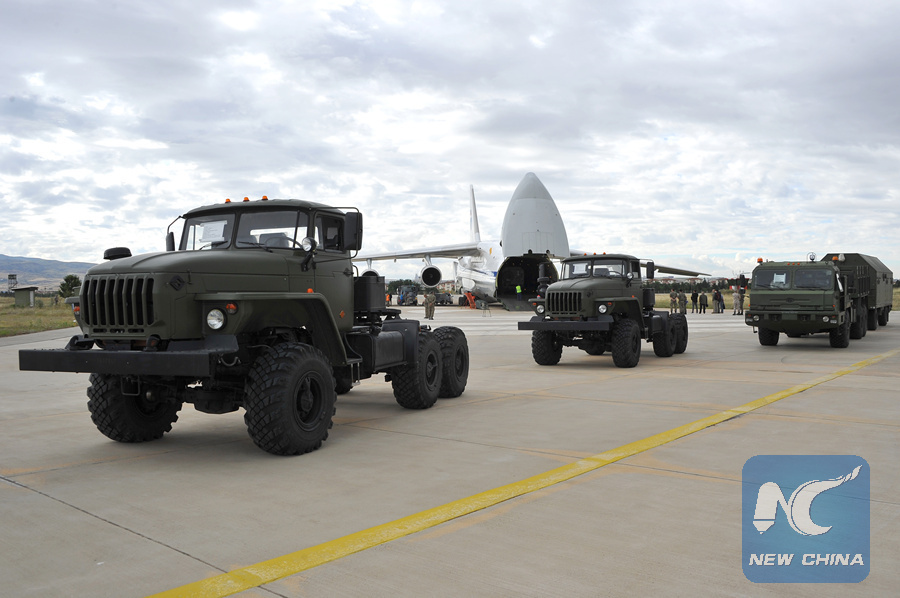 A Russian Antonov military cargo plane, carrying parts of the S-400 missile defense system from Russia, is unloaded after landing at the Murted Air Base in Ankara, Turkey, on July 12, 2019. (Turkish Defense Ministry/Handout via Xinhua)

MOSCOW, July 25 (Xinhua) -- Russia has completed delivery of the first shipment of S-400 air defense missile systems to Turkey, according to media reports on Thursday.

More than 30 special flights have been made to Turkey starting from July 12 with the first batch of elements of the air defense system, Sputnik news agency said.

The two countries are now negotiating to continue cooperation on the issue, including the organization of licensed production of elements of the S-400 systems in Turkey.

"The S-400 supplies have strengthened not only the Turkish air defense network, but also the strategic partnership of our countries," Alexander Mikheev, CEO of Russia's state-run arms exporter Rosoboronexport, was quoted as saying.

According to the Turkish Defense Ministry, the deployment of S-400 systems is likely to begin in October.

In 2017, Russia and Turkey signed an agreement worth 2.5 billion U.S. dollars for two batches of batteries of the S-400 surface-to-air missile system, which is considered the most advanced of its kind in Russia, capable of destroying targets at a distance of up to 400 km and a height of up to 30 km.