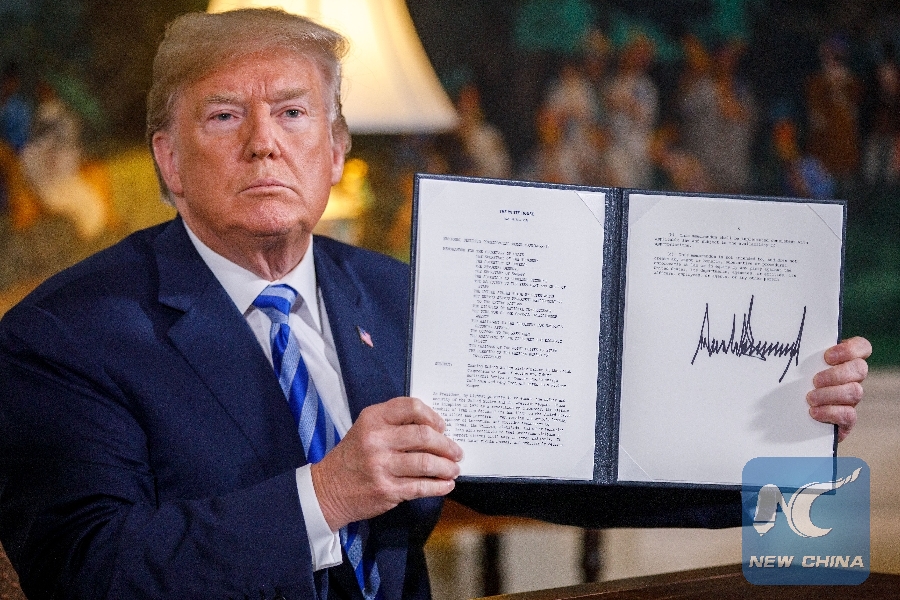 WASHINGTON, March 22 (Xinhua) -- The U.S. Department of the Treasury said on Friday that it had slapped sanctions on Iranian individuals and entities for their involvement in a defense research organization of Iran that assisted Tehran's past nuclear weapons program.

The United States imposed sanctions on 14 individuals and 17 entities in connection with Iran's Organization of Defensive Innovation and Research (SPND), which has provided support to designated Iranian defense entities and whose key personnel played a central role in Iran's past nuclear weapons effort, according to a statement issued by the Treasury.

"The United States will continue applying maximum pressure to the Iranian regime, using all economic tools to prevent Iran from developing weapons of mass destruction," Treasury Secretary Steven Mnuchin said in the statement.

"Anyone considering dealing with the Iranian defense industry in general, and SPND in particular, risks professional, personal, and financial isolation," he added.

As a result of the sanction, all property and interests in property of the designated individuals and entities are blocked, and U.S. persons are generally prohibited from transacting with them.

Moreover, the statement noted that "any foreign financial institution that knowingly facilitates a significant transactions for any of the individuals or entities designated today could be subject to U.S. sanctions."

The move came amid Secretary of State Mike Pompeo's ongoing trip in the Middle East, during which he called on joint efforts by regional countries to counter "Iran's threat." 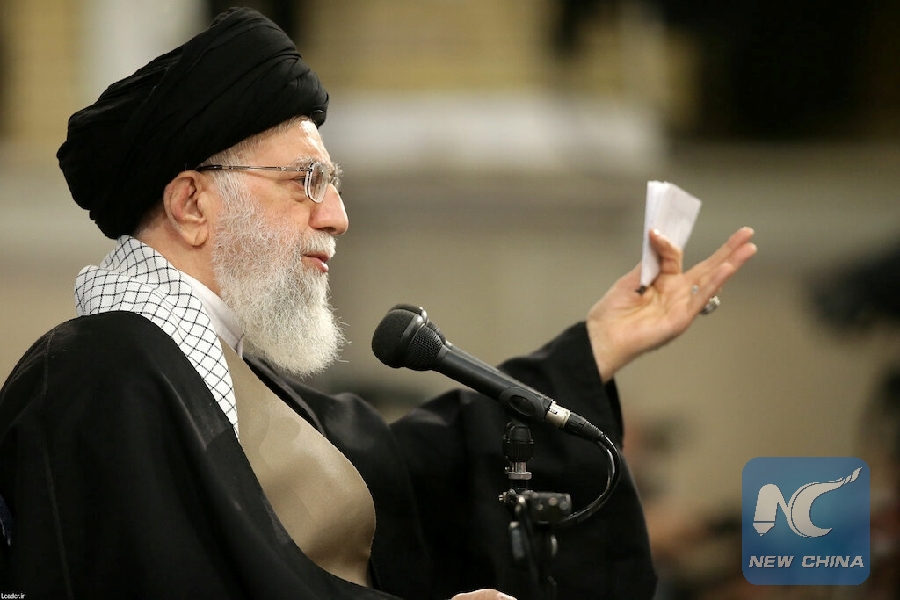 The Trump administration abandoned the Iran nuclear deal, also known as JCPOA last May and imposed various sanctions against Tehran. Iran's supreme leader Ayatollah Ali Khamenei said on Thursday that his country would defeat the United States in the latter's anti-Iran "economic war."

A report issued by the International Atomic Energy Agency (IAEA) last month demonstrated that Iran has remained within the key limits on its nuclear activities imposed by the nuclear deal.