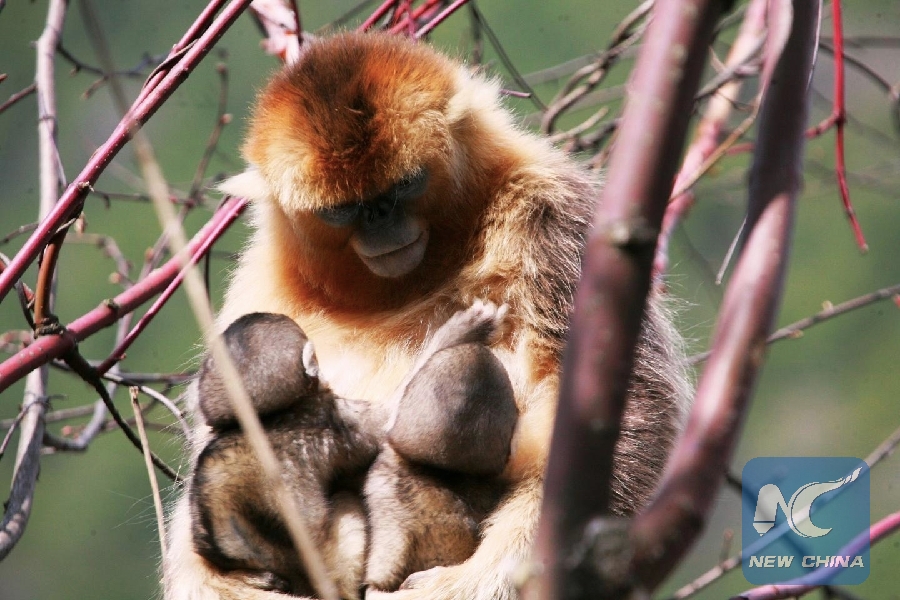 Nearly 90 percent of golden snub-nosed monkey infants evaluated in a five-year field study were nursed by females other than their biological mothers, according to a paper published on Wednesday in the journal Science Advances.

The researchers found that 40 out of 46 infants suckled from one or more females that were not their mothers, predominantly seen during their first three months.

Four of the six infants who did not receive nursing from another female died during winter, while only six of the 40 infants who were fed by "wet nurses" died, according to the study.

The study's co-author Xiang Zuofu with China's Central South University of Forestry and Technology told Xinhua that, since breastfeeding is energy-consuming, a majority of animal mothers are unwilling to do so and among primates, only prosimians and New World monkeys nurse infants that are not their children.

The cost of helping others are particularly high for monkeys such as the golden snub-nosed monkey that live in high-elevation temperate forests with extremely cold, five-month-long winters but those mutually beneficial behavior is believed to enhance infant survival and reduce postnatal reproductive costs incurred by the infant's mother, according to Xiang.

The study also showed that the allomaternal nursing activities occurred in a tolerant kin-based support network where those breast-feeding mothers are relatives.

Those collaborative activities are necessary in the early evolutionary age of human beings, so the study can provide a new perspective to human evolution study, according to Xiang.