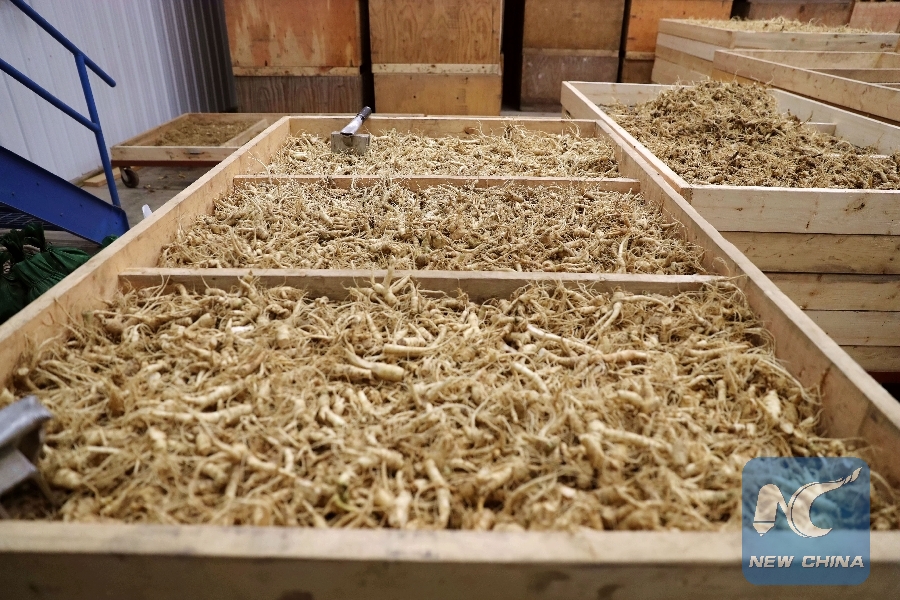 CHICAGO, Nov. 13 (Xinhua) -- Cliff Cebula lived a quiet life after his retirement in a white-brick house on the top of a hill overlooking 10 acres of land in Marathon County in the U.S. state of Wisconsin, until Jiang Mingtao, a doctor-turned ginseng farmer, came to him three years ago.

Being born and raised on a dairy farm in the county, Cebula never really tried his hand at growing ginseng. But when Jiang approached him asking if he was willing to plant ginseng on his land, Cebula was more than happy to say yes.

Wisconsin has a history of more than a hundred years in growing ginseng and is a major ginseng producer in the United States, accounting for 95 percent of the country's ginseng output. At peak time, there are some 1,500 ginseng growing farms in the state.

The boom of ginseng growing industry in Canada in the middle of the 1990s greatly pressed the market space for Wisconsin ginseng, the number of ginseng growing farmers in the state quickly dwindled to some 180, and the annual output now stands around 1 million pounds (about 500 tons), accounting for only 10 percent of the world's total output.

Jiang brought a current of fresh air into the ginseng growing industry in the state. Riding the wave of the economic growth and ever-improving people's living standards in China, Jiang launched the Marathon Ginseng International Inc in 2010, and targeted the Chinese market from the beginning. By 2015, the company had exported half of its production to the Chinese market. 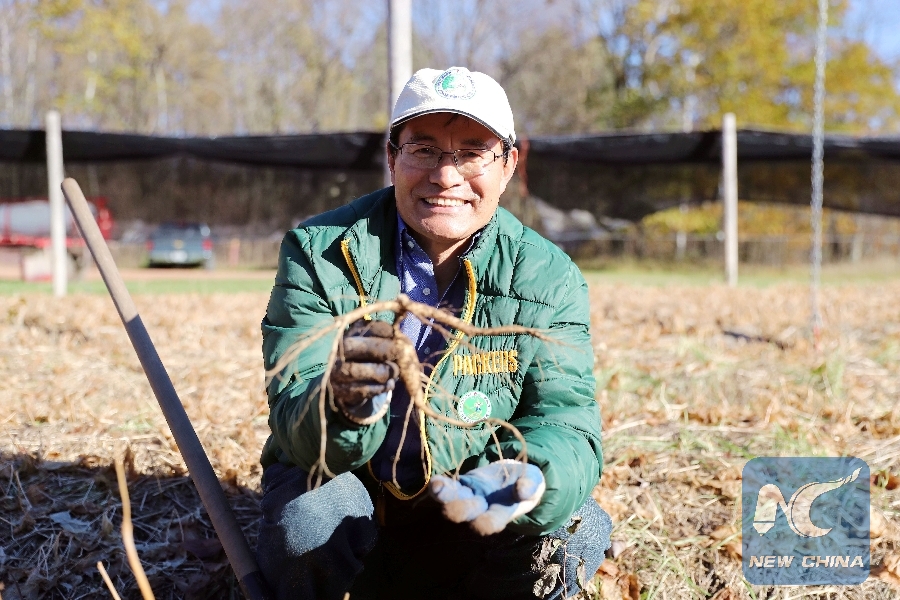 "We entered Chinese market in 2012; began to sell ginseng on Shanghai SMG-CJ Homeshopping platform in 2015; opened a sub-company in Beijing in May this year; and plans to open another sub-company in Chongqing Free Trade Zone in near future," Jiang told Xinhua.

Serving on Wisconsin Ginseng Board, Kirk did a lot of traveling to China.

"I traveled three times a year since 2002 to China, promoting Wisconsin ginseng... Then I got off the board and have started traveling on behalf of Baumann Ginseng now in China, promoting all of our sales directly into China, so we don't flood the market here and we're able to keep the price," said Kirk, who just returned from a one-week China trip two months ago.

China has a long history of eating ginseng roots, and is a world leading ginseng consumption market. Wisconsin ginseng enjoyed a good reputation in China. In 2017, the state exported 14 million dollars of ginseng to China alone, up more than 16 percent from 2016. U.S. total ginseng exports were valued at about 30 million dollars in 2017, and China was the biggest buyer.

"We're a very small part of it (China's consumption), but the very high end and the high quality," Kirk said proudly.

"Everybody knows this is a place to produce (ginseng). There's a very good soil for ginseng. It's well drained, it's like a sandy loam type soil, good drainage and very fertile soil," said Cebula, echoing Kirk's remarks.

Cebula helps Jiang with the ginseng garden at present. "There's a lot of work involved after the plant. It's got to be sprayed a couple of times a week, you want to make sure it's covered and got some drainage so a lot of water doesn't go into it. There's always something to do."

"I got acquainted with many (Chinese) businesses and clients, and they for the first time had a taste of Wisconsin ginseng. We signed letters of intent on cooperation," said Jiang with satisfaction.

"I had a better understanding of the Chinese market through the expo," Jiang said. "China is now the world second largest economy, promising huge opportunities to the world as well as to ginseng farmers in the U.S. We hope U.S. and China co-exist peacefully to the benefit of the mankind."

Kirk is thinking of this year's production. "It looks like we will be able to sell all our products into China. We are just getting the large pharmaceutical chains into the American ginseng, so that'll be more of an opportunity."

"I like Chinese food. I'd go back. Now I'm on a diet and losing weight for the next trip," Kirk told Xinhua.