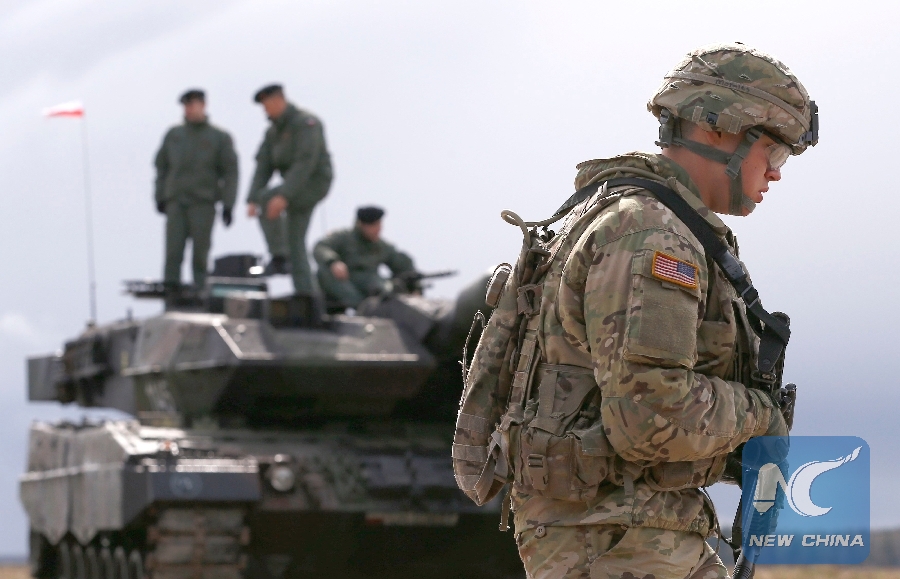 Speaking to the media at the Pentagon, Mattis said he would discuss with visiting Polish Defense Minister Marius Blaszczak about the details of the plan "at length."

The two defense chiefs are scheduled to meet later in the day.

"We are working out the details on what the offer is, what can best contribute to alliance unity, to alliance security and to the continued strengthening of the bilateral relationship," said Mattis.

According to a statement issued by Pentagon's spokesperson Dana White later, Mattis and Blaszczak met to "reaffirm the strong defense relationship between the United States and Poland and continuing commitment to work bilaterally through NATO to deter Russia."

During their meeting, Mattis thanked Blaszczak for his offer for increased U.S. forces stationed in Poland, the statement said.

Poland currently hosts up to 4,500 U.S. troops on a rotational basis.

Poland reportedly planned to permanently host a U.S. division on its territory. Russian Defense Minister Sergei Shoigu said on Oct. 24 that this plan was a threat to regional security.