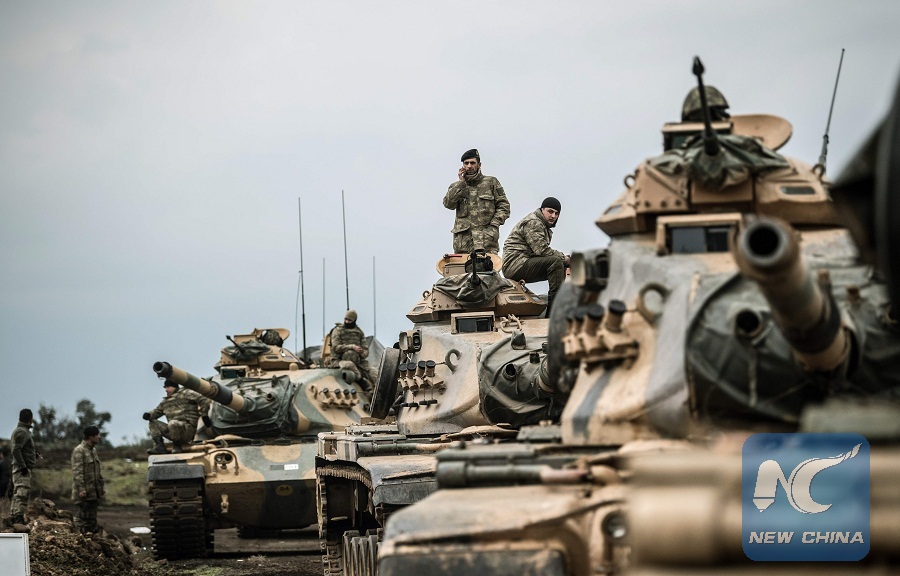 TEHRAN, Jan. 21 (Xinhua) -- Iranian Foreign Ministry on Sunday urged Turkey to protect the territorial integrity of Syria and respect the national sovereignty of the Arab state as Ankara launched a land operation against the Kurdish militants entering Syria's Afrin.

The Islamic republic is concerned about the recent developments in the Syrian city of Afrin, Foreign Ministry Spokesman Bahram Qasemi said in a statement on Sunday.

Tehran hopes Ankara to end the operation "immediately" to prevent escalation of crisis in the border regions of the two neighbors, Qasemi said.

Turkey launched the Operation Olive Branch on Saturday which aims to clear its borders from the People's Protection Units (YPG), a Kurdish group considered by Ankara as the Syrian affiliate of the Kurdistan Workers' Party (PKK).

The military operation aims to establish a 30 km security zone into the Afrin province from Turkish border, he told in a briefing to journalists.