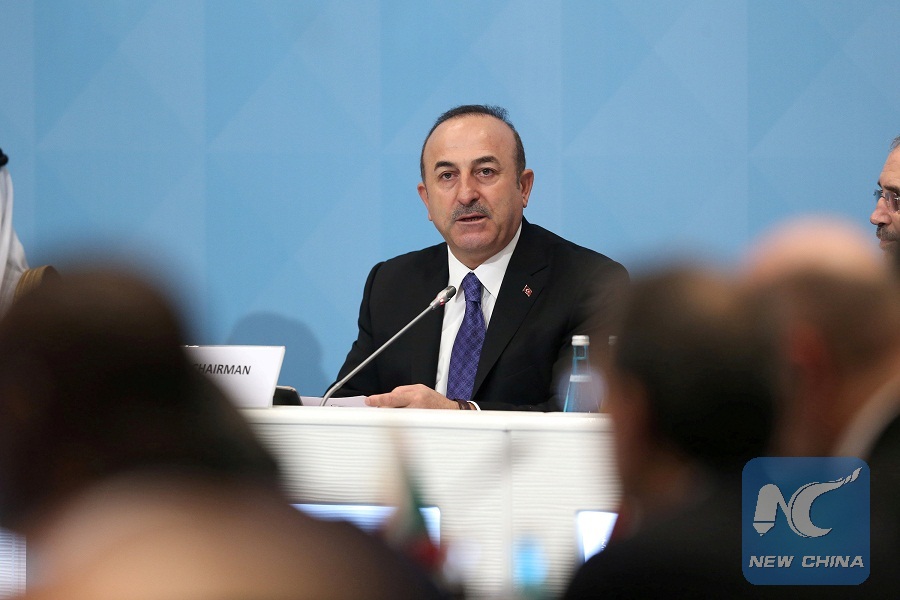 ISTANBUL, Dec. 20 (Xinhua) -- Turkish Foreign Minister Mevlut Cavusoglu on Wednesday urged the UN General Assembly to recognize the "invalidity" of the U.S. decision to declare Jerusalem as the capital of Israel after Washington vetoed a draft resolution asking it to withdraw this move.

The top Turkish envoy urged the General Assembly, which is scheduled to hold a rare emergency session on Thursday to discuss the status of Jerusalem, to move against the U.S. decision with "a strongest support possible."

"Not only Muslims but also the Christians are very disturbed by the U.S. decision to recognize Jerusalem as the capital of Israel," Cavusoglu said in Istanbul at a joint press conference with his Palestinian counterpart Riyad al-Maliki before leaving for the United States.

Following her country's veto of the Egypt-drafted request on Monday, U.S. ambassador to the UN Nikki Haley tweeted that "the U.S. will be taking names" of those criticizing its choice at the General Assembly.

"What are you going to do after taking the names? Are you going to punish those countries too?" Cavusoglu demanded, adding that "the world rebels against injustice now. No dignified state will submit to such repression. Nobody will bow to this pressure."

In response to the unilateral decision made by U.S. President Donald Trump on Dec. 6, Turkey called for an extraordinary summit of the 57-member Organization of Islamic Cooperation in Istanbul on Dec. 13, which declared East Jerusalem the capital of Palestine "under occupation."

Trump's decision has sparked clashes and protests in countries from the world, as the status of Jerusalem is among core issues to be settled through negotiations between the Israelis and the Palestinians.