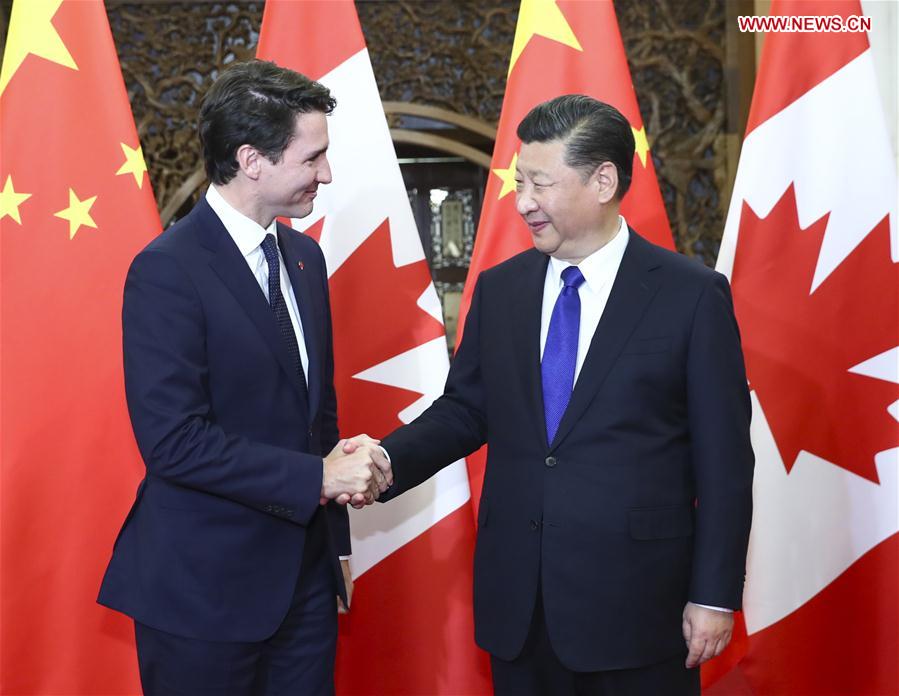 Xi made the remarks while meeting with Canadian Prime Minister Justin Trudeau, who is paying an official visit to China from Dec. 3 to 7.

Welcoming Trudeau on his second China visit since taking office in November 2015, Xi said that frequent visits between Chinese and Canadian leaders play a leading role in the development of bilateral ties.

Xi said that China and Canada complement each other with their respective advantages and enjoy great cooperation potential.

"Enhancing political mutual trust is the prerequisite to the stable development of state-to-state relations," Xi said.

He said that a country's development path could only be decided by its people, and that China and Canada, though having different political systems, could respect each other and seek common ground while reserving differences.

Xi encouraged the two countries to strengthen cooperation and expand exchanges to bring more benefits to the people of both countries.

"China and Canada need to fully tap potential and create more bright spots in cooperation in areas such as energy resources, science and innovation, aviation, finance, modern agriculture and clean technology," Xi said. "China will continue to support capable Chinese enterprises in investing in Canada and welcome Canadian enterprises to take an active part in Belt and Road Initiative."

He also called on both sides to intensify exchanges and deepen relations on education, culture, tourism and sports, and strengthen cooperation on key areas such as climate change and coordination within multilateral frameworks.

He said the two countries need to work together to hold a successful China-Canada Year of Tourism in 2018, adding that China is willing to learn from Canada on hosting Winter Olympic Games.

Trudeau said he agrees with Xi's comments on Canada-China relations.

Recent years have witnessed robust momentum in bilateral cooperation, which has brought benefits to both peoples and sent positive signals to the international community, he said.

Canada is committed to deepening relations with China on the basis of mutual respect and mutual trust, boosting cooperation on economy, trade and people-to-people exchanges and intensifying coordination on major global and regional issues, he said.