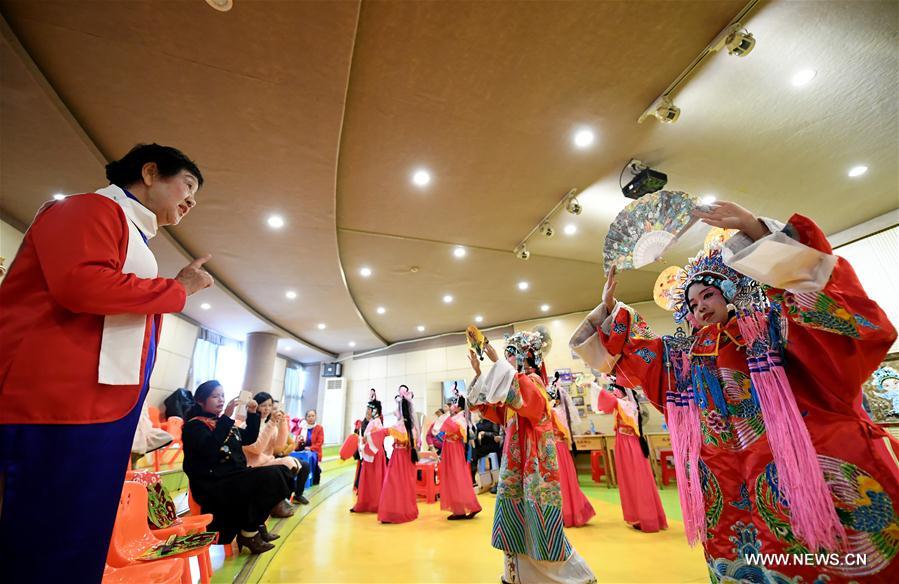 Li Fusong (1st L), 79, a retired teacher, directs children to perform the Peking Opera at the children's center in Liuzhou City, south China's Guangxi Zhuang Autonomous Region, Dec. 3, 2017. Li has been fond of the Peking Opera since childhood, but she didn't get the chance to learn the opera until her retirement in 1994. During her self-study in the following ten years, she found that most of the opera fans were just middle-aged and old people. She then made a resolution to pass on the traditional art to young people with her own efforts. Li opened the Peking Opera class for free at her former workplace Liuzhou City Vocational College in 2004. The Peking Opera training was also held by Li in nearly 10 primary schools, colleges and children centers for free. Li said she just hoped the younger generation would like the Peking Opera. With a history of more than 200 years, Peking Opera is one of China's main traditional drama forms and on the UNESCO intangible cultural heritage list. The art combines instrumental music, vocal performance, mime, dance and acrobatics. (Xinhua/Li Hanchi)